Mercedes-Benz in the spotlight at the Salon Retromobile 2016

Paris is the land of elegance, so the Mercedes-Benz classics will feel right at home there. At the Salon Retromobile, Mercedes-Benz Classic is displaying legendary cars like the 1956 Mercedes-Benz 300 S or the 1969 280 SE 3.5 Cabriolet. The new S-Class Cabriolet and the latest SL will also be there.

Over 450 exhibitors with over 500 vehicles on display are expected this year in Paris. Starting February 3rd, at the Paris Exhibition Center at Porte de Versailles, the Mercedes-Benz roadsters and cabriolets are showing off with beauty, class and vigour. The Mercedes stand will be a journey through time, as the brand is showing various generations of its models. Six cars will be on the stand at the Salon Retromobile, the event that got its grand opening back in 1976.

The Mercedes-Benz 300 S Roadster is going back where it debuted in 1951, at the Paris Motor Show. The legendary 2-door roadster was essentially like the Cabriolet version, though featuring a lightweight canvas top and an extremely sporty stance.

Four years later, Mercedes-Benz revealed a revised version of the 300 S, with the innovative direct petrol injection and with a power boost of 25 HP. At that time, it was out on the market for DM 36,500, making it the most expensive car produced by a German manufacturer, compared to the way cheaper DM 29,000 Mercedes-Benz 300 SL, that showed up in 1956. Only 53 such units were built, making the 300 S Roadster with injection engine is one of the rarest passenger cars from the post-war years.

The Mercedes-Benz 300 SL Roadster saw the light of day at the Geneva Motor Show in March 1957. Technology-wise, the Roadster was very much like the Coupe version, featuring a modified space frame that allowed the mounting of the conventional doors instead of the gullwings. 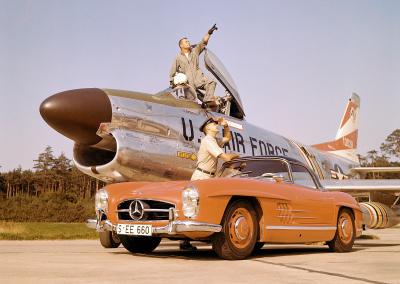 Breaking its fans’ hearts, Mercedes-Benz put an end to the series production of the 300 SL Roadster in 1963. Exactly 1858 units had been built so far.

The one of a kind “Pagoda SL” series W 113, was the car that managed to put together the qualities of its two predecessors, the uncompromising 300 SL (W 198) standard-production sports car and the 190 SL (W 121). That is how it turned out to seduce a very demanding clientele, even if it came with prices to match its personality. 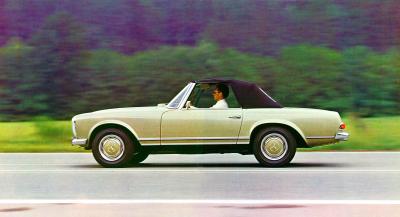 As the flagship model of the W 111 Cabriolet range, the Mercedes-Benz 280 SE 3.5 Cabriolet, came into the world in 1959, with the extra luxury factor of the family of the open-top cars based on the “Fin Tail” saloons”. 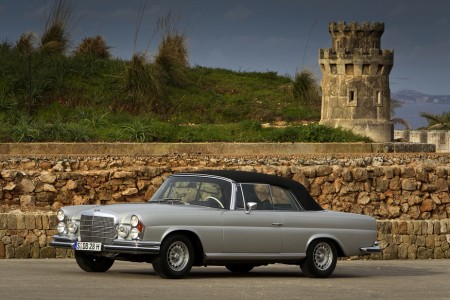 Only 1232 such units of the eight-cylinder Cabriolet with automatic transmission were built at that time.

Taking on a mission to build legendary cars, Mercedes-Benz brought the new S-Class Cabriolet into the world, in 2015. It is the first four-seater convertible sent by Mercedes to the road since 1971. 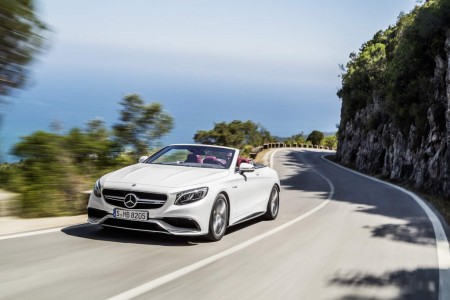 Boasting unmistakable, sensual line and cutting edge technology, the S-Class feels like summer even in winter time, with its intelligent climate control system. In case snow or rain hit though, the canvas top can be closed while driving at speeds up to 60 km/h.

The SL Roadster debuted at the Los Angeles Auto Show this past November and will arrive in showrooms in April. Dynamic design and high-performance engine, the SL features the 9G-Tronic automatic transmission across the range and the DYNAMIC SELECT with five modes and the Active Body Control with curve tilting function to provide extra comfort and sporty behaviour. 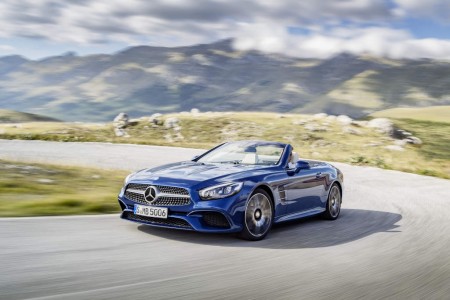 All these legendary roadsters and cabriolets will be on display in Paris, from February 3rd to February 7th, ready to mesmerize guests and throw them into the time machine of the automobile history.