Green Heaven. We give you the first Mercedes GLE 500 e test in every day traffic

Mercedes GLE 500 e test. We sample the new GLE 500 e in every day traffic, the first plug-in hybrid SUV in Mercedes-Benz history. Formerly known as the ML-Class, the big Benz gets a new name and a new petrol-electric plug-in hybrid to complement the customary styling upgrade. Photo credits: Bogdan Paraschiv

The GLE now steers towards Mercedes’ rounded design language of late featuring a front-end look lifted from its Coupe counterpart, huge grille and slimmer, more aggressive headlights included. The only notable alterations made to the back concerned the detailing adorning the taillights and bumper. 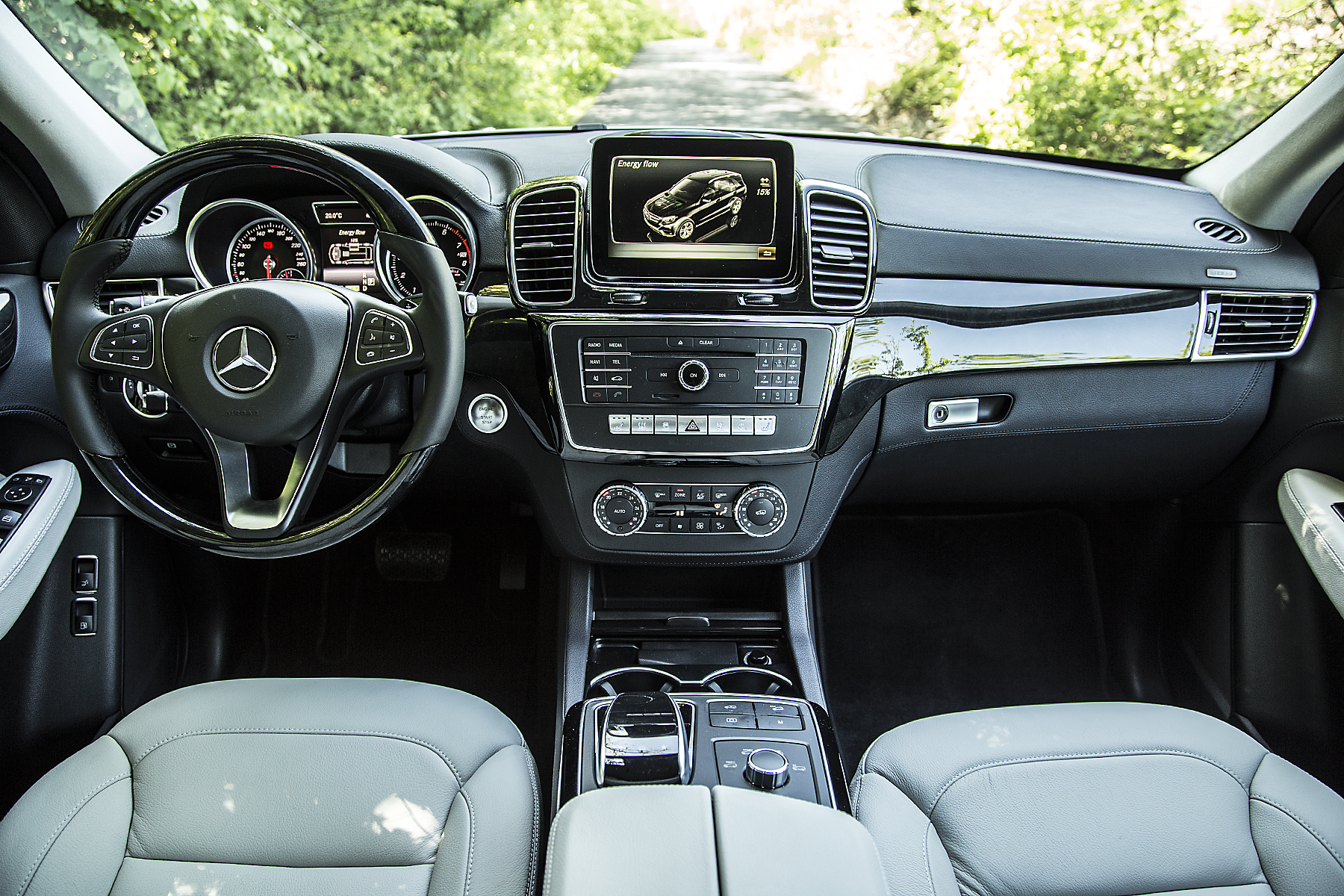 Inside, the biggest novelty is the bigger, clearer infotainment screen (8-inch) operated via a rotary knob, reminiscent of that found in the new C-Class. Overall, the update made to the infotainment system is clearly a welcome upgrade. 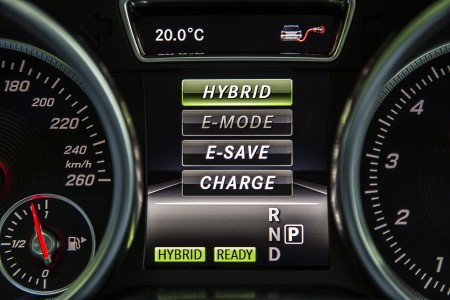 GLE 500 e offers four driving modes for the hybrid system – E-Mode, E-Save, Charge and Hybrid with the electric engine itself integrated between the 7-speed automatic 7G-Tronic Plus gearbox and the combustion engine.

The default is Hybrid. Automatically selected right from the outset this program basically keeps both or either of the two engines in service, switching the petrol V6 off whenever possible or boosting performance by calling the electric unit to arms. In pure electric E-Mode, the conventional motor is asleep at all times and the car is running on electrical power alone. There is also the E-Save mode, extremely useful if you want to keep what’s in store in therms of energy and use it later on in city traffic. Charge uses the combustion engine to refill the batteries . Switching between these functions is basically seamless, though you will notice the engine coming in. A useful detail: the accelerator pedal has a certain pressure point which, if not surpassed, keeps the combustion engine shut at all times. 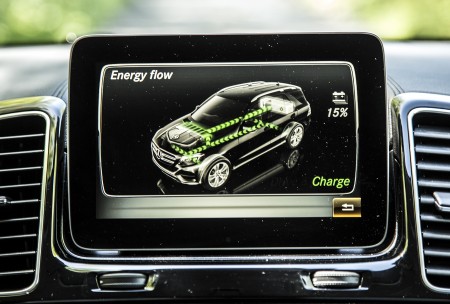 And it’s not just marketing talk. In E-Mode, with a full battery, we managed to end our 19 km city tour with an 8 km remaining range, all driven on electric-energy alone. Of course, the trick was to keep the conventional engine off by pulling away gently from traffic stops and glide as much as possible without waking up the V6 engine. In Hybrid mode, with the battery almost repleted (20%), we have recorded a 9,7 l/100 km consumption during our city run – on the same 19 km route with a 21 km/h average speed. Outside the city, on a 75 km run comprising of national express roads and small towns, the mixed consumption clocked in at 7,7 l/100 km (average speed 61 km/h).

The warm-temperatures certainly lend their helping hand as well in our test, with the battery juice alone not capable of sustaining 30 km on its own in cold weather.

Leave it in Comfort if wafting along serenely is what tickles your box, or take it all the way up to Sport to unleash the full dynamic potential on offer and make the GLE 500 e more focused, more agile. True, in this setting, the larger potholes do seem to upset the chassis a notch or two higher on a scale from 1 to 10, but the deliciously weightier steering and reduced body roll are clearly worth the minimal trades made in therms of comfort. In Comfort the ride is supremely settled, though, and the smaller 19-inch wheels and taller tyres of the hybrid are only there to highlight this. No matter which facet of the GLE 500 e you fancy, what impresses the most is the suspension’s delicious ability to cope with the considerable bulk of the 2,450 kg firmly imprinted on the GLE’s spec sheet. 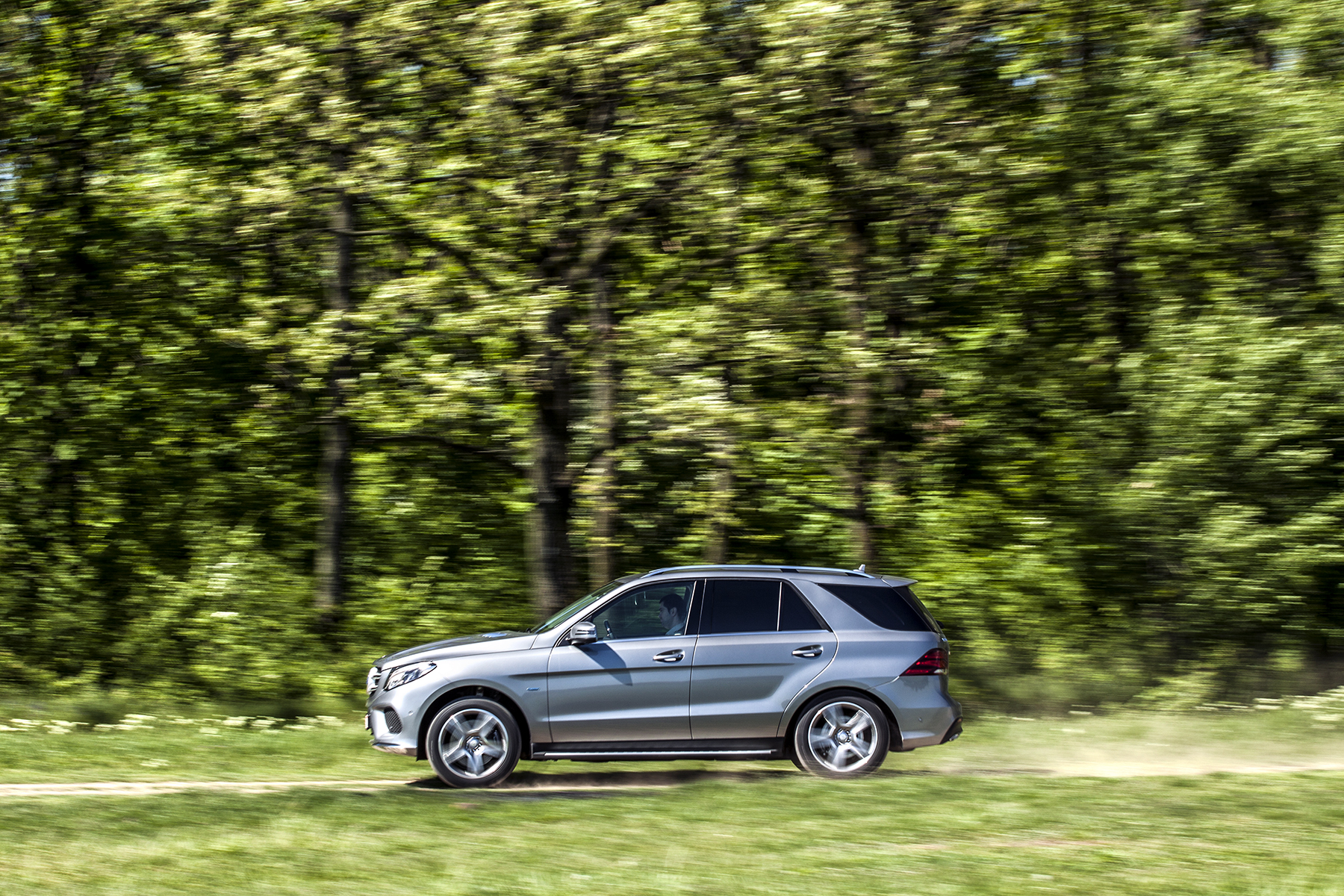 Charging from a special Mercedes wall box takes around two hours but you can also use the petrol engine as a generator via the Charge mode. The lithium-ion battery placed under the boot floor (or should we say on top of it, as it creates an unpleasant prominent area) is manufactured by Magna and has a 8,7 kWh capacity. From a normal outlet, the car is ready to go and fully charged in 4,1 hours. The charging socket is integrated into the rear bumper, hiding from plain sight under a small flap carved on the right side corner.

The boot space is significantly eaten into by the battery pack. As a result, the GLE’s load area is good for 480-1800 litres, instead of the 690-2010 litres advertised by the conventional GLEs while the floor of the luggage compartment is higher than the lip as well. Ouch! Even Mercedes’ new GLC SUV in the class below is blessed with more luggage room. 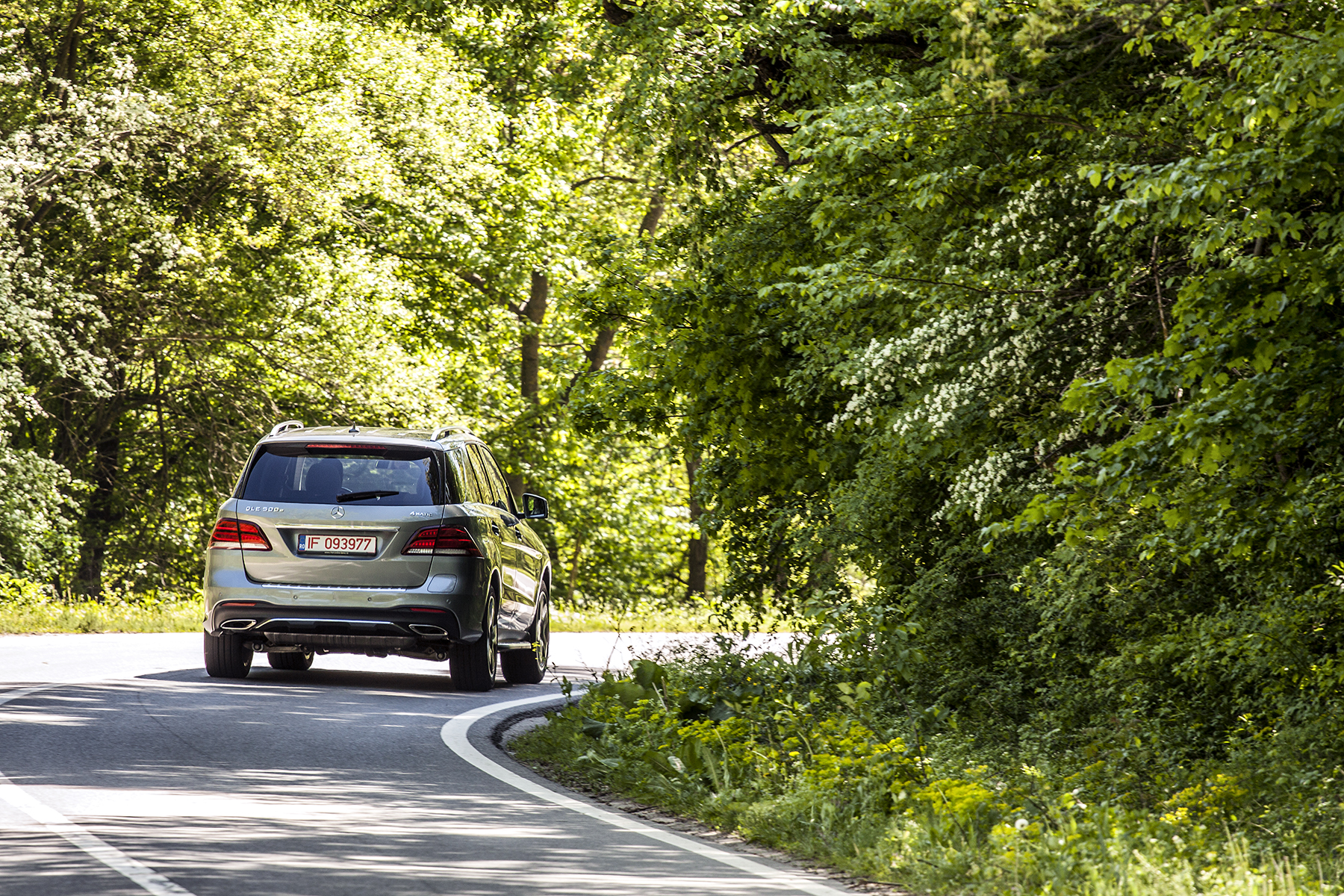 Of course, all the gimmicks must come at a premium. Starting at 74.196 euro, the GLE 500 e is slotted way above its conventional diesel counterparts. Saving the world and gaining a Greenpeace all-time pass in the process will cost you 13.149 euro more compared with GLE 350 d 3.0-litre V6 diesel and the canyon rises to a staggering 19.992 if we take into consideration the GLE 250 d 2.0-litre’s price tag – with all values lifted from the German market configurator. 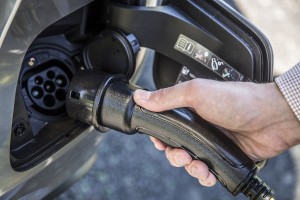 So, the obvious question arises. Is the plug-in hybrid worthy of this premium? Yes and no. From a real-world perspective, the diesel would probably cater for a better range with similar efficiency. But nothing can match the sci-fi, alien aura of a fully-fledged plug-in hybrid doing its ballet number between the sportiness of a V6 petrol monster and the delicacy of a castrate diesel. And the all-new Mercedes-Benz GLE 500 e has that in spades.