First Mercedes-Benz GLC Coupe Concept photos have been leaked to the web by Italian blog Carpassion. The official premiere will take place this Monday, on the floor of the Shanghai Auto Show.

The look of the concept also closely previews the final look of its more conventional counterpart, the GLC SUV, as well as the design of future Mercedes SUVs. In fact, this assumption seems plausible since the concept does bear a strong resemblance to the plethora of pre-production GLC prototypes, spied testing. 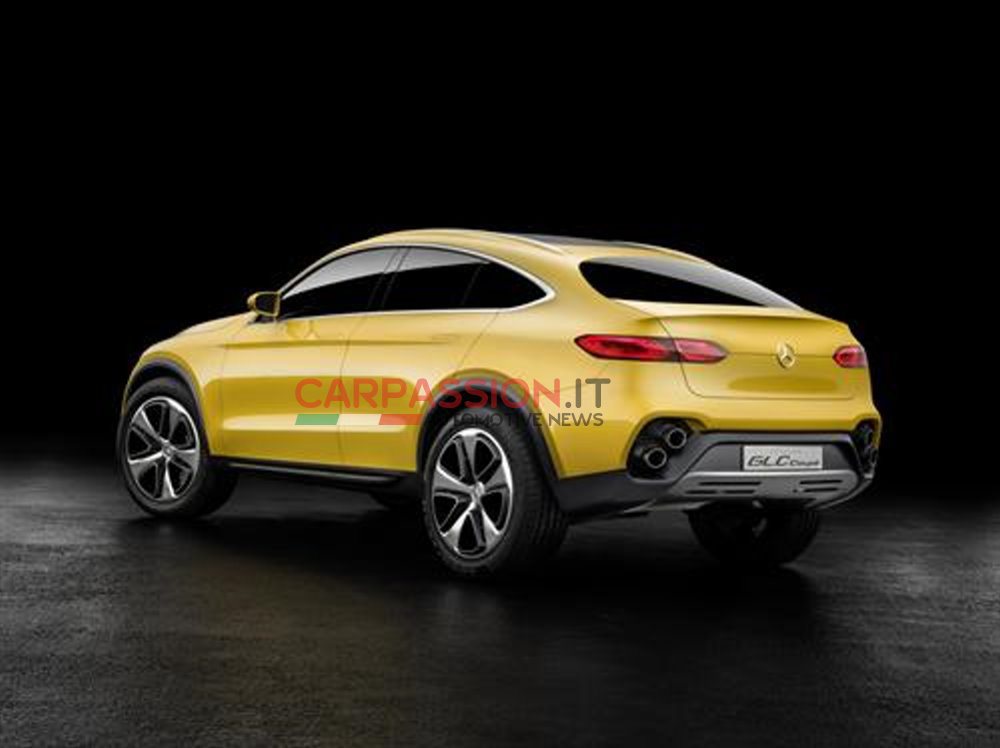 Tech-wise, Mercedes-Benz GLC Coupe will inherit the same platform set to underpin the entirely rejuvenated C-Class family. The engine line is also expected to mimic the one featured by its smaller brother.

So, four and six cylinder units and a ‘GLC350′ plug-in hybrid version, available shortly after launch – the same powertrain used by the C-Class’ eco version, matting a 2-liter turbo with 211 HP to a 60 kw electric engine, for an electric range of 30 km.