The concept of the future Mercedes-Benz GLB compact SUV (X247) will be unveiled at the Shanghai Auto Show, on April 16-17. First interior photo.

To hype up the anticipation, Mercedes-Benz has published the first sketch of the interior. As expected, the dashboard is very similar with the current generation A-Class. Customers will be able to order a 10.25-inch digital instrumentation and a 10,25-inch center touchscreen connected to the new MBUX infotainment system.

The steering wheel with the touch buttons and the central console with the big touchpad are also similar. The difference appears at the three central air vents which are independent in the concept while on the A-Class are placed on the same support.

Seen as a smaller G-Class, the future Mercedes-Benz GLB will take styling cues from the Ener-G-Force concept and will be offered alongside a special package dedicated to off-road lovers. At the same time, Mercedes is preparing a series of aesthetic lines which will mimic the latest generation G-Class.

Mercedes-Benz GLB is the fifth model based on the new MFA2 platform used for the A,B, CLA and CLA Shooting brake. With the option for seven seats, Mercedes-Benz GLB will not replace the GLA and will coexist together. The second generation GLA will follow next year.

The range of the engines will include the bigger engines from the A-Class and also two AMG versions: GLB 35 4Matic with 306 HP and GLB 45 4Matic with 408 HP.
The new 2 liter diesel OM654 mounted in transversal position with 150 HP (GLB 200 d) and 190 HP (GLB 220 d) will be combined with the new 8 gears double clutch automatic transmission 8G-DCT. The new 1.33 liter (163 HP) developed in cooperation with Renault will find a place in GLB 200 in combination with 7 gears double clutch automatic gearbox made by Getrag (7G-DCT). The 2 liter petrol engines made by Mercedes-Benz will be available on GLB 220 (190 HP) and GLB 250 (224 HP) in combination with the revised 7 gears automatic double clutch gearbox made by Mercedes-Benz.

Following the debut of the Mercedes-Benz GLB concept this month, the production version is set to be presented this autumn, at the Frankfurt Motor Show and will go on sale at the end of this year. 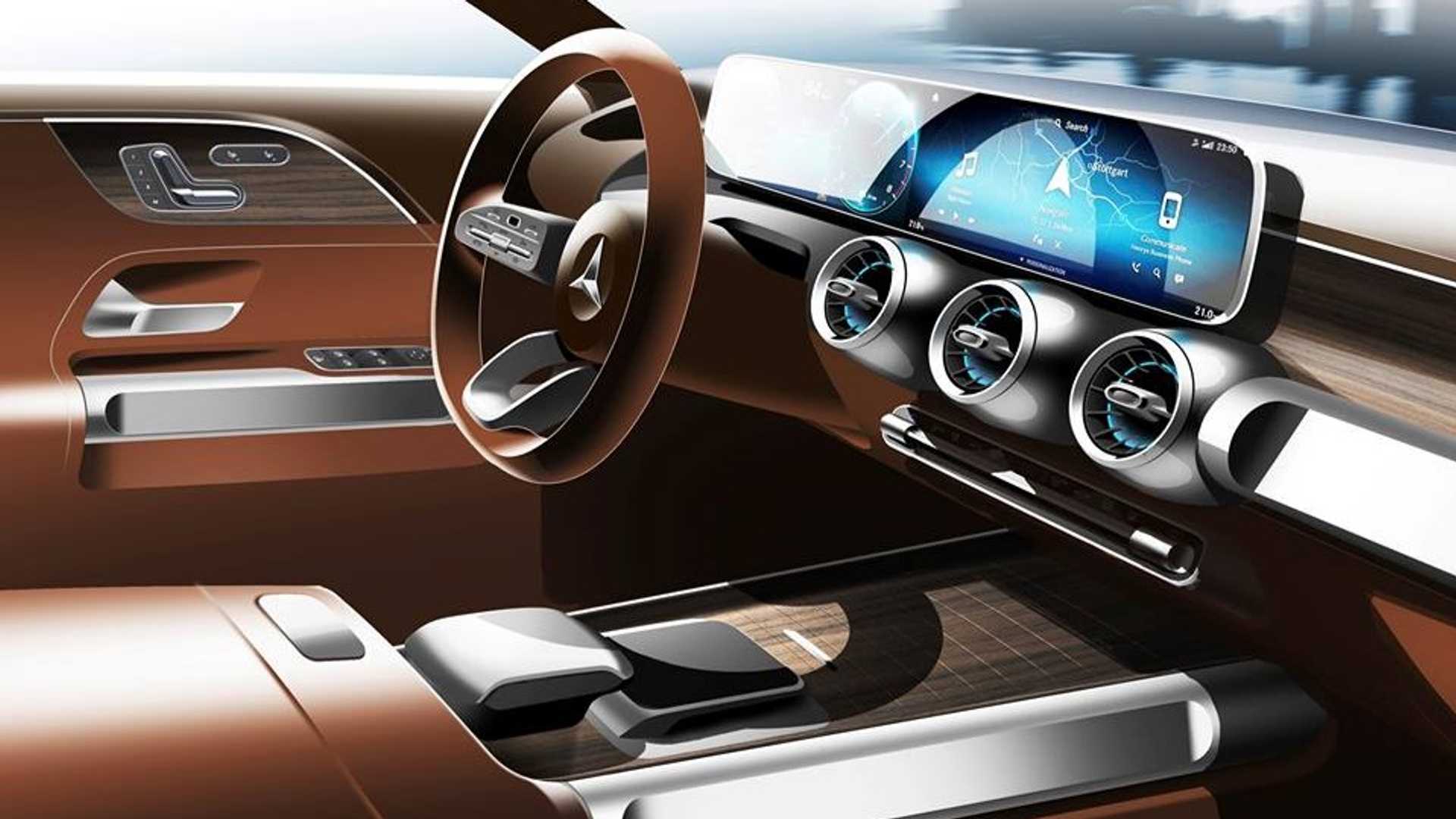