Alcohol and driving don’t mix very well. A drunk Chinese driver behind the wheel of an imposing Mercedes-Benz G55 AMG was quick to demonstrate this theory.

The intoxicated Quanzhou, Fujian Province resident managed to wreck no less than six cars before fleeing the accident site on foot, CarNewsChina reports. 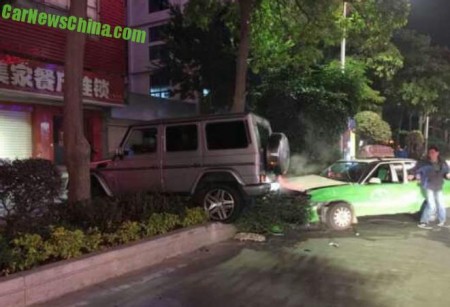 According to eye-witnesses, the Mercedes-Benz G55 AMG driver first struck a green VW Santana taxi, escalated a tall bush and kept on going. He got back on the road, finding its second victim, a red Chery sedan which escaped with minor “injuries”. The third strike is also the luckiest, a saying goes. Not in this case, as evidenced by our stunt-driver wannabe. The monster G55 AMG obliterated three more cars on a one-way street and finally ended its crazy run on top of a silver Volkswagen Jetta. 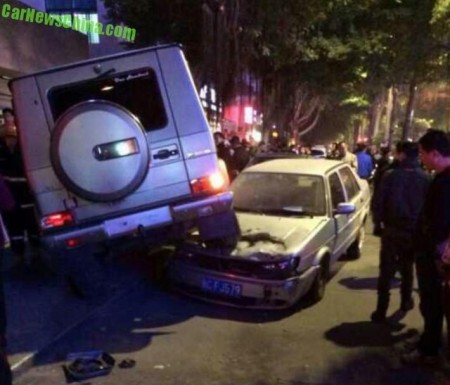 The drunk driver managed to escape on foot. The Mercedes-Benz G55 AMG proved once again it’s one of the toughest cars on sale today, saving his owner’s life not once, but six times. Police are still searching for the unknown auteur of the Quanzhou mayhem.