Some things never change in time and the reputation of the Mercedes-Benz G-Class is surely one of them. The looks have not been much altered either in its 40-year existence. The off-roader turns 40 this month.

It started in 1979 and it still goes on and on, an icon that has never faded throughout its lifetime of four decades.  It was the beginning of February 1979 when the 460-model series G-model premiered in Toulon, France, bringing to the front the “uncompromising off-road and on-road capability”. The 463 model series manufactured in Graz, Austria, starting May 2018, keeps its ground with the same abilities. 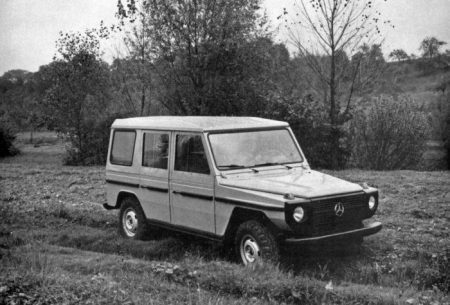 But the story actually goes even further behind. In the summer of 1969, Daimler-Benz AG and Steyr-Daimler-Puch AG started negotiation on a possible partnership. In 1971, they put the idea of building a vehicle together, on paper, for the first time. And it had to be on off-roader.

In April 1973, the first wooden model saw the light of day. By 1974, the first prototype was already out testing. It was Bruno Sacco the man to give the final design touches. The car was all boxy and cubic, with straight lines and clear surfaces. No space for hesitation, nor doubt. 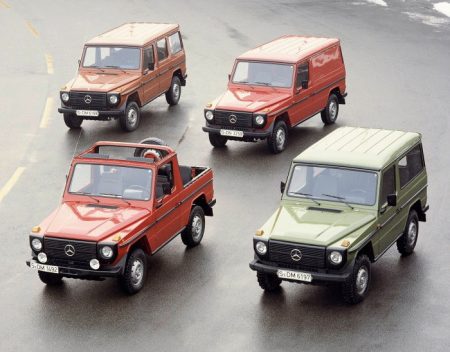 The car was built at the Puch plant in Graz-Thondorf. It is the same place the new G sees the light of day nowadays. Mercedes-Benz has been supplying components such as engines, axles, steering systems and large stamped parts from various sites in Germany to Graz since 1979.

The vehicle entered series production in February 1979 and it has been making steps forward ever since. The standardly fit power steering came with the 280 GE and the300 GD, starting 1987. The differential lock became standard equipment in 1985, while the ABS anti-lock braking system has been fitted on all models starting 1990. It also got the on-demand all-wheel drive system. 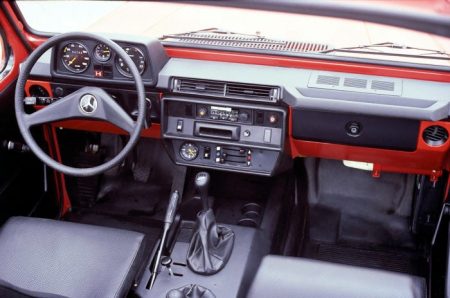 In 1992, the model series 461 came to life, which sprang various professional variants. Recaro seats for the driver and front passenger were the refinement detailing available since 1981 and became standard in 1982. 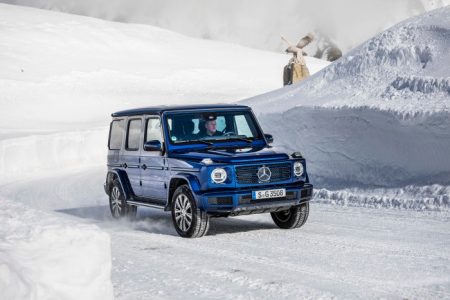