There is no other spot in Japan that bursts with culture like Kyoto does. So Mercedes-Benz took the G-Class straight into the heart of the Nippon culture for an exceptional photo session . Let’s see what came out of it.

Driving from Tokyo to Kyoto through the late fall scenaries, the Mercedes-Benz team had plenty of time for artistic photography to capture the beaten gold and ruby-disguised leaves of the Japanese decor. Once inside the former imperial capital of Japan, they stopped to taste the traditional soba noodle, in an old fashion restaurant.

And then, well-advised by photography artists Ariko Inaoka and Sean Lotman, they hit the cultural center of the 1,5 million inhabitants city. All throughout history, Kyoto has also been called „ The City of the 10 000 Shrines”. Right now, 1,600 Buddhist temples and 400 Shinto shrines, almost all made of wood, are left standing to defy the centuries. 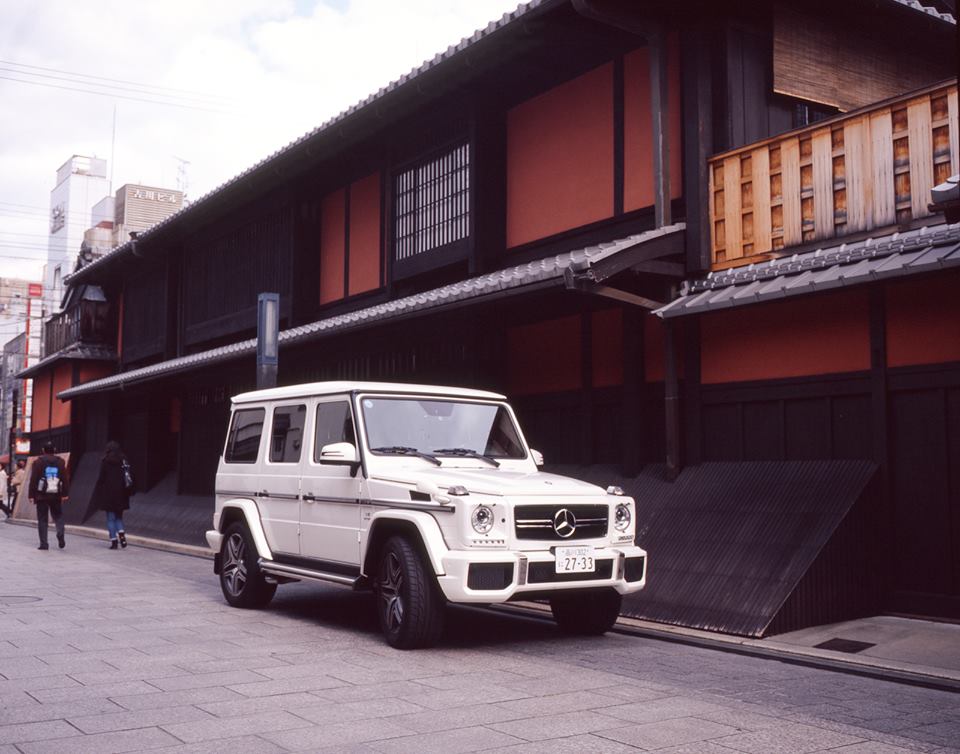 A millenium and a half old, Kyoto hoasted the emperor’s residence before 1869. His move weakened the economy, but the city lived on. By the World War II, it was about to be completely erased from books of history. The United States were targetting Kyoto with an atomic bomb, because, as cultural and intellectual center of Japan (it still has one of the best national universities worldwide), they guessed it featured „a population that could better appreciate the significance of a weapon”. The secretary of War in the Roosevelt and Truman administrations, Henry L. Stimson, insisted on sparing Kyoto. Instead, they targetted Nagasaki, on a terrible air raid, on August, 9th, 1945. Otherwise, the decor for the photo session of the G-Class should have been some other.

In a country where the Shinkansen train can reach a speed worthy of a mid-size passenger jet (581 km/h is the world record), the Mercedes-Benz team took their time to enjoy the very smooth culture trip through Kyoto. You can enjoy the photo gallery of the Mercedes-Benz G-Class: