Yesterday, Mercedes-Benz published the first teaser of the new Mercedes-Benz EQS study model that it is bringing to the Frankfurt IAA. A few hours later we get to see the interior of the study model.

Mercedes-Benz will unveil next week a new EQ study model, a car that – as we described yesterday – is the harbinger of a fully electric flagship. Mercedes-Benz is currently offering the EQC and recently the fully electric version of the V-Class, the EQV, was added to the range.

In the long term, these models will be accompanied by an electric hatchback (EQA) and a fully electric limousine. That top model will most likely be known as the EQS and will soon be on display at the IAA in Frankfurt in prototype form.

What lies beneath? Mercedes sparks the fans’ imagination with intriguing teaser

The interior of the concept car, described by Mercedes-Benz as ‘luxurious four-seat sedan’, looks downright futuristic. The B pillars seem to be missing, which in our opinion indicates a four-door coupé bodywork. A middle tunnel runs through the complete seating compartment, which undoubtedly contains storage space.

Small digital displays are mounted on the door panels for all occupants. We also observe a huge screen on the dashboard, a layout expected to debut in the next generation S-Class too. With its remarkable shape, the steering wheel is of course not entirely ready for production.

Next week, the study model can be admired up close in Frankfurt and we will bring you our live report and impressions from the show floor. 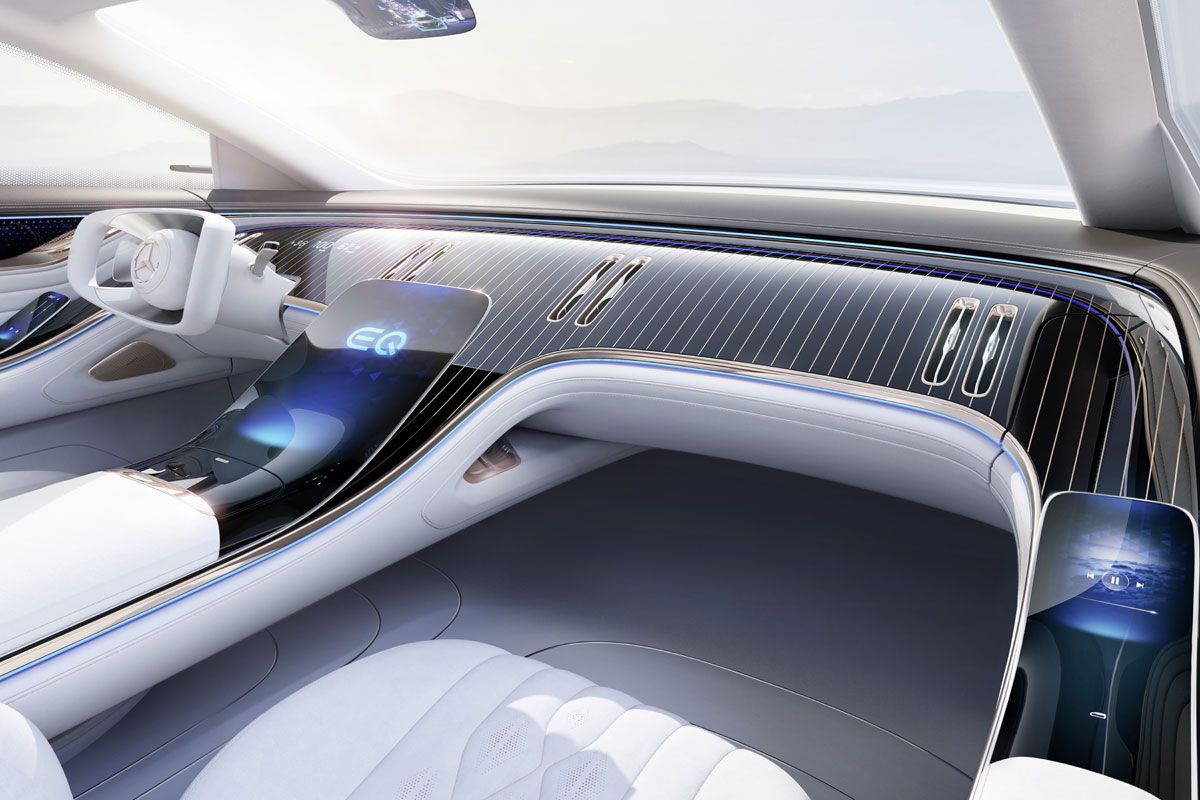