The new Mercedes-Benz EQC has just seen the light of day, but it has already become an inspiration for the digital artists that invaded the internet with renders of the other models of the brand reinterpreted in the EQC style.

With the electric vehicles market rushing to glory, the Mercedes-Benz EQC is the right car at the right time. Digital artists seem to agree and they have already designed the A-Class hot hatch and the X-Class pick-up truck equipped with an EQ-typical grille. 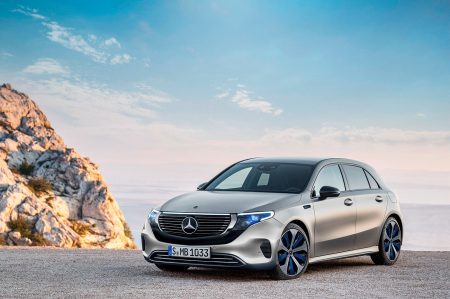 Next on the list of the sub-brand’s engineers is the compact EQA, that we have already seen testing. So the A-Class EQ digital render, designed by Kleber Silva, comes as a preview of what we might see in the genuine model soon.

But the Mercedes-Benz X-Class, revealed last year, now gets a striking surgery at the front end, provided by the imagination of the artist, is not intended to be converted into a pick-up truck with zero emissions, that Kleber Silva calls EQX. Besides, the platform supplied by the Nissan Navara might not accept battery-powered propulsion. 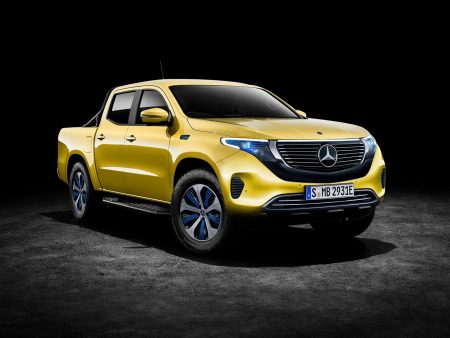 Instead, the EQS sedan might arrive sooner than we expected, since the electric limo has hit the road wrapped in camouflage, testing ahead of series production.

The EQC is powered by two electric motors, one engaging each of the axles and producing a total output of 402 horsepower and a peak torque of 765 Nm. The electric crossover runs from 0 to 62 mph (100 km/h) in 5.1 seconds only and hits a top speed electronically limited at 111 mph (180 km/h). In the NEDC, the SUV features an official range of 279 miles (450 kilometers), provided by the 80-kWh lithium-ion battery. But the figures are about to change according to the new WLTP emissions standard.