Mercedes-Benz is set to reveal the company’s first electric crossover designed to be a vehicle with zero emissions. The Stuttgart-based company shows yet another teaser of the future car.

Based on the EQC Concept revealed two years ago, Mercedes-Benz EQC has been testing across the world, in extreme conditions, before seeing the light of day in the final version. Heavily camouflaged with the black-and-blue attire, the EQC has been partially revealed by the teasers that showed the front and the rear end of the electric car. The one released now shows even more.

We are inching closer to the moment of the official reveal, set to take place tomorrow in Stockholm, Sweden. 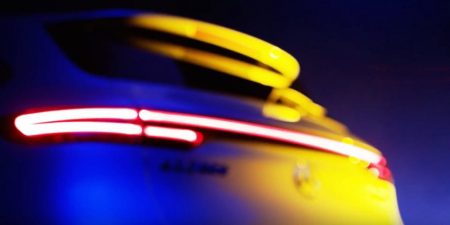 The EQC is supposed to receive, similar to the concept, a 70-kWh battery that provides it with a range of up to 500 kilometers (310 miles), but the new WLTP standard, in force starting September 1st, will bring the car new figures. Two electric motors on the front axle and another one on the rear axle will set the electric crossover in motion. Mercedes grants it with an acceleration from 0 to 100 km/h (0 to 62 mph) under five seconds.

The Mercedes-Benz EQC will hit the road next year.