The Mercedes-Benz EQ SL digital project is what the SL range might be in the near future: a lineup of high-performance models with hybrid and all-electric propulsion. Here is the take of a digital artist on the current roadster.

The image is just a render by Peisert Design, based on nothing else but imagination, since no spy photos can be considered, as Mercedes is still in the plan-making stage concerning the model. All we know so far is that the star-branded company is planning to take the SL along a different road, converting the current roadster into a performance-oriented coupe.

The render by Peisert Design keeps the radiator grill together with the horizontal louver supporting the three-pointed star, the bonnet, the slim silhouette of the roadster and adds original headlights layout, elongated up to the front fenders, to give it a futuristic virtual restyling. 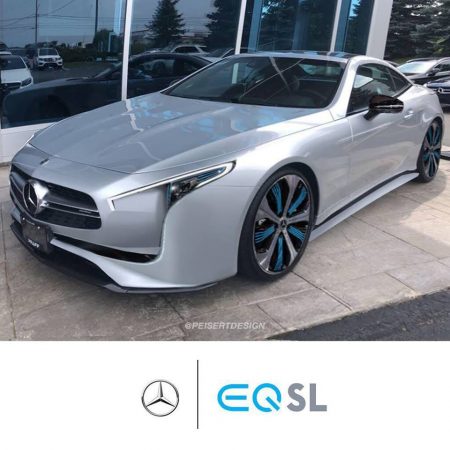 The car in the render also gets the bright blue elements of the company’s EQ range in the headlights and wheels, so it obviously makes a statement in the zero-emission department.

Jan Peisart is a digital artist passionate about cars, who has envisioned various other Mercedes-Benz models: a 2020 Mercedes-Maybach Ultimate redesigned into a genuine SUV, to look less flashy and more practical than the concept presented in April at the Beijing Motor Show, is also on his list.