The Silvretta Classic Rally Montafon 2018 is taking place at the beginning of July. Four SL sports cars will be there. The list includes the iconic 300 SL Gullwing, with Magnus Walker behind the wheel, on his 51st birthday.

With sports in the veins, the Mercedes-Benz SL have demonstrated throughout history, their athletic genes. At the Silvretta Classic Rally Montafon, Mercedes-Benz Classic prove it once again, with a a 300 SL “ Gullwing” (W 198) and other legendary automobiles. 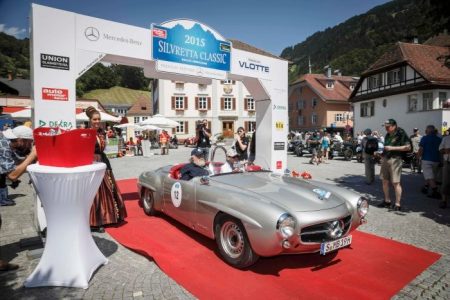 The SL family saw the light of day back in 1952, with the 300 SL racing car (W 194), soon followed by what was to be called one of the most beautiful cars ever built, the 300 SL Gullwing with its iconic doors. A victory in the 1955 1000-mile Mille Miglia is included in the car’s CV. Fashion designer, sports car collector and writer magnus Walker  will run at the Silvretta Classic Rally on-board a black 300 SL. 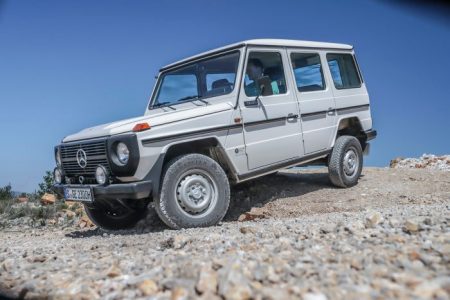 The list includes the E 60 AMG (model series 124) as well.an exquisite open-top luxury 280 SE 3.5 Cabriolet (W 111) from 1971, together with the off-road classic 230 GE (model series 460) from 1985 will represent the ALL TIME STARS at the special event of the classic car calendar, held since 1998.  Approximately 180 cars will line up on the grid at this year’s edition, to explore the Alpine roads of Austria, Switzerland and Lichtenstein.