Mercedes-Benz Classic at the Retro Classics 2016 in Stuttgart

Mercedes-Benz is preparing to take center stage at the Retro Classic 2016 in Stuttgart, presenting an exclusive selection of convertible vehicles. Three classic vehicles and two new Mercedes-Benz drop top models will be displayed at the Mercedes-Benz Classic stand.

Visitors are invited to join a journey through time, into the fascinating world of the company’s cabriolets and roadsters. Starting with the iconic 300 SL from 1952 and with the classic sports car 300 SL Roadster from 1957, the ALL TIME STARS stand will also include the all-new SL and the convertible that has just celebrated its world premiere in Geneva, the C-Class Cabriolet.

The modern and vintage automobiles are on offer for sale. The legendary models are perfectly safe to buy, as the experts of the Mercedes-Benz Classic Center subjected each of them to a comprehensive 160-item checklist.

Cars exhibited by Mercedes-Benz Classic at the Retro Classics 2016

Mercedes-Benz returned to the international motor racing in 1952 for the first time after the World War to and its comeback had a name: the 300 SL. A double triumph in Le Mans, a double victory at the Bern Grand Prix, two other races won and the double success in the 3100 kilometers endurance race in the Carrera Panamericana. These were the competitions that forever put the 300 SL in history. Karl Kling and Hans Klenk took first place in Mexico despite colliding with a vulture that smashed through the windscreen during the race.

Never sold to the public, the 300 SL racing car was the foundation for the Mercedes-Benz SL launched one year later. 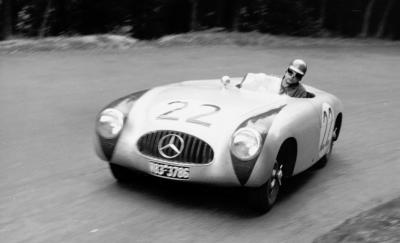 It saw the light of day almost 60 years ago, at the 1957 edition of the Geneva Motor Show, as the successor of the 300 SL Gullwing Coupe. The 300 SL Roadster shared many technical features with the Coupe, but had a modified space frame that would allow the installation of the conventional doors. Production of the 300 SL Roadster ceased in 1963. Until that moment, 1858 units of the highly exclusive automobiles were built. 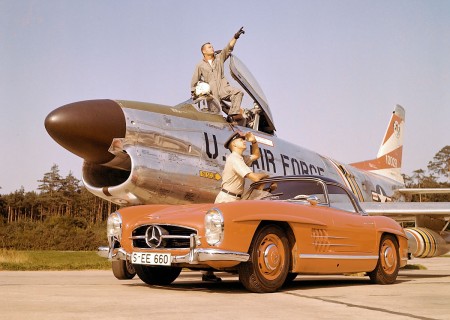 A road-going prototype, the Mercedes-Benz 190 E 2.6 Cabriolet, never made it to series production. Yet, it was what made the decision makers in Stuttgart outline the larger 124 series Cabriolet, which saw the light of day in 1992. The compact cabrio prototype came with a 2.6-liter 6-cylinder engine. The powerplant propelled the most powerful model in the compact class after the “V16 engine”. 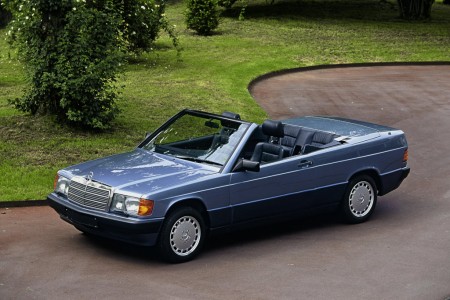 Let’s press the button of the time machine and move back into present. Making its debut at the Geneva Motor Show just days ago, the new C-Class Cabriolet is the first standard-production convertible in the history of the Mercedes-Benz C-Class range. Boasting the best drag coefficient in its class, the C-Class Cabriolet’s silhouette features a striking front end with a diamond radiator grille, LED High Performance headlamps, a long bonnet and a high beltline. The AIRCAP draught protection system and the AIRSCARF neck-level heating are optionally available to make open air driving comfortable even in cold weather.

The SL Roadster came into the world in Los Angeles, in November 2015 and will hit the showrooms in April 2016. The facelifted roadster continues the success story of the 300 SL from the 1950s. The sleek SL of today comes with more powerful engines, the 9G-TRONIC automatic transmission, the DYNAMIC SELECT with five transmission modes and, last, but not least, the Active Body Control with curve tilting function, that takes comfort and the sports character to a whole new level. 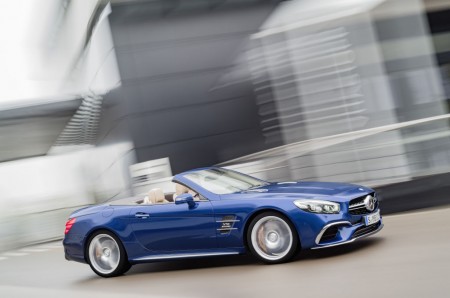