Development continues on a facelifted version of the Mercedes-Benz A-Class. Updated styling and engines are coming this Autumn.

A camouflaged prototype of the revised A-Class has been spotted again undergoing the customary winter tests. Both design and mechanical changes are expected, some of the cosmetic changs already evident.

Underneath the heavy camouflage we can see revisions to the A-Class’ front grille and badge, as well as the front and rear light clusters, set to receive brand-new full-LED technology. 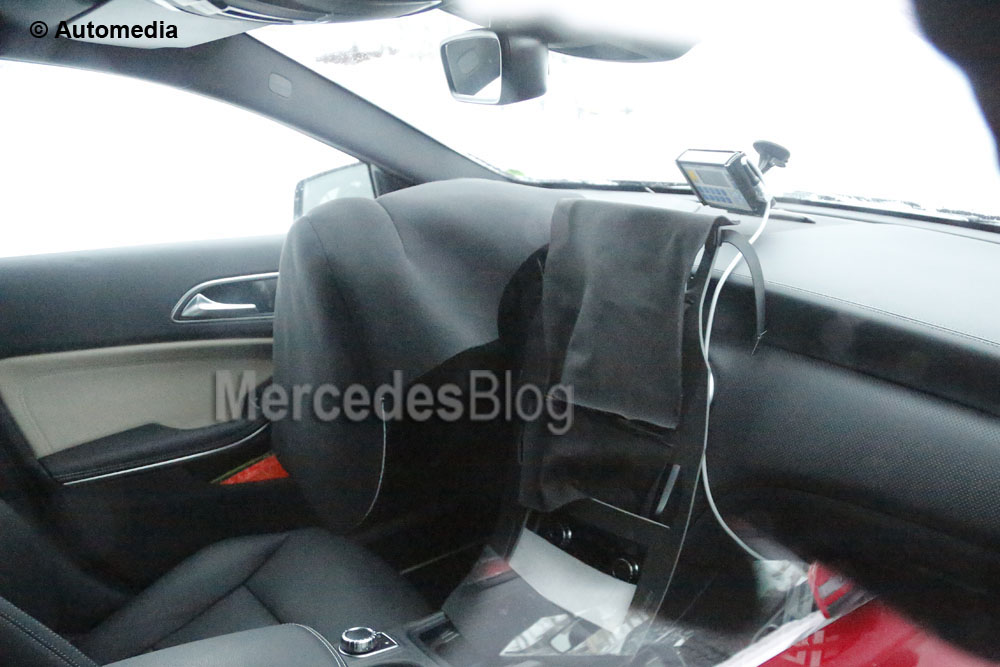 The biggest changes, however, will be found inside, where Mercedes is likely to introduce a bigger 8-inch tablet-style display, new decor and trim choices. Keyless entry and start will become standard across the range.

The revision campaign won’t affect the engine range. The model designations will be different though, as part of the new Mercedes-Benz naming strategy. Diesel engines, now labeled as “CDI”, will be set apart by the letter “d”, placed at the end of the model name. As a result, the top-spec model will become the A 220 d 4Matic instead of the A220 CDI 4Matic and so on.

The official debut of the revised Mercedes-Benz A-Class will be hosted by the Frankfurt Motor Show, in September. Expect sales to start towards the end of 2015.