These are the first spy pictures of the Mercedes-Benz A-class facelift, caught testing ahead of its expected unveiling at the Frankfurt motor show in September.

The A-Class is only three years old, but the upcoming upgrade became a necessity following the introduction of the recently refreshed BMW 1-Series and the hugely popular Audi A3.

Characterized by discretion, the cosmetic changes will largely target the overall shape of the front grille and the headlights, set to receive brand-new full-LED technology. The tail-lights and bumpers will also get fresh looks.

Inside, the revised Mercedes-Benz A-Class will get a bigger 8-inch tablet-style display and more decor and trim choices. Keyless entry and start will become standard across the range. 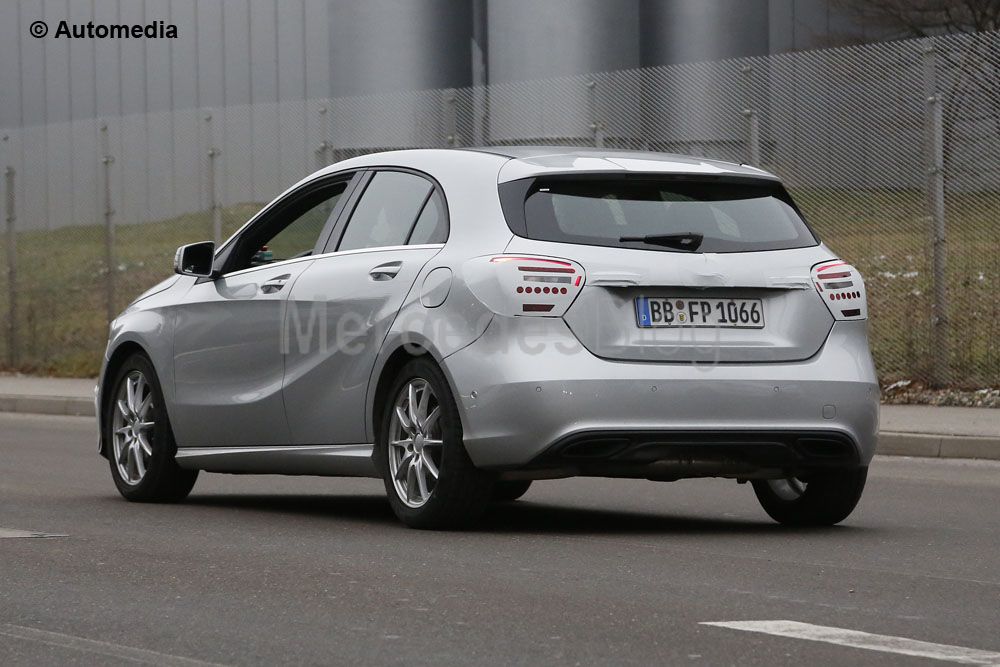 The engine range will likely remain unchanged. The model designations will be different though, as part of the new Mercedes-Benz naming strategy. Diesel engines, now labeled as “CDI”, will be set apart by the letter “d”, placed at the end of the model name. As a result, the top-spec model will become the A 220 d 4Matic instead of the A220 CDI 4Matic and so on.

Mercedes-Benz A 45 AMG also gets new design and power boost. Total power should eclipse today’s record-setting rating of 360 HP and reach 380 HP in Mercedes’ quest to topple the arch-rivaling Audi RS3 and its 367 HP arsenal. The 2.0-litre capacity remains untouched, though, as Mercedes-AMG engineers will rely exclusively on altering turbo-pressure and admission settings in order to upgrade the already potent four-cylinder engine.

The revised Mercedes A-Class is expected to arrive in showrooms in ‘late autumn’, which suggests series production will begin by September this year.