Fresh from its Geneva motor show premiere, the practical but brutal Mercedes-Benz CLA 45 AMG has already been put to test by famed British magazine Autocar.

This new range-topping CLA offers pure AMG performance with a twist. It brings added estate practicality thanks to the 495-litre boot that can be increased 100 litres by adjusting the rear seats to a more upright ‘cargo’ position.

The turbocharged 355 bhp engine found under its bonnet currently claims the title of the most powerful 2.0-litre unit in the world. Coupled to the seven-speed auto gearbox lifted straight from its CLA 45 AMG 4-door brother, it loves to be pushed hard and suffers very little lag if asked to accelerate without a downchange. 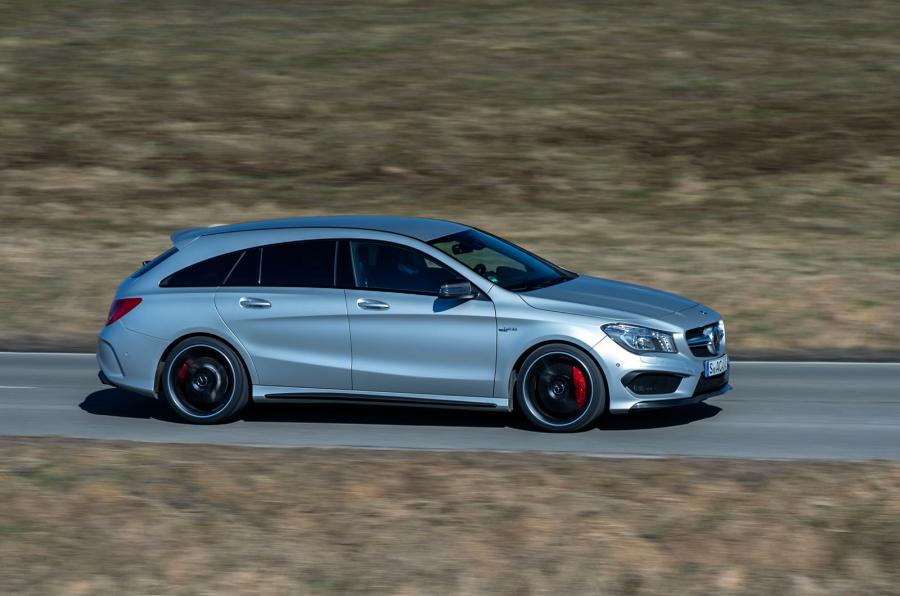 The bad news is the gearbox itself is less snappy. Manual changes aren’t quite as sharp, especially in ‘Comfort’ mode. Swapping the driving mode to ‘Sport’ sorts this out, while helping to make the throttle that bit more responsive. 62mph from standstill arrives in an all-wheels-driven 4.7 seconds which, despite the Shooting Brake’s extra 30kg of weight, is equal to the coupé and only fractionally slower than the A-Class.

The steering feels good across the board, with a natural weight on straight ahead and a consistent feed of weight off it. But, and this is a big but, there’s little true feedback, as is the case with most electronic systems, but it’s undoubtedly one of the better systems available. 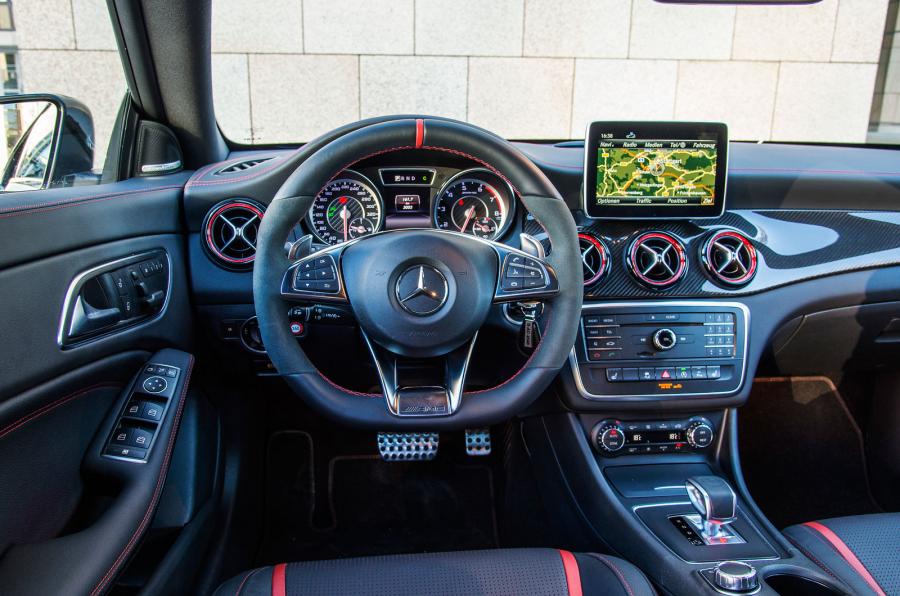 All these rewards are complemented by a capable all-wheel drive system. Power goes to the front wheels most of the time with half of it is diverted to the rears when needed. Setting the ESP to ‘Sport’ quickens this process.

Cornering-wise, the Shooting Brake is nothing short of brilliant. Grip is huge and re-introduction of the throttle, late-corner, is always handled with confidence. The dampers do a good job of smoothing out rutted roads, while the body remains as composed vertically as it does laterally during hard cornering. 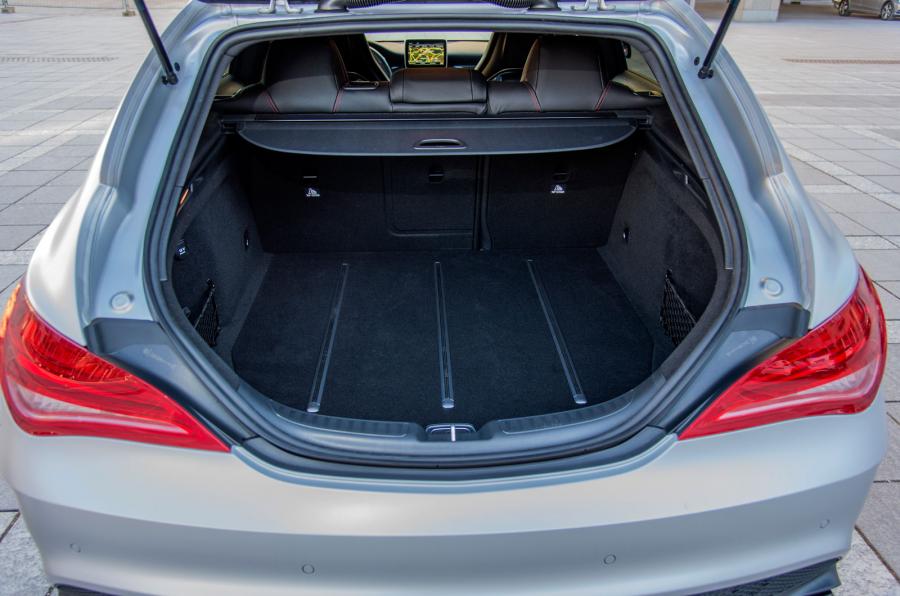 On paper, the Shooting Brake’s boot is as big as an Audi A4 Avant’s or BMW 3 Series Touring’s but, in reality, its narrow opening, large lip and shallow shape are nowhere near as practical. Adults will find their knees against the front backrests and their heads brushing the ceiling, while particularly tall adults will just feel uncomfortable. Another case of style before substance.

The new CLA 45 AMG is an enticing mix of handling prowess and practicality. The Britons loved its handling and especially the urgency and composure compared to its saloon and hatchback siblings. The car feels every bit as fast in a straight line out on the road.