The Mercedes-Benz CL of the 215 model series made a spectacular entrance at the Geneva Motor Show twenty years ago. It was the predecessor of today’s S-Class Coupe. Almost 50,000 such coupes were built by 2006.

The car came with Active Body Control active chassis system. It was a world premiere and it brought the “drive as if you are floating” feeling. The ABC system, developed by engineer Frank Knothe, reduced body roll, increasing safety. 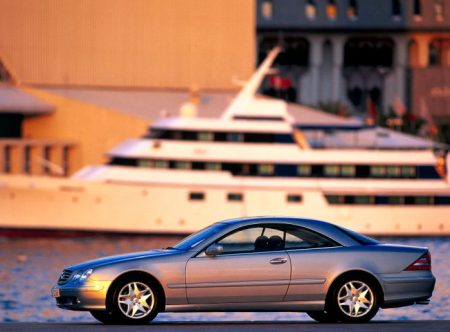 “With the Active Body Control (ABC) system, we began a new chapter of comfort in conjunction with active handling when driving a car. Series development was a great challenge due to the short time frame. But, given the result, it was more than worth it”, Knothe recalls. 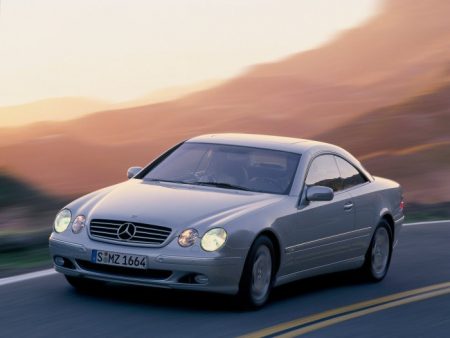 The model hit the market in August 1999. The CL 500 came with a V8 engine with 306 horsepower in October 1999. The CL 600 received 367 horsepower, thanks to a monstrous V12 in the year 2000. It was a newly developed power unit with automatic cylinder deactivation.

An extended silhouette, double headlights, an arched roofline immediately captured. It came along with interior space comparable to that of the S-Class, so it had all the aces up its sleeve. 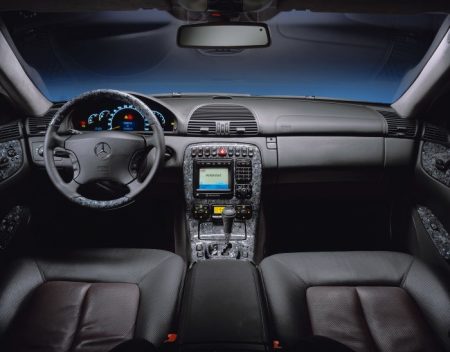 Built at the Sindelfingen plant, the coupe had an extensive standard equipment: the instrument panel, seas and door and side panels, as well as the armrest upholstered in leather.  Starting with the spring of 2001, there were even designo stone trim parts, made from natural Labrador blue pearl granite, available for the interior of the CL. They stones were cut into 0.6 to 0.8-millimeter sheets, that were afterwards shaped and applied to the center console, door paneling, steering wheel rim and gearshift lever.

In the 2000 Formula 1 season, a modified CL 55 AMG hit the racetrack, as the Official F1™ Safety Car. That year, a CL 55 AMG “F1 Limited Edition” with special specification arrived on the market. The edition was limited to 555 units only. 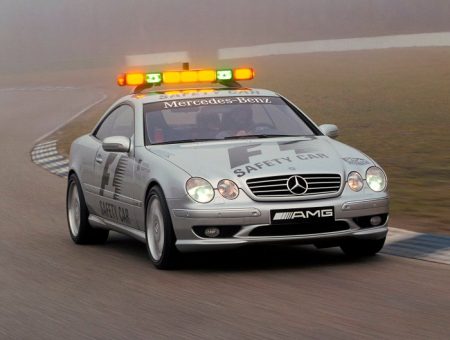 September 2002 brought a facelifted version of the C 215 model series. New headlights, redesigned bumpers and newly configured engines confirmed the sporty nature of the coupe. The V12 of the CL 600 generated 500 horsepower. The same performance was offered in the shape of the CL 55 AMG, starting the fall of 2002. The CL 65 AMG received a massive 612 horsepower. At that time, the high-performance coupé was one of the most powerful cars in the history of AMG. It could run from a standstill to 100 km/h in 4.4 seconds.