The upcoming Mercedes-Benz C-Class Cabrio has been spied again during its winter testing program. Known under the internal code name C 205, the new model will hit Mercedes showrooms next year with its coupe sibling already confirmed for this September.

If reports prove accurate, the C-Class Cabrio is set to become the cheapest convertible in Mercedes’ current portofolio, undercutting the base SLK roadster in the process.

Following the move upmarket for the future E-Class Coupe and Cabrio models, Mercedes’ new C-Class Cabrio will inherit the platform of the current C-Class sedan. Known under the internal code name C 205, the new Cabrio will feature a canvas roof, solution with inherent advantages for both weight and cost reasons.

The Mercedes-Benz C-Class Cabrio will even surpass the S-class Coupe in therms of sleekness, says design chief Gorden Wagener, who insists the C will be “even better to drive than it looks” as well. 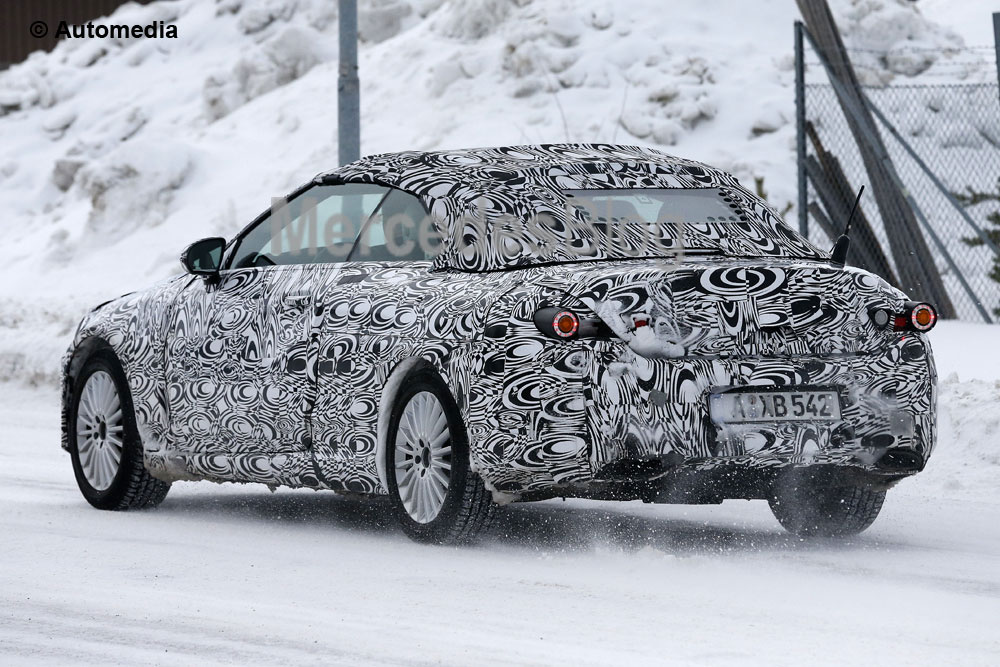 A C63 AMG version will be available right from the start, according to AMG boss Tobias Moers, as the range-topping AMG C-Class Cabrio and Coupe siblings are slated to become the fiercest rivals of BMW’s recently revamped M4.