Mercedes-Benz didn’t waste any time and made its first move at NAIAS 2015 by presenting the C 350 Plug-in Hybrid on the automotive catwalk in Detroit.

Mercedes-Benz just revealed the C 350 Plug-in Hybrid, one of its five models bound to debut at NAIAS 2015. As you know, the Stuttgart-based company had a previous attempt at entering the plug-in hybrid segment with the first plug-in hybrid luxury saloon: the S 500 Plug-In Hybrid.

However, the C 350 Plug-in Hybrid (which will be sold as the C 350e) brings together a four-cylinder 2.0-liter gasoline engine borrowed from the Mercedes-Benz C 250 and an electric motor, a much more discrete solution than the V6 engine found under the S 500 Plug-in Hybrid’s hood. 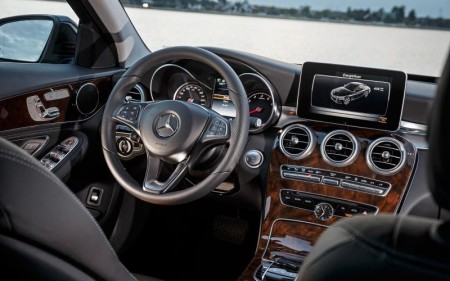 All the above-mentioned resources are managed via an revised 7G-TRONIC seven-speed automatic transmission which sends them to the rear axle. Under this setup, the green C-Class sedan can go from 0 to 100 km/h in 5.9 seconds before reaching a top speed of 250 km/h. 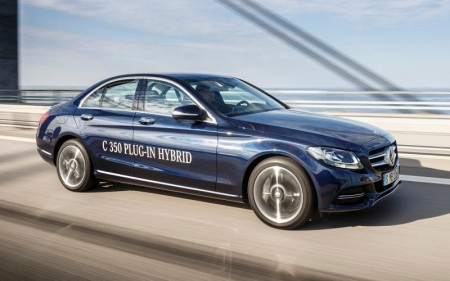 For those eager on finding out more details about the plug-in hybrid system used by the C 350, we must mention that Mercedes-Benz put a water-cooled 6.2 kWh Li-ion battery under the trunk. The unit weighs 100 kg and steals about 15 liters of loading capacity. Therefore, the sedan now offers 335 liters of cargo space, while the estate’s trunk reduces its loading capacity to 350 liters.

According to Mercedes-Benz, a full battery charge cycle lasts about one hour and 45 minutes when carried out from a 240 V / 16 A source, or two hours when done from a standard household 240 V / 13 A socket. 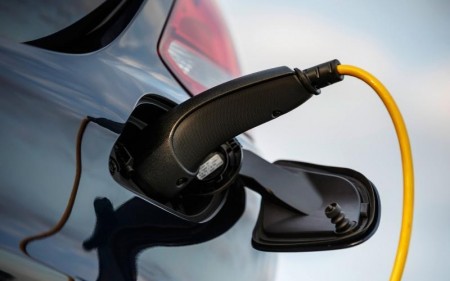 The C 350 Plug-in Hybrid can run exclusive on electric power for about 31 km, while the hybrid mode returns an impressive fuel consumption valuae, rated at 2.1 l/100 km.

Although this is only the secong plug-in hybrid model developed by Daimler, the company has already announced the intention of launching eight similar cars in the next three years.