Once a racer, always a racer. Former professional driver Susie Wolff, currently a Mercedes-Benz brand ambassador, got her driving license suspended when caught doing 35 mph in an area where the speed limit was 30. She was banned from driving for six months, but the ban was suspended until Friday’s appeal hearing.

Susie Wolff appealed the decision, but her appeal was rejected by the magistrates. “I’m not a girl racer, I save my speed for the race track”, she told the judges, but her words failed to impress them. Mrs. Wolff asked for the ban to be lifted, because it massively impacts her charity work encouraging girls to take part in motor racing.

“It is a hugely embarrassing situation to find myself in, I’m a professional driver and to be caught speeding and to have my licence taken away for speeding, it would have an effect on my reputation”, she explained, also telling authorities that she is a role model for thousands of girls involved in her “Dare To Be Different” campaign and would not want to let them down. 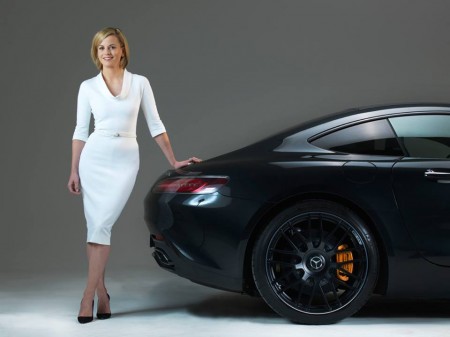 Her appeal was rejected, she was fined £500 and ordered to pay £345 costs and a £15 victim surcharge, after the judge said this should be a lesson for all, regardless of their status.

Susie Wolff retired from motorsport in 2015, after having been a DTM driver and a development driver for the Formula 1 team Williams. She joined Channel 4’s F1 commentary team in 2016, but temporarily left that job behind as well. Susie is now pregnanted and will give birth to her and Mercedes executive Toto Wolff’s first child next month.