The new Mercedes-Benz A-Class Plug-in Hybrid will see the light of day at the company’s Rastatt plant. The production facility has implemented the simultaneous ramp up of two body variants: the A 250 e hatchback and the A 250 e Sedan.

Revealed at the Frankfurt Motor Show last fall together, the new compact plug-in hybrid model promises an electric range between 70 and 75 km. It is the company’s next step to offering a CO2-neutral new carl fleet by 2039 and selling 50% of its portofolio as plug-in hybrids or full-electric vehicles by 2030. 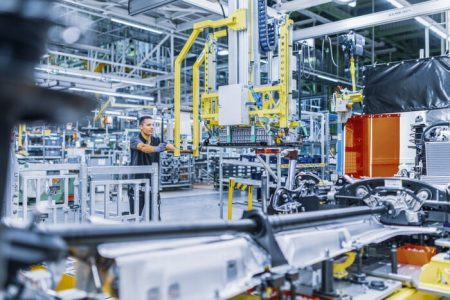 The production process is supported by a series of digital procedures, such as working with mobile devices, automatically guided transport systems and paperless operations. Therefore, the employees can flexibly and efficiently respond to various customizations of the vehicles.

The new Mercedes-Benz A-Class with plug-in hybrid drive is being built on the same line as the company’s models with conventional drive systems.

“The Rastatt plant is already on the road to transformation, moving towards new technologies, drive system types and changes to the scope of work. As part of this, the ramp up of the compact plug-in hybrids marks a milestone. Therefore, safety is a key issue: security of the site, of our colleagues’ workplaces, of the region and of the future of our workforce. The future is ours because of the safeguards we are putting in place,” says Murat Sür, Chairman of the Works Council at the Mercedes-Benz Rastatt plant. 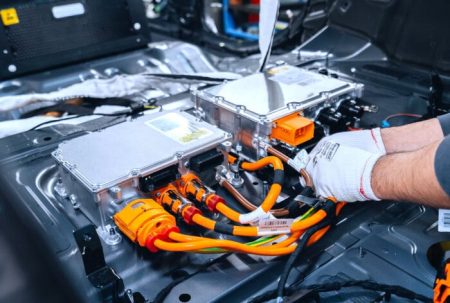 The new A-Class Plug-in Hybrid features a1.33-liter four-cylinder engine and an electric motor of 75 kW, for a total of 218 horsepower and a maximum system torque of 450 Nm. These are figures that help it accelerate from a standstill to 100 km/h in 6.6 seconds and reach a top speed of 235 km/h. energy is stored in a lithium-ion battery with a capacity of 15.6 kWh.