The Mercedes-Benz 540 K Cabriolet A belonging to the Romanian magnate and former tennis player Ion Țiriac wins “Best in Show” at the Concours d’Elegance in Romania, that took place this past weekend. The car competed in the “Pre-War Cabriolets” category. Photos by: Dragoș SAVU.

Up in the mountains, in the shade of the Peles Castle, belonging to Romania’s Royal Family, the Mercedes-Benz 540 K Cabriolet A has defied the rain and stood – red and proud, in all its glory – in front of the demanding juries of the Concours d’Elegance in Sinaia. The car with impressive proportions and sophisticated lines, estimated at a price of over 2 million euros, was manufactured in 1937 and delivered to a Dutch client that autumn. Only 83 such Cabriolet A-s were built. 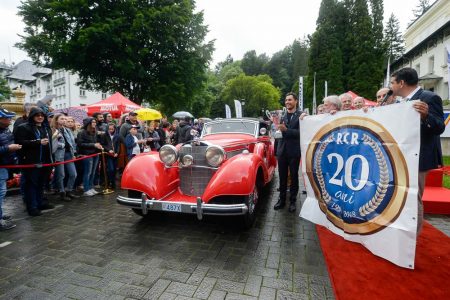 The Cabriolet with an interior wrapped in red leather is part of the Tiriac Collection, displayed right at the outskirts of Romania’s capital city, Bucharest. The car belonging to Ion Țiriac was restored by Armando Picinino. It only traveled for 49,485 kilometers, set in motion by its 5.401 cc inline-8 engine. The engine is capable of developing 115 horsepower, but a Roots supercharging system that can provide extra momentary power, up to 180 HP.

The same car, with the chassis number 169363, paraded at the Villa d’Este, at the Concours d’Elegance in northern Italy in May. 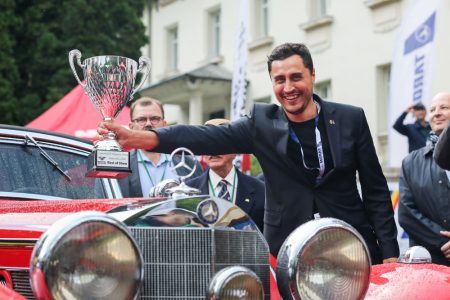