Following the fifth edition of the classic-cars auction, the 1963 Mercedes-Benz 300SL Roadster thus becomes the most expensive ever acquired, doubling the auction world-record price for the classic car. 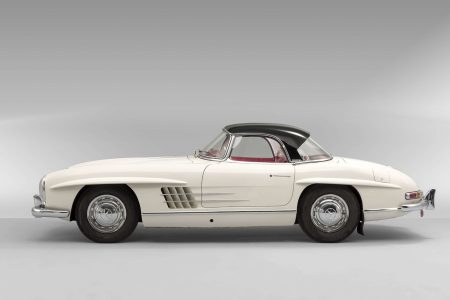 The Roadster had a single owner up to this moment. It belonged to a Swedish actor that has never driven it much, since the odometer on the all-original automobile reads just 1.372 kilometers (852 miles). The exterior white paint and black roof show no signs of rust and the original red leather that wraps the interior looks impeccable. The explanation for its flawless looks is that car spent most of its lifetime inside a climate-controlled garage.

Archives show that it is the 300SL Roadster with the lowest mileage currently existing. The car features an aluminum engine block and four-wheel disc brakes. 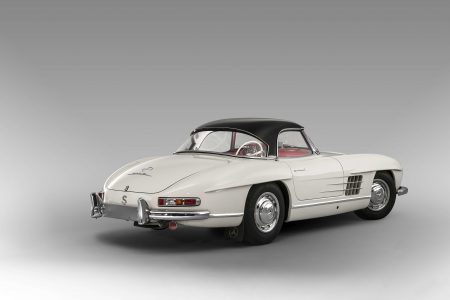