Mercedes-Benz 300 SEL 6.3 – The car that changed the world half a century ago

The key is turned and the V8 growls. It brings to the road 250 horsepower out of the 1,780-kilogram sedan. The road ahead is clear, the car bites the tarmac, devours every bend, then accelerates without a single sigh out of them and glides strongly along the next straight. 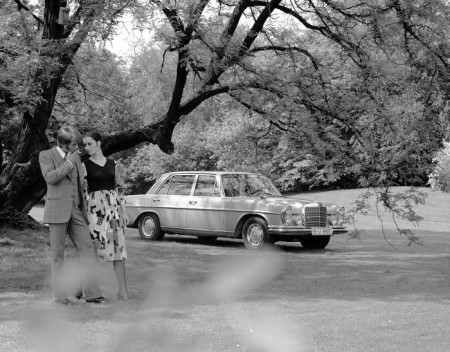 The hands of the driver clamp the large-radius steering wheel with slim rim, a feeling so unfamiliar delivered by the massive sedan, impressively powerful, yet perfectly controllable. Comfortable, spacious and vintage, this was the car that brought down the barriers of the time, setting new standards. The world saw it as the progenitor of all high-performance saloon models of the premium brand.

The car was revealed at the 1968 Geneva Motor Show, exactly half a century ago. It was a limousine with sports-car-like performance, running from a standstill to 100 km/h in 6.5 seconds, covering one kilometer in 27.1 seconds, which made it one of the fastest production cars on the world market of the late 60’s. It was fitted with an air suspension and automatic transmission and with an automatic level control, which spared it the noise and the vibrations, accomplishing all the wishes in terms of comfort. 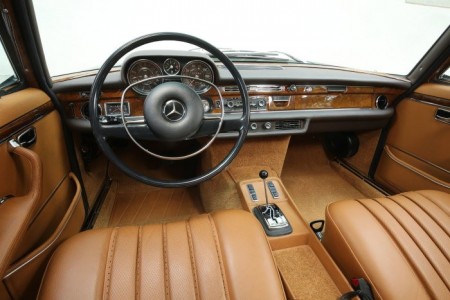 The extensive standard equipment included power steering, a 4-speed automatic transmission, a locking differential, power windows and pneumatic central locking. The speedometer with larger scale than that of its precedessor, the rev counter and the different location of the clock distinguished the “6.3” model from the 300 SEL.

Twin halogen lamps, additional front fog lamps and the “6.3” lettering on the right side of the boot lid discreetly made the sedan look different from the W 108/109 series.

The V8 with a 6.333 ccc displacement was the one that had found room under the bonnet of the Mercedes-Benz 600. A roaring monster with a technology that provided efficient combustion. 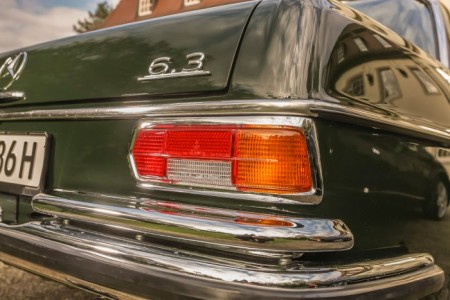 The 300 SEL 6.3 was the idea of the company’s test engineer Erich Waxenberger, supported by Rudolf Uhlenhaut, the one who consented to further development work once he heard the growl of Waxenberger’s prototype engine.

A total of 6,526 units were produced up to 1972, taking Mercedes-Benz straight to the power saloon segment. Ignored by the collectors for years, but the passing of time has turned the Mercedes-Benz 300 SEL 6.3 into a dream car for them.