Half a century ago, this kind of races didn’t have any special name. This one was called the 8th edition of the Argentine International Touring Car Grand Prix. Well, since there was not too much tarmac on the local roads and the length of the race was 4779 km, it should be called a “rally raid”. Some Mercedes-Benz 300 SE sedans filled the podium in 1964.

Actually, the triple victory in the 1964 edition of the Argentinian long-distance competition (which took place between the 28th of October and the 7th of November) was far from being the first of this kind for Mercedes-Benz. Precisely, it was the fourth consecutive triumph for the German brand. And the Gran Premio Internacional de Turismo Super Nafta YPF, as they used to name it in Argentina, was considered as the toughest road race in the world at that time. Despite this reputation, Mercedes-Benz won it in 1961 (Manfred Schiek), 1962 (female team Ewy Rosqvist and Ursula Wirth), 1963 (Eugen Böhringer and Klaus Kaiser).

Apparently, it was not enough to be a beautiful and powerful coupe to win this kind of race – ok, that was a somehow mean remark about the victory of the Mercedes-Benz 300 SL “Gullwing” coupes in the Carrera Panamericana, about a decade earlier… 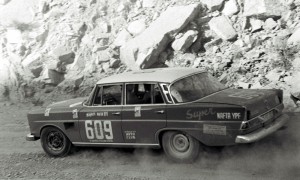 Well, here we came to the point to mention that Eugen Böhringer, at the wheel of his near-standard Mercedes-Benz 300 SE / W 112, was the first to cross the finish line of the 8th edition of the Argentine International Touring Car Grand Prix. Something more to mention: 268 cars entered this race. In 1964, he also won the 6 Hour Race in Nurburgring at the Macao Touring Grand Prix with the same car. 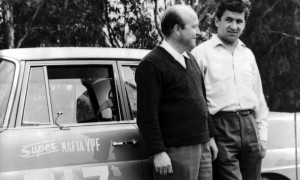