Mercedes-Benz 240 D – A lifetime on the road and never broke down once!

A 40-year old Mercedes-Benz that has covered millions of kilometers and never broke down once. Mohamed EL Bacha is the taxi driver with a miraculous story of his reliable road partner: the Mercedes-Benz 240 D.

Mohamed El Bacha drives a Mercedes-Benz 240 D. He has been a taxi driver for almost 30 years. Even though he got his driving license at 18, it took him time to become a pro driver. His story behind the wheel starts back in 1988. And he only drove the sky-blue Mercedes ever since. 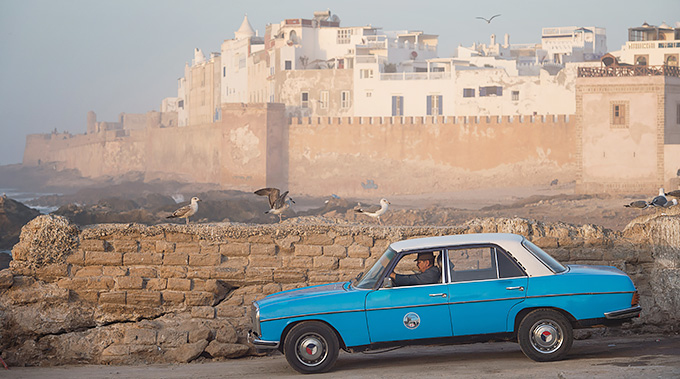 He hopes that one day, one of his sons is going to take over his role. And of course, his car. But until now, no other driver has put his hands on the wheel once he bought it. “I couldn’t sleep at night if I gave my Mercedes to somebody else for a drive”. His daily routine takes him to roads beaten by carriages pulled by horses and people riding broken and fixed bikes.

Before becoming a taxi driver, his job was easy and… sweet. He used to work in a cake shop, selling pastries.

“The work there was not fulfilling – he says – this was not how I wanted to spend my life.” So he moved on and joined the taxi business. 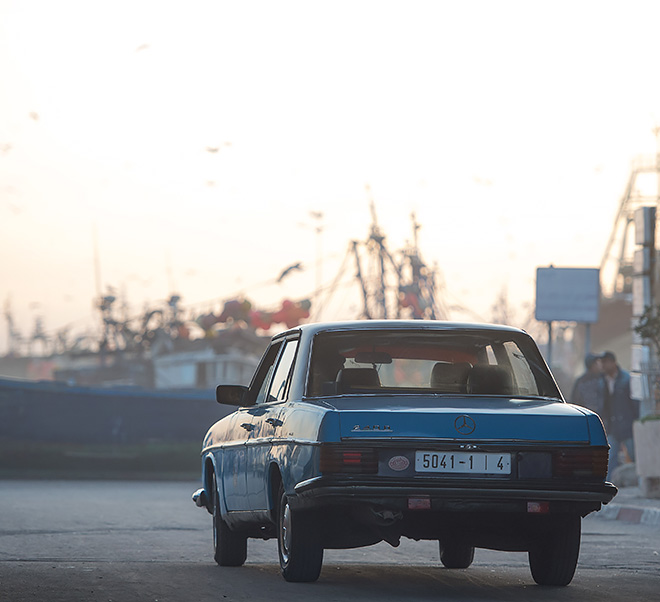 The car he is driving now was purchased in 1991. But it was in a really bad condition back then, it had been standing around for months. The previous owner wasn’t exactly fond of it. So he had to fully restored it. Long gone are the days the doors and boot were eaten by rust.

“Since then, I took care of it and will always love it. And that’s the story”, he says. Simple as that.

Mohamed El Bacha proudly states that his car never broke down once and has been working perfectly for 20 years. He has a reason for it: 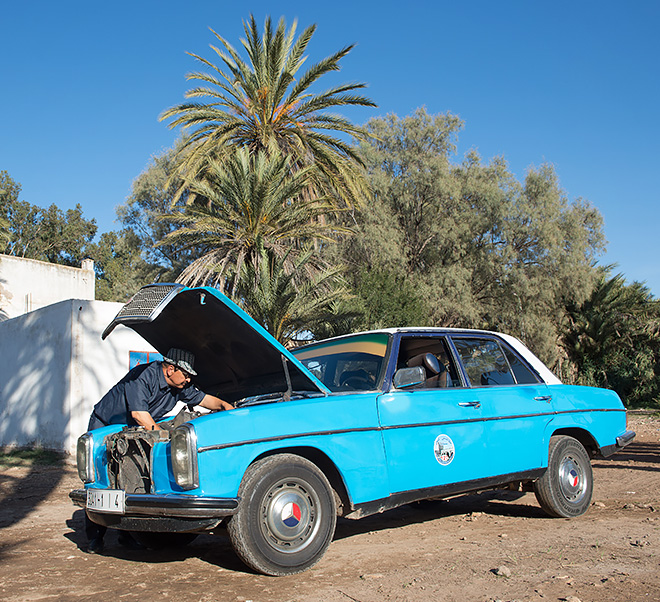 “These W 115 models don’ just stop all of a sudden. If there is a problem arising, you always get enough hints beforehand.”

And he read all the signs, before the car stopped functioning. Sandy tracks, rough roads, throwing stones, the Mercedes can beat them all.

With record passenger numbers like 80 or even 100 per day, covering approximately 500 kilometers, the doors and the boot lid are banged. “They just don’t treat it with respect”, Mohamed tells and he seems so brokenhearted. And how many kilometers has the Mercedes traveled so far? The driver has no idea. The clock stopped working years ago. “Several millions, maybe”, says Mohamed.