The all-new Mercedes B-Class (W247) changes dramatically, getting a sporty design and high-tech cockpit. Auto Bild reveals what are the biggest changes compared to its predecessor.

Presented seven years ago, the previous generation of the Mercedes B-Class (W246) did not fit the new sporty brand image of Mercedes-Benz towards its end-run.

Today, Mercedes learns its lesson and infuses the new B-Class with a more youthful look. Overall, the compact van now looks flatter and more dynamic than its predecessor. Even so, there are a few traditional details that will remain intact: the high seating position and the huge interior space. The new B-Class also gets the new MBUX infotainment operating system, which completely dispenses with analog displays. 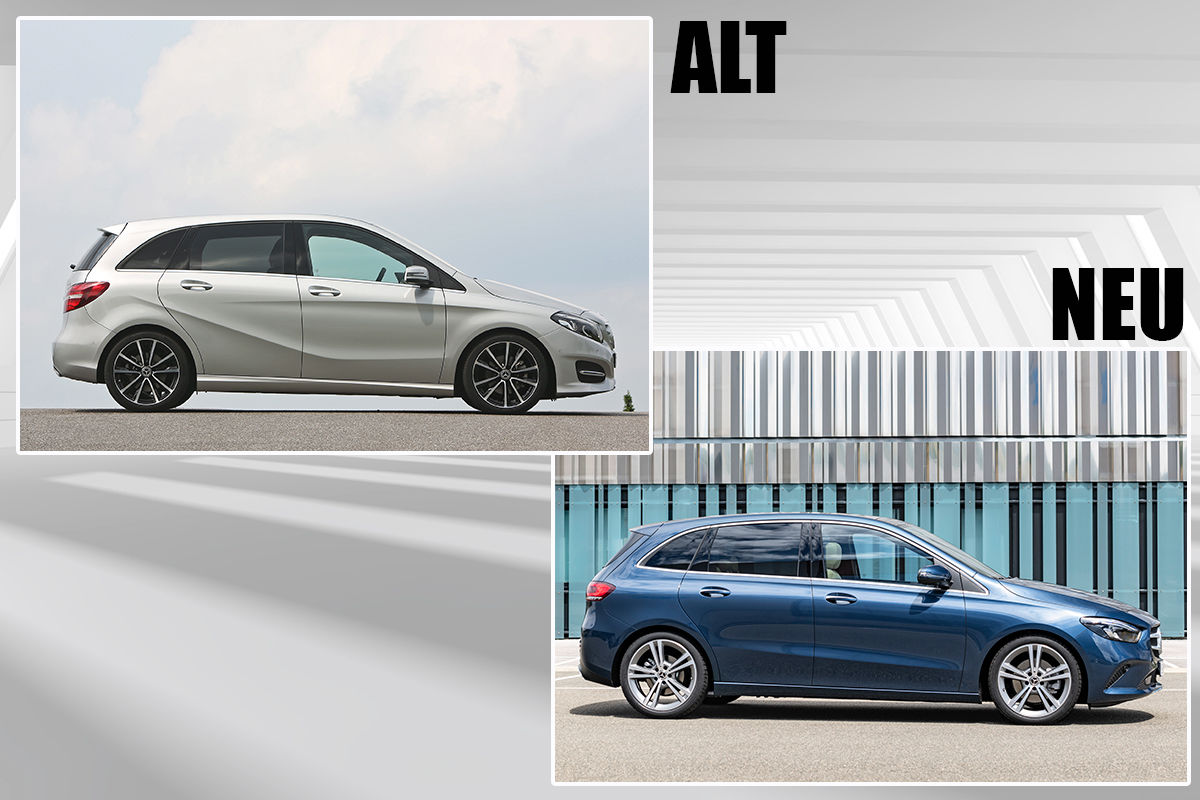 In the new iteration, the front end styling has been adapted to the new design direction of the latest A-Class. Nevertheless, the changes are rather subtle. The new diamond grille has been slightly enlarged and the headlights are now a bit narrower, while the moldings in the air intakes left and right were omitted in the new model. Also important, the B-Class has now become one centimeter wider and 2.6 centimeter longer than the old model. The wheelbase remains relatively long at 2.73 meters, while the overhangs are as short as before.

Looking at the two generations from the side view, it is striking that Mercedes has dispensed with any unnecessary line and adopted a more clean look with only a subtle edge slightly rising from the front to the rear wheel arch. A 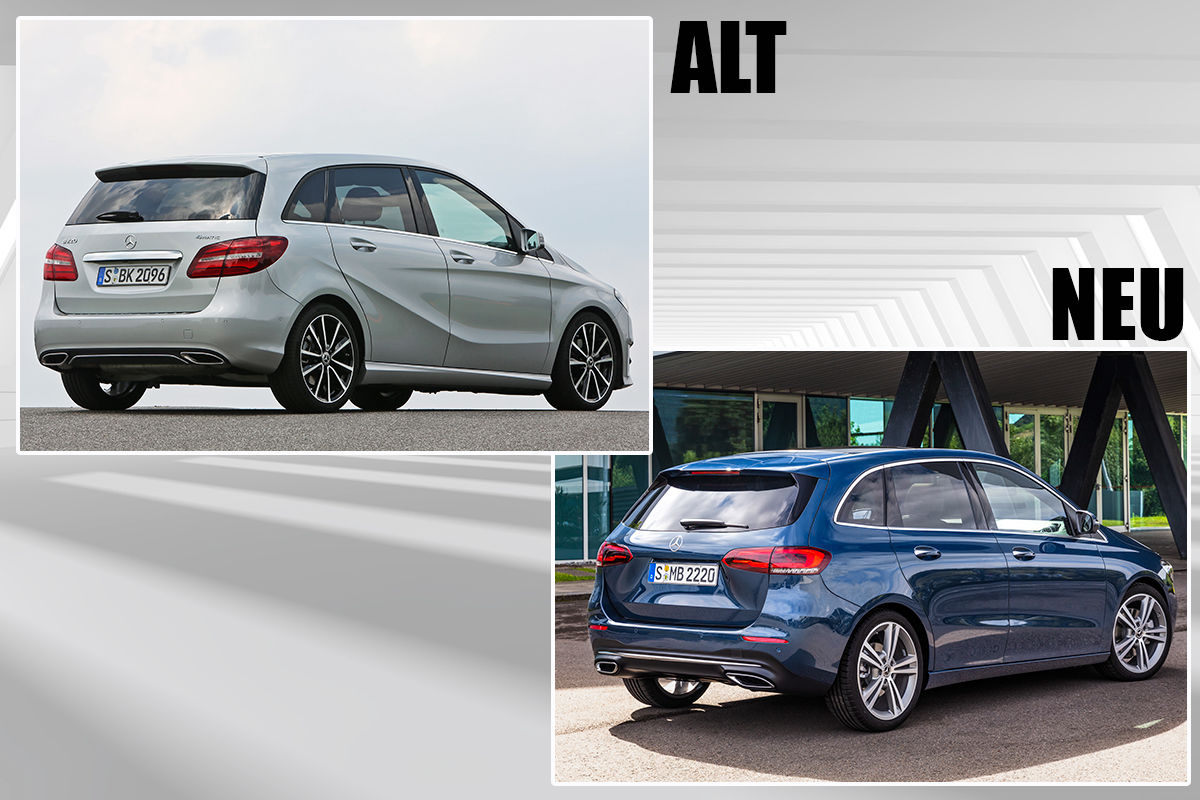 Analyzing the rear view styling, the new Mercedes-Benz B-Class gets the typical elongated tail lights, similar in design to the ones that debuted on the new A-Class. Other differences: the chrome bar above the license plate is now gone and the space dedicated to the license plate holder is more simple and more elegant, the rear window is a bit more rounded at its base and Mercedes-Benz also installed a new chrome trim above the tailpipes.

The interior is probably the most changed, though. Center stage is taken by the high-tech operating system MBUX known from the A-Class and this can only mean that the classic analog displays and most of the buttons have now disappeared and were replaced by a freely configurable instrument cluster with two (up to) 10,2-inch TFT displays (the center one with touchscreen functionality). The MBUX system can be operated via voice control, touch screen and touch areas placed on the steering wheel and center console. From mid-2019, the B-Class can also be configured with a rear bench seat that can be moved longitudinally by 14 centimeters and offers backrest inclination option. The trunk volume increases by 250 liters to 705 liters. 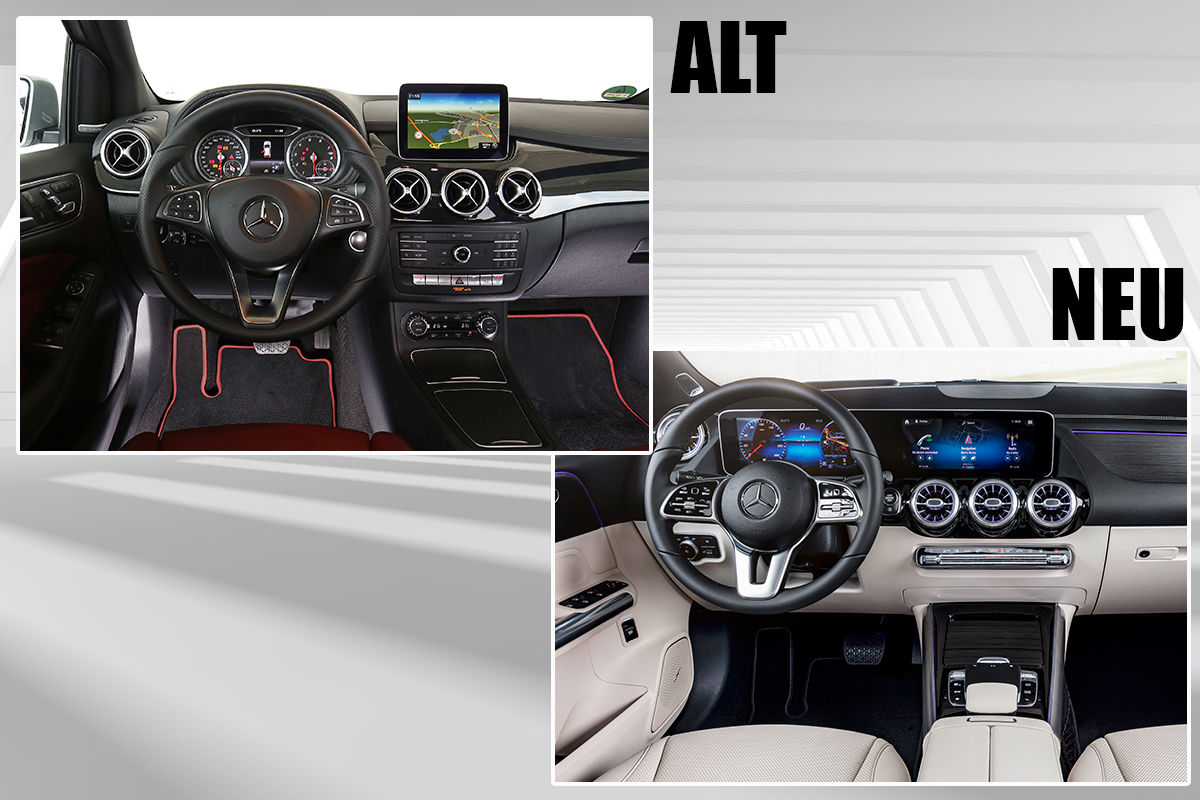 Important innovation: there will be no base version B 160 for the time being which can only mean the starting price will go up by about 1300 euros (in Germany). The new entry-level B-Class is the B 180, powered by the 1.33-litre 136 hp turbo petrol engine from Renault. This engine can also be ordered in 163 hp guise as the B 200. The engine range also includes three diesels with 1.5-liter or 2.0-liter displacement and power outputs ranging from 116 to 190 hp. Compared to the previous generation, the new Mercedes-Benz B-Class comes with a dual-clutch transmission in almost all engine configurations.