Mercedes-AMG S 63 4MATIC in Clash of the Super Sedans

I can’t say for sure, but being an editor for Auto Bild Germany seems like a pretty good job if we’re to judge by their recent activity. One very good example is this comparison test between the Mercedes-AMG S 63 4MATIC, the Jaguar XJR and the Aston Martin Rapide S.

You’d think that, with all the similarities, the customers are never truly split between any of them. On the one hand you have the German master in comfort with a performance twist, on the other the refined British sporty aristocrat and, finally, the sports car turned sedan just for the sake of it. You don’t just happen to go shopping for such a car and see what you can find – you want one and none of the other.

Still, there’s nothing wrong with trying to find out which is the best in the typical, slightly cynical German way, right?

First on the spot is the Aston Martin Rapide S, probably the only car that can truly bear the name “four door coupe” since that’s exactly what it is: a sports coupe that received an extra set of doors and a longer wheelbase. The exterior design screams “DB9” form all sides and I don’t even remember the last time an Aston Martin looked bad, so the Rapide S hasn’t lost his charm despite the fact it is a pretty old design. 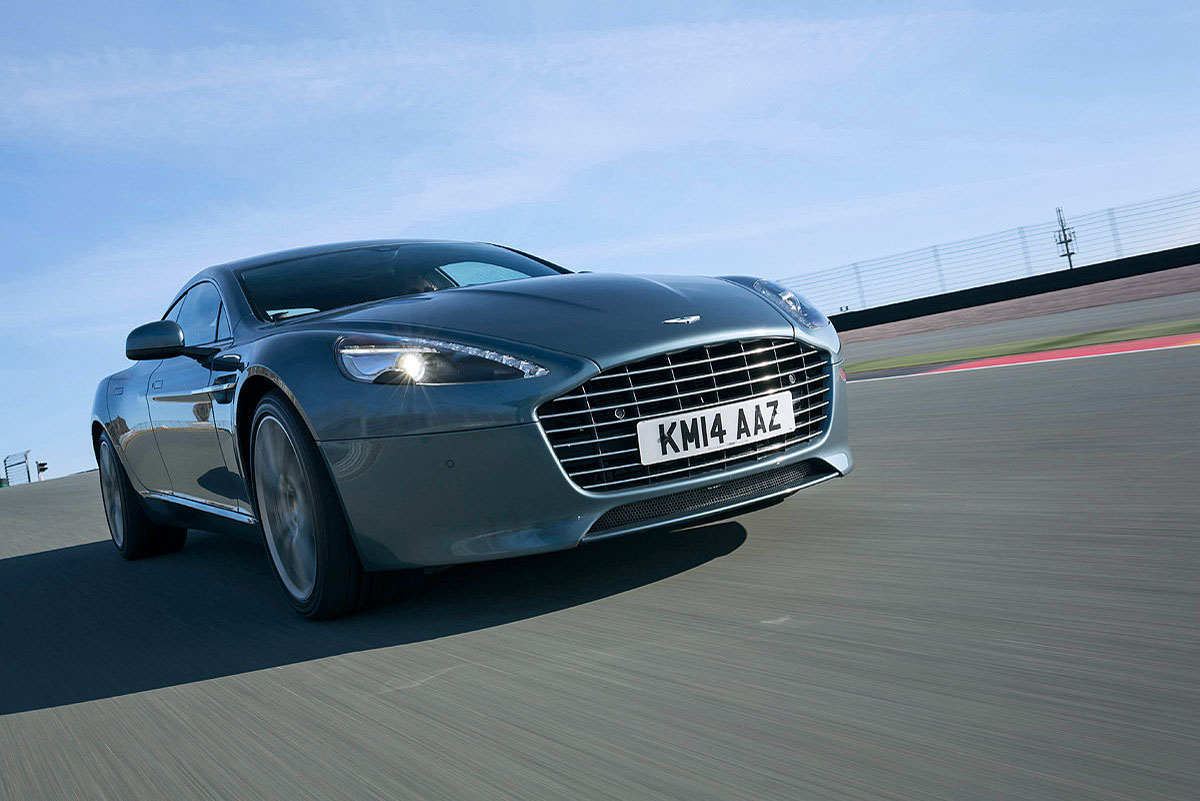 The car has been periodically refreshed so it stayed up to date technically, receiving a new transmission and revised engine software. The old six speed gearbox went out the window and in came a modern ZF eight speed transmission which not only reduces fuel consumption, but also enhances the driving experience. The engine power has been upped by 2 hp and now sits pretty at 560 hp, while the maximum torque received a 10 Nm boost all the way to a total of 630 Nm. The V12 unit in the Aston Martin is the only naturally aspirated engine in the test, so it delivers its peak power at a high 6,650 rpm. The unmissable fact it is based on a coupe is also apparent when looking at the trunk capacity: 223 liters, less than half that of the other two. 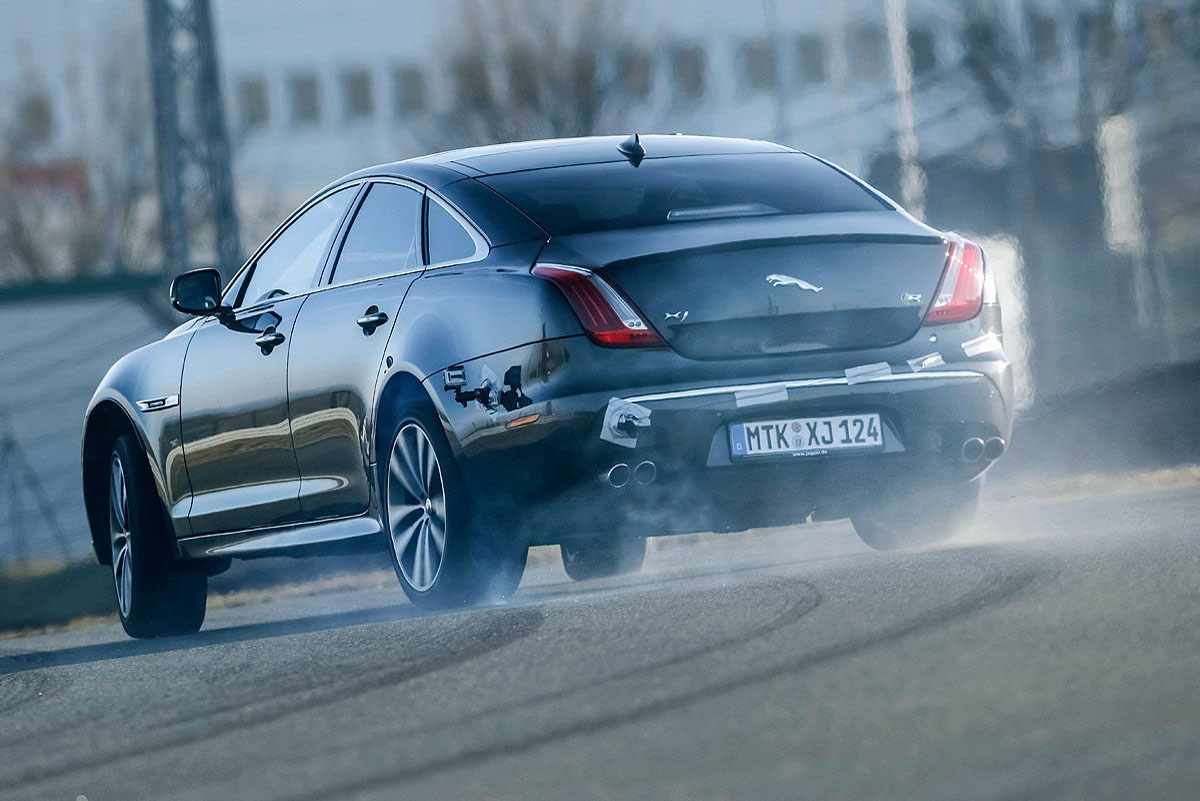 Being polite, the Germans finish up with the guests before moving on to their own local favorite, so it’s time to analyze the Jaguar XJR. The big Jag uses a 5.0 liter V8 supercharged via a compressor, delivering a total of 550 hp and 680 Nm from as low as 2,800 rpm. It also comes with a ZF eight speed transmission so there’s nothing new to report here. The outside, even though it aged well, is beginning to show it’s past its prime time and unsurprisingly, a facelift is on the table. On the track, though, the sheer mass of the car made short work of its brakes and suspension, quickly showing signs of fatigue. When performing normally, though, the XJR is quicker to stop from 100 km/h than the Mercedes-AMG S 63 4MATIC by 0.3 meters. 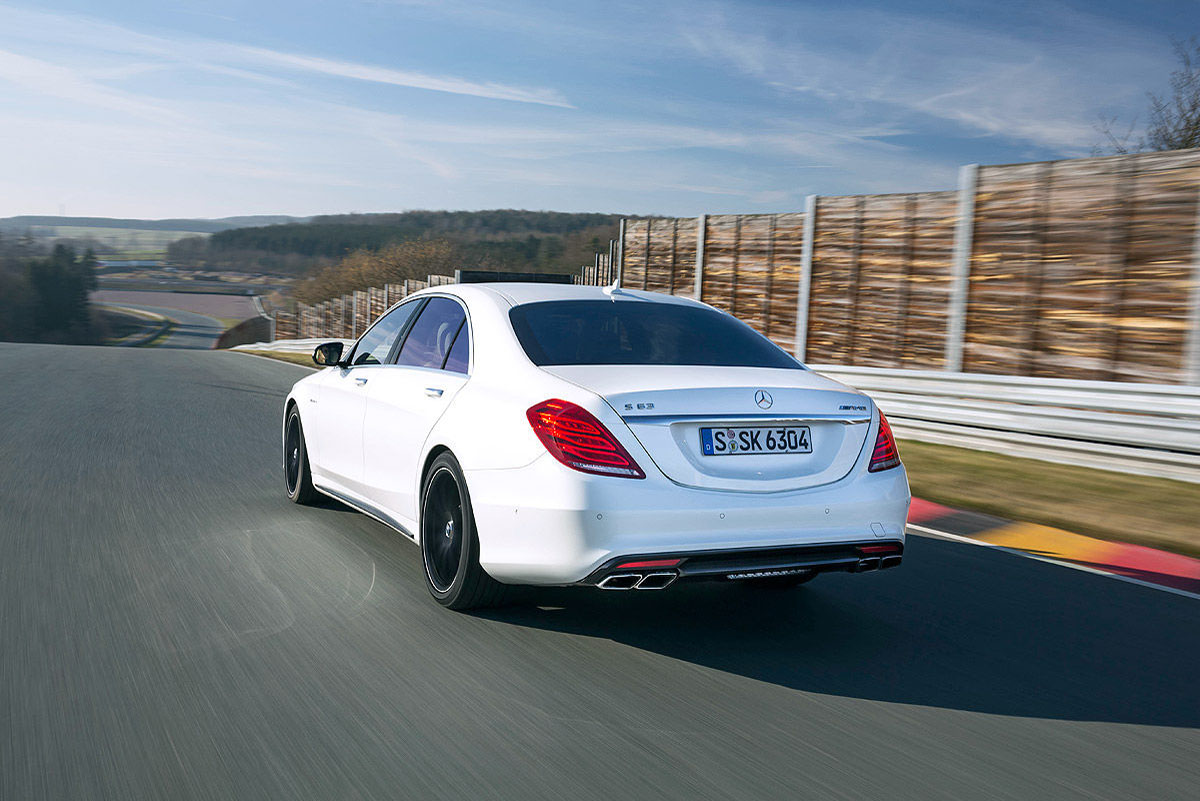 It’s time for the reason we’re all here: the Mercedes-AMG S 63 4MATIC itself. Even in this sporty guise, Mercedes-AMG S 63 4MATIC doesn’t forget it’s a Mercedes first and foremost, so it comes with massage chairs, lane departure warning, night vision and all sorts of other features suitable for the undisputed king of comfort and pampering. The outside look of the car is pretty underwhelming too considering what it can do – apart from the special wheels, the marking at the back and the significantly larger air vents on the front bumper, little is showing this is a 3.9 seconds 0-100 km/h car. Another great feature for the big Merc is the sound which can vary from a discreet V8 rumble, to a thunderous roar when the sport mode is activated and the exhaust system goes into full attack mode. 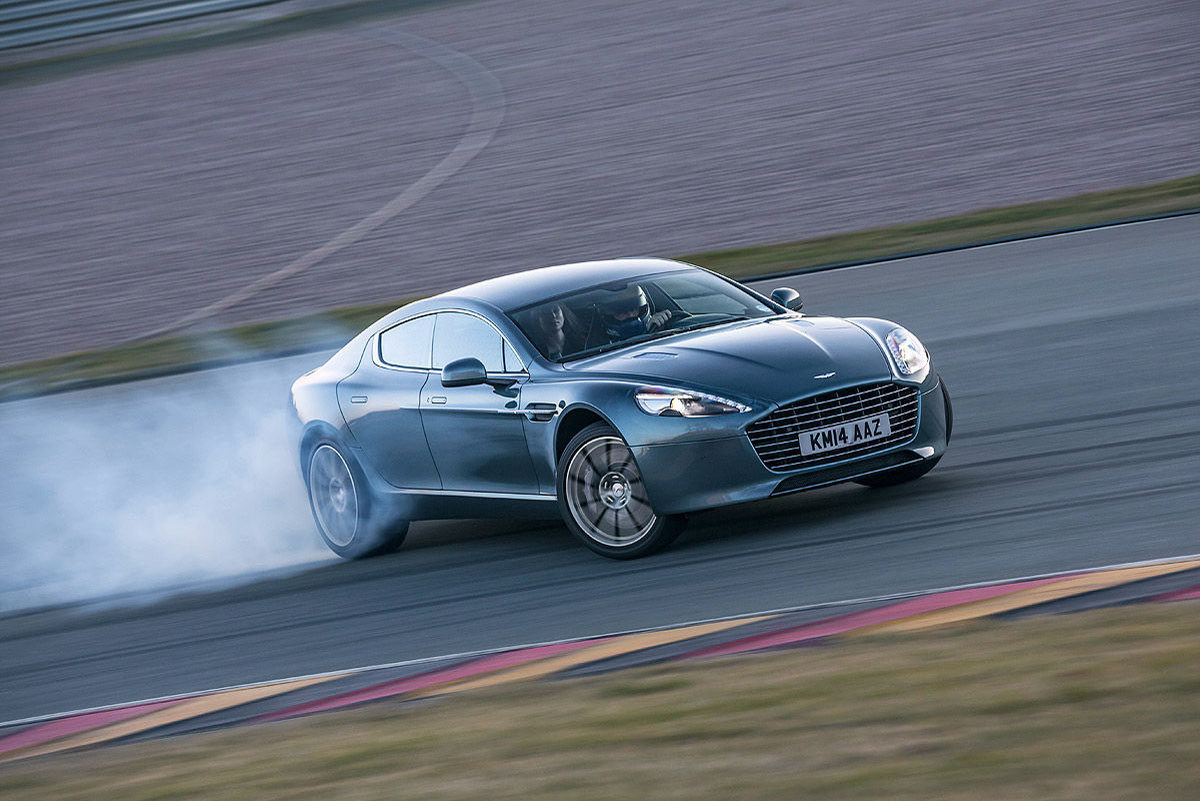 Time for a verdict and since on test here is the sporty character of these cars, the Germans chose a racing circuit for the job. On paper, the Mercedes-AMG S 63 4MATIC is the clear winner. It’s got the most space, the best performance figures, it is the most comfortable and it sits nicely in the middle in terms of pricing. On the track, though, even with its four wheel drive system and optional ceramic brakes and 20 inch wheels, it falls short compared to Aston Martin’s natural agility. Its coupe roots are showing and even the sturdy Germans’ hearts are melted by the Aston’s ability to dance around the track. I feel I’m forgetting something… oh, yes, the Jaguar. Well, it’s not bad by any means and even has a very impressive engine, but it’s the chassis that fails the car, unable to cope with all the power and lateral and longitudinal loads generated on the track. So, the Mercedes-AMG S 63 4MATIC keeps its comfort crown, but as far as four door sports cars go, the Aston Martin Rapid S is the king. 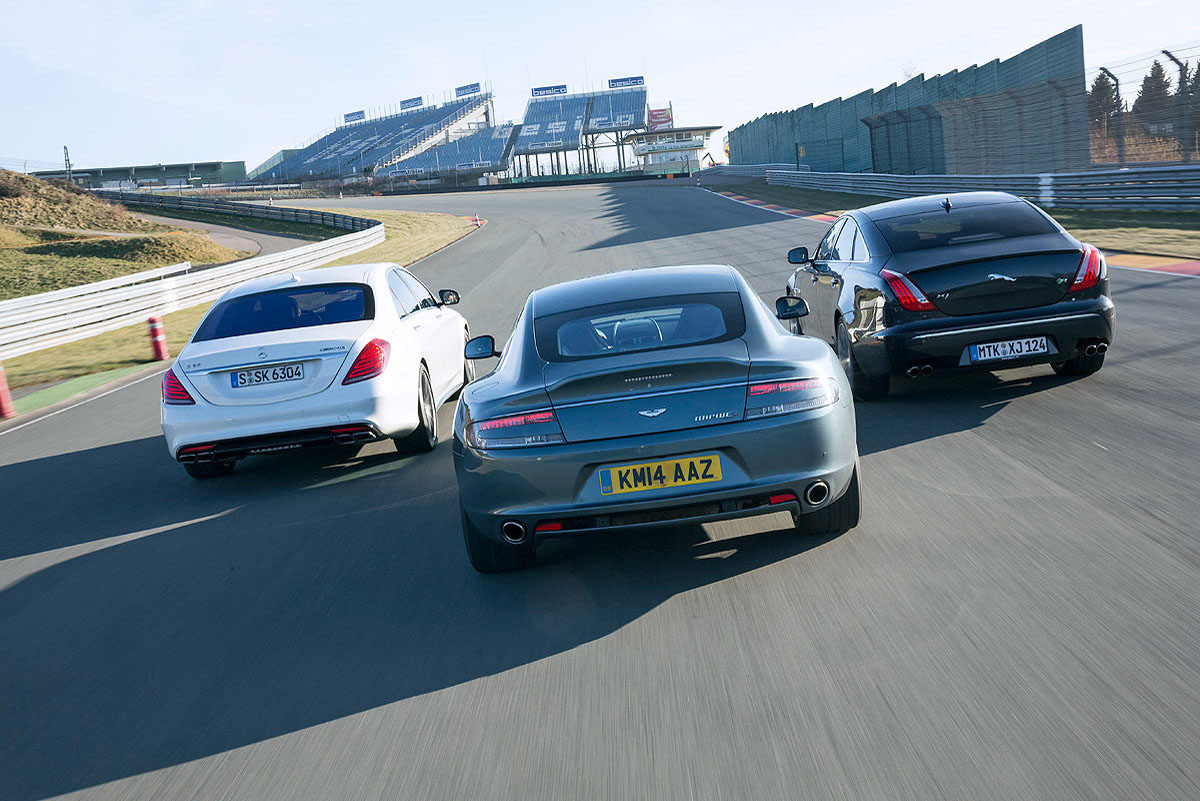