Born to be wild – Mercedes-AMG reveals its Super Bowl commercial on February, 5th

Billions of viewers from around the world will be glued to the screen on February 5th, the big day of the Super Bowl. Mercedes-AMG will be presenting an Oscar-kind of film at the 2017 edition of the NFL final. The “Easy Driver” series pay homage to true legends like actor Peter Fonda that stars in the videos and the rock band Steppenwolf, none others than the performers of the “Born to be wild” hit. The short movie will be directed by the Oscar winning duo, brothers Joel and Ethan Coen.

The 4.0-liter V8-powered Mercedes-AMG GT C Roadster, a car “Born to be wild” just as much, is the star of the video. “The film is a really successful media kick-off into our 50th company anniversary. We are delighted that the new Mercedes-AMG GT Roadster is going to be playing a major role at this year’s US-American football final. Freedom and adventure are the perfect fit for a car that provides the most intensive way ever to experience true Driving Performance,” says Tobias Moers, Chairman of the Board of Management of Mercedes-AMG. 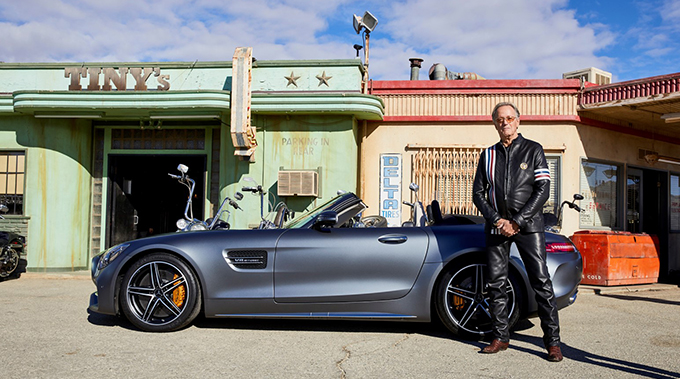 The short film brings to the screen a group of hardcore bikers, who find it hard to accept that the times have changed and are still clinging on to the old dream of freedom on two wheels. They end up in a run-down bar somewhere along the legendary Route 66, while their anthem “Born to be wild” plays in the background. An entire “wall of fame” is dedicated to their hero, Peter Fonda. But there comes the Mercedes-AMG GT Roadster to spoil the fun, blocking their bikes. Oops, there comes trouble, as the tough guys with long hair and skin covered in tattoos are not going to let this go. But of all people, the driver of the GT is their idol himself, Peter Fonda, who shows them the contemporary version of living the “American Dream” by revving up the engine and smoking the tires. 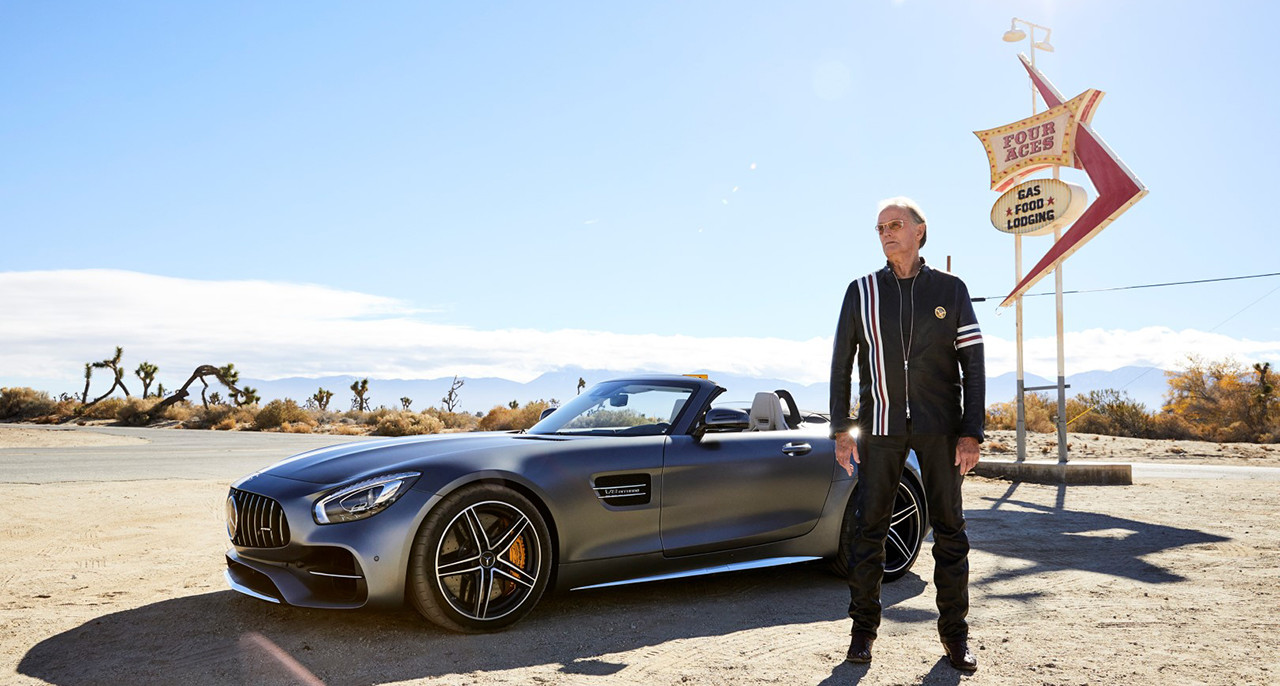 The story was put onto the screen under the command of the Coen Brothers, those who have previously directed “Fargo”, “The Big Lebowski” and “No Country for Old Men”. The scenes were shot not far from L.A., California.

Mercedes-Benz is returning to Super Bowl after a one-year break. The premium car brand previously aired commercials at the 2011, 2013 and 2015 editions of the grand finale of the NFL.