Mercedes-AMG is chasing world records again and this time it seems that it’s got just the right weapons for it: a rumored Mercedes-AMG R50 hypercar set to come out next year, to mark the company’s 50th anniversary. Whatever the dubbing comes from, it sounds like a shot gun and would surely have the speed of one.

This mid-engined Martian will be a street-legal UFO-like model with a total output of a mind-blowing figure: 1,300 HP altogether.  According to rumors, there will be a hybrid drive train, amazingly made up of a 1,000 HP 2.0-liter 4-cylinder turbocharged engine which will drive the rear wheels  assisted by two electric motors of 150 HP each, both able to drive the front wheels for short periods of time.

The two-seater is supposed to come with a super slender silhouette, weighing just around 1,300 kg (2886 lbs.) and wrapped in plenty of carbon fiber and other lightweight materials. Rear-wheel drive and an adaptive suspension train, together with the high-tech fitted in the companies racing cars would complete the see-it-to-believe-it vehicle. 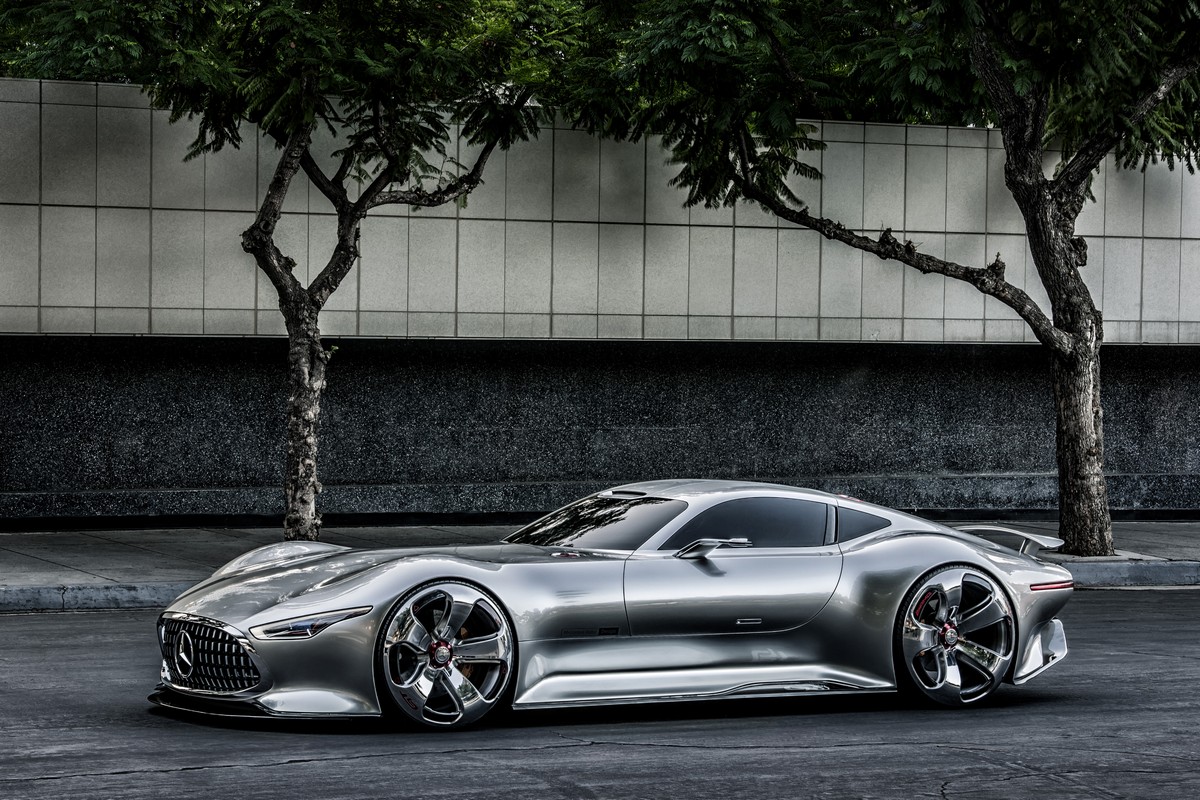 Visually, the car is set to look like the beast that it is: aggressive front fascia, a bodywork that would look glued to the road and – according to the German magazine Autobild – it will probably borrow a handful of styling cues from the CLK GTR, the coupe built in the 1990s.

The 1,300-horsepower UFO will land just in time for the AMG’s 50th anniversary and it will be part of an exclusive limited edition of only 50 such vehicles with a jaw-dropping price tag between €2 ($2.2) and €3 ($3.3) million euros.

The hypercar would join the exclusive already spiced-up street-legal race of the current Porsche 918 Spyder, McLaren P1, Ferrari La Ferrari, Bugatti Chiron and Lamborghini Centenario and the future  Aston Martin RB 001.
Aston Martin RB001 will be developed by the famous Formula 1 engineer Adrian Newey with the financial support of Red Bull and is set to develop a power to weight ratio of 1 kg/1 HP. The RB001 will arrive in 2018, it will be powered by a V12 normal aspirated engine and will cost around 3 million euros.

Lamborghini Centenario  is an exclusive series of only 40 units. The 770 HP supercar costs 1.75 million euros.

Bugatti Chiron is the only one from this exclusive group with a 4-wheel drive. The 1,500 HP 16-cylinder engine sends the enormous power to all four wheels. The new Chiron is also the heaviest from this group at 1,900 kg.

The Ferrari LaFerrari, the Mclaren P1 and the Porsche 918 Spyder use a hybrid propulsion system, but the assemblies are very different. Only the P1 and the 918 Spyder can be driven in a fully electrical manner.

The hybrid SLS AMG never made it, will this one be a game-changer? Only time will tell…

*The Mercedes-AMG Vision Gran Turismo is shown in the photos.