The head of Mercedes-AMG Petronas Formula One Team, Toto Wolff, becomes a shareholder in Aston Martin. He already owns 30% of the Mercedes team. Is he flat out on planning his departure?

His friendship with Canadian billionaire Lawrence Stroll, who has already poured $659 million into the Racing Point F1 team, has been rapidly evolving for the past few weeks. Racing Point may turn into team B for Mercedes. The racing car that RP has been using during pre-season is similar to that that Lewis Hamilton and Valtteri Bottas drove last season. 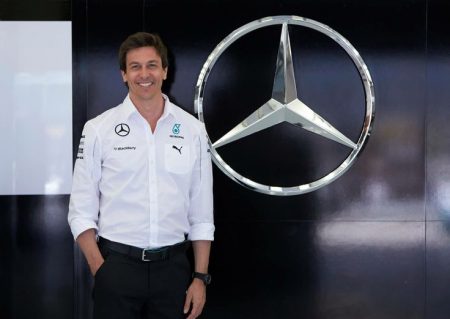 Why would he leave Mercedes?

Brought to Mercedes by Hans Werner Aufrecht – the “A” in “AMG” – and supported by the company’s former CEO, Dr. Dieter Zetsche, Toto Wolff is far from being one of the current CEO Ola Kallenius’ top favorites. Their relationship has been springing in tension for months already. Wolff is furious because the executives of Mercedes failed to support him when he mentioned becoming the CEO of Formula One, replacing the American Chase Carey. It was a possibility that Ferrari vehemently rejected as well. La Scuderia even threatened to use the veto power as a last resort to block his way to the leadership of the competition. Therefore, the Vienna-born business man had to resort to managing the Brackley and Brixworth-based team.

Wolff also missed the two teleconferences held by the FIA with the representatives of the F1 teams, in order to establish the upcoming steps of the championship. The F1 season has been broken to pieces by enforced cancelations due to the coronavirus pandemics. Wolff appointed Technical Director James Allison to replace him in the meetings.

Furthermore, Toto Wolff seemed the only one that stuck with the idea of racing in Australia until the very last moment. The FIA canceled the race just hours before free practice. He left Melbourne together with Lawrence Stroll. Negotiations continued, but those with Lewis Hamilton have been suspended. The Brit’s contract expires in the end of the season and so does the Austrian’s.