Mercedes-AMG Petronas Motorsport gets Formula 1 World Championship title once more, after Lewis Hamilton luckily wins the Brazilian Grand Prix. It is the fifth consecutive title in the past five years, achieved one race ahead of the end of the season.

In Brazil, the leader of the race, Max Verstappen, was cruelly deprived of what was expected to be a superb vitory. A collisionwith Force India’s Esteban Ocon sent him straight to the second position, while Lewis Hamilton went into the lead. 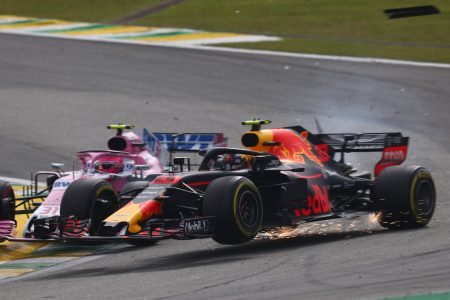 The Red Bull driver was one lap ahead of Ocon. The Frenchman failed to follow the blue flag regulations and seemed to be willing to race the Dutch. In Turn 1, the collision sent both of them into a spin, while making way for Lewis Hamilton to win his 72nd career win. Ocon received a 10-second stop-and-go penalty. 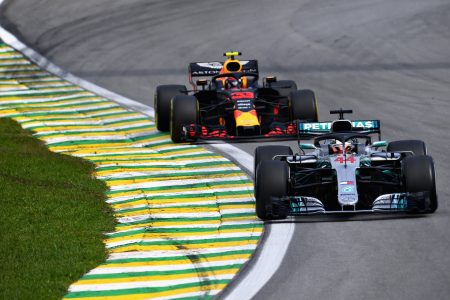 His teammate, Valtteri Bottas, had to settle for the fifth position, who had been overtaken by Red Bull’s Daniel Ricciardo. The Australian driver was threateningly closing in on Kimi Raikkonen, who eventually climbed up in the third position of the podium. The other driver of La Scuderia, Sebastian Vettel, came in sixth.