The Dual-Axis Steering system used by Mercedes-AMG Petronas Formula One Team has been banned for the 2021 season. The FIA modified the next seasons regulation to prevent the team from using it.

The DAS is specifically developed to allow the driver to adjust the so-called “toe” of the tires. For Formula One cars, the tires are usually pointing slightly away from the center of the car when driving in a straight. The setting provides better handling in turns, but it is far from being helpful on straights. But Mercedes-AMG came up with a system that allows drivers to pull on the steering wheel in order to eliminate the “toe-out” whenever necessary. The DAS is controlled by the driver either pulling or pushing the steering wheel, hence the “dual-axis steering” designation. 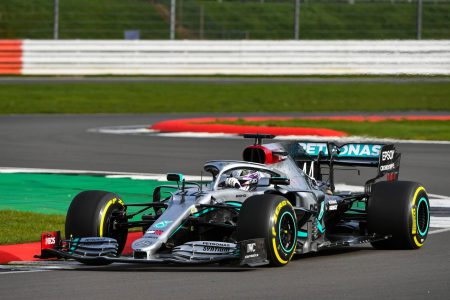 Developed in Brixton and Brackley and tested in Silverstone and Barcelona, the system may secure a better heat distribution across the tires, thus reducing roll, and may as well offer better aerodynamics. The defending Fomrula One champion Lewis Hamilton is still not sure if the DAS is actually useful or not, but he says he is excited to try out something new.

“I’ve only had one morning with it, so I don’t really have a lot to talk about with it. For me it’s really encouraging to see that my team is continuing to innovate and stay ahead of the game and I think that’s down to the great minds in the team and so hopefully that’ll work to our benefit”, Lewis Hamilton said in a statement for ESPN. 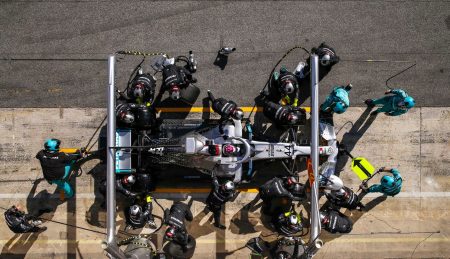 The German-British team made the system so that it complies with the Formula 1 regulations for the 2020 season, but they will have to eliminate it for 2021.

The Federazione Internazionale dell’Automobile (FIA) took note of the new technology that Mercedes had been working on for the past year, last fall and modified the regulations to prevent the team from using it. The new rules though could not be implemented for 2020.