Mercedes-AMG Petronas Formula One Team partially revealed the 2020 season racing car together with a five-year principal partnership with global petrochemicals manufacturer INEOS. The Founder and Chairman of INEOS is Sir Jim Ratcliff. He is the man that wanted to see the old Land Rover Defender continued, but Land Rover dismissed the idea.

“It’s a proud moment for INEOS to become principal partner to the world’s best Formula One team – and by extension one of the world’s most prestigious brands, Mercedes-Benz”, said Sir Jim Ratcliffe, Founder and Chairman of INEOS. “The Mercedes team is a leader in global sport and have consistently shown that they are at the forefront of technological innovation and human performance. Their grit and determination to redefine what is possible makes them a natural fit for INEOS”, he added. 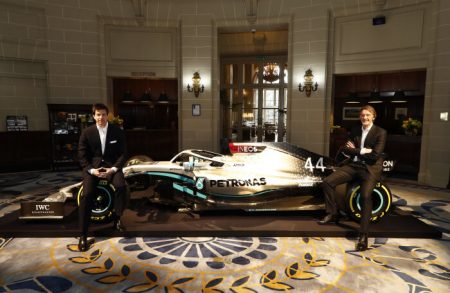 The man that orchestrated the success of the team, Toto Wolf, stated: “It is a very proud moment for us to welcome INEOS to Mercedes in their new capacity as Principal Partner. The company’s ambition, dynamism and entrepreneurial flair are a perfect fit for the spirit of Mercedes-AMG Petronas.”

“Furthermore, this new partnership is an important cornerstone of our future plans in Formula One. It once again serves to demonstrate the attraction of the sport for ambitious, global brands with a long-term vision for success”, the Team Principal and CEO of Mercedes-AMG Petronas Formula One Team continued. 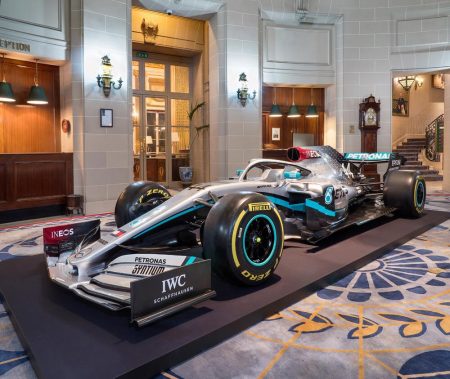 The principal partnership was signed in the end of 2019 and revealed together with the racing car for the 2020 season. The INEOS logo has found its place on the Mercedes-AMG Petronas Formula One car, thus adding a new color to the vehicle’s livery.

This year’s season will see World Championship title holder Lewis Hamilton running for another success for him and his seventh, equaling Michael Schumacher’s success in Formula 1. Finn Valtteri Bottas will also drive for the Mercedes-AMG Petronas Formula One Team. The ceremony of the racing car presentation is scheduled to take place on February the 14th.