Once again, on Tuesday the hills of Jerez were alive with the sound of music. A music played by similar instruments, carefully tuned and moving at very high speeds. The best kind of music.

For MERCEDES AMG PETRONAS, the third day of pre-season testing meant no less than 151 laps of the Catalunia Circuit, which added up to a total of over 668 kilometers in the new F1 W06 Hybrid car. If that doesn’t sound all that impressive, is because you don’t know one thing: MERCEDES AMG PETRONAS only had one driver out on the track yesterday, so all that mileage was done by Nico Rosberg and Nico Rosberg alone.

We, mere mortals, would probably struggle to survive a single lap done at full speed, so it hurts to even imagine what it would be like to complete 151 in a single day. It’s true, Nico’s programme also contained some pit stop practice, so the conditions must have resembled those of a real race, more or less.

The final standings saw Rosberg on a very honorable third spot, behind Sauber’s Felipe Nasr and Ferrari’s Kimi Raikkonen. MERCEDES AMG PETRONAS’ driver was followed by another two cars that use Mercedes engines from teams Williams and Lotus. 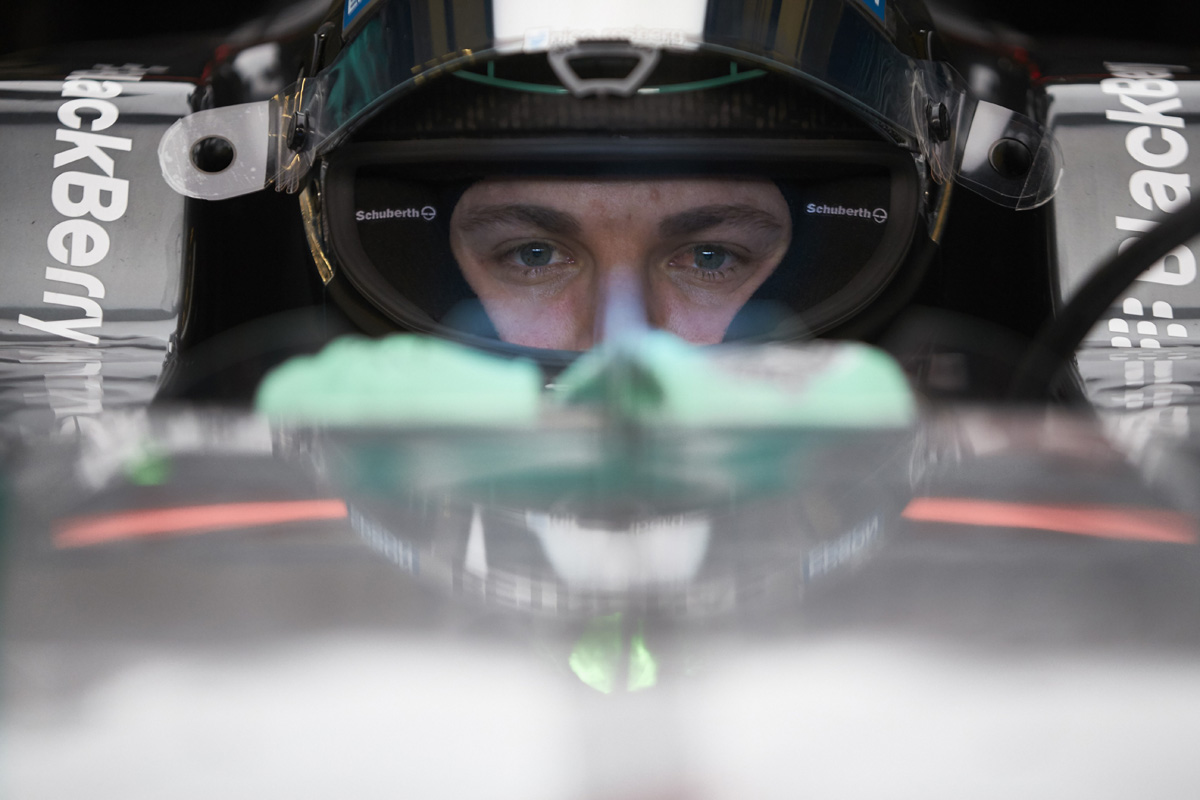 At the end of the day, this is what Nico Rosberg had to say:

Reliability was our main issue over the last year, so our goal for 2015 is to sort this out. That is why I can be happy with my first pre-season test as I did a lot of mileage on both days. A big thank you to the team for a reliable Silver Arrow so far. They did a really good job over the winter. Performance wise I don’t know where we are but the Ferrari times look very encouraging for them, so it will be an interesting year for Formula One, I guess. However, I recently heard about the discussions concerning the German Grand Prix and it’s really sad for me and the German fans to hear that nothing is confirmed yet for 2015. For as long as I can remember, the German Grand Prix was part of the Formula One World Championship, so I really hope our Grand Prix will be held this year and beyond that. The fans deserve to have a great show every year because there are so many great supporters out there. Also there is plenty of Germany in F1, with us German drivers like Sebastian, Hulk and myself, plus of course Mercedes-Benz. So I really hope that Bernie and the promoters find a good solution for everybody.

On the fourth (and final) day, it was Lewis Hamilton‘s turn. He took the car out on a damp (if not even wet) track, following the early morning rain, so he was forced to use intermediate tires – which quickly became obvious in his lap times: 1:38:818. After a short while, the track dried enough to switch to dry weather tires, a move which immediately chopped 10 seconds off the lap time.

After 43 laps, Hamilton’s car stopped between turns 11 and 12 and had to be picked up and brought to the team’s garage. Still, the whole shannanigan only took about 35 minutes so Lewis didn’t waste any time before heading out on the track. It turns out his car had spun out in the chicane, leaving Lewis on the circuit, but facing the wrong way.

The teams are still testing and will continue to do so until the end of the day. Currently, the pace setter is Ferrari’s Kimi Raikkonen, followed by MERCEDES AMG PETRONAS’ Lewis Hamilton and Romain Grosjean of Lotus in on third. But there’s still plenty of time and a lot can happen.