Mercedes-AMG GT4-door Coupe wants to break the record set by the Porsche Panamera Turbo S facelift at the Nurburgring which covered 20,832 km in 7: 29.81 minutes.

The rivalry between Porsche and Mercedes-AMG is very high. Just one day after Porsche’s announcement that the new top model Porsche Panamera Turbo S covered the 20,832 km of the Nurburgring circuit in 7: 29.81 minutes, Mercedes-AMG posted the following comment on their Facebook page.

“Almost 2 years ago, an AMG development engineer drove a production Mercedes-AMG GT 63 S 4MATIC+ 4-Door Coupé on the Nürburgring in adverse conditions for a blistering time of 7:30.109 minutes on the Nordschleife.
Our record lap was the best of its class and only 0.3 seconds off of a recent record time you may have heard about. Maybe, it’s high time to hit the track again…” 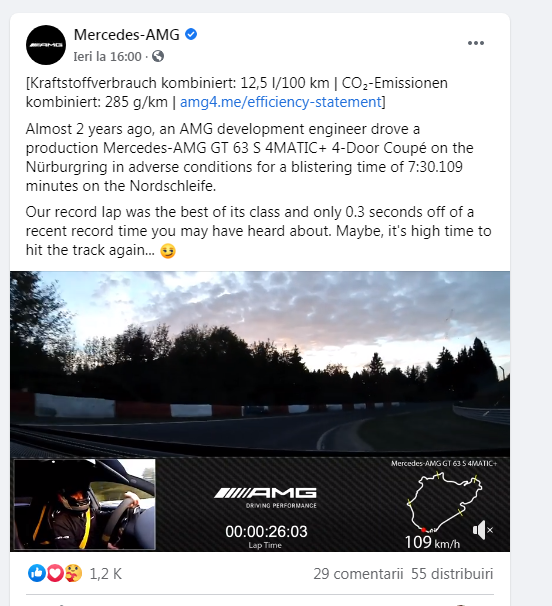 We are now wondering if Mercedes will try to break Porsche’s record with the Mercedes-AMG GT 63 S with 639 HP or will wait for the launch of the new hybrid Mercedes-AMG GT 73 e. It promises to deliver 800 hp from the 4-liter twin-turbo V8 engine and accelerate from 0 to 100 km/h in just 3.2 seconds.