A new raft of pictures revealing the new Mercedes-AMG GT3 have surfaced online. The new racer is set to debut at the Geneva motor show next week.

The new Mercedes-AMG GT3 will receive a massive rear wing, extra air vents and wider front and rear tracks to boost mechanical grip. The wider body certainly leaves a strong first impression while the aerodynamic twaks are meant to take the GT3 one step closer to perfection in therms of dynamic prowess.

The first picture of the interior reveals a simple layout. In close relation to the FIA GT3 series regulations, all comfort amenities are now extinct with a bucket seat, roll-cage and race-spec steering wheel and instrument panel now filling their shoes. 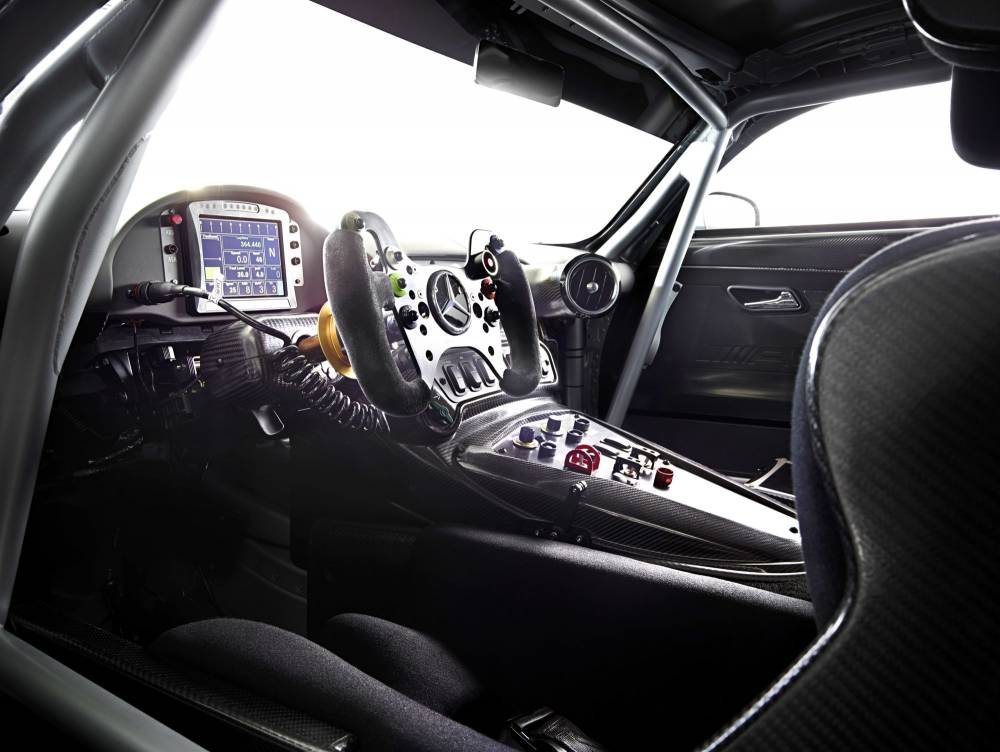 The FIA GT3 racing version of the GT would be available from the 2016 season to replace the immensely successful SLS GT3.

Based on the GT road car, the GT3 is also set to inspire a street-legal version. The road-going model is set to close the gap between the current GT S top-of-the-line variant and the yet to be confirmed Mercedes-AMG GT Black Series.

The plan has been confirmed Mercedes-Benz’s AMG performance division boss Tobias Moers himself. “Why not? A road version of our GT3 racing car sounds like a pretty good idea,” he said.