The Mercedes-AMG GT Silver Echo pays tribute to Sir Stirling Moss, the iconic driver that passed away on Sunday. A digital render makes a daring combo between the sports range built in Affalterbach and the “Stirling Moss” limited-edition model.

The British racing driver passed away at his London residence, but his legend lives on. The internet is full of tributes for the man who won 212 Grand Prix, but never became a World Champion. The Mercedes-AMG Silver Echo is a speedster inspired by the Mercedes-Benz SLR McLaren Stirling Moss, with elements borrowed from the AMG GT range. 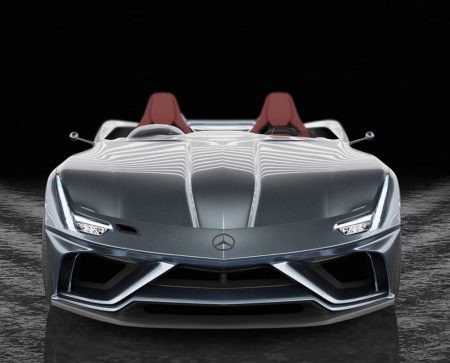 Designer Costas Phouphoullides is the man behind the Mercedes-AMG GT Silver Echo project. The artist based in Gothenburg and working for Geely Design Europe, found inspiration in the very limited-edition model. This is how his imaginary model ended up with no windshield, nor roof. It is for the driver and the passenger to “enjoy unadulterated high-speed excitement with all the attributes of a speedster. The nose is designed to pull in air through the long engine and doubles as an aerodynamic wing to produce down-force at speed”, Costas explains.

He placed the DRLs as far outboard as possible, leaving enough space for the aggressive front apron to make a stand. Meanwhile, a horizontal light band crosses the rear, playing the part of the rear lights. This is a solution similar to what we have recently seen in the electric concepts of the brand, with the Mercedes-Maybach Vision 6 Cabriolet being among them. 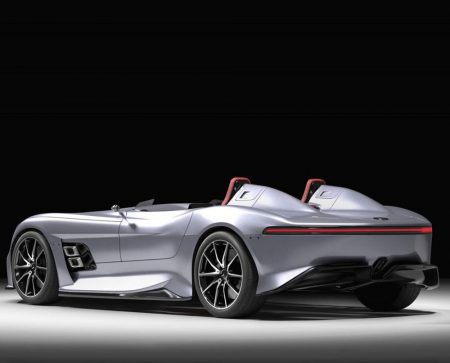 The left-hand drive cabin follows the exquisite lines of the McLaren Stirling Moss, but involves recent elements of the sports cars typical to the AMG branch.

Phouphoullides has not chosen a power plant for his creation. But we would dare grant it with the Mercedes-AMG 4.0-liter biturbo V8 in its top tuning. How fast should we make the Mercedes-AMG GT Silver Echo? Considering its supercar silhouette, shall we slot it below the AMG GT R in terms of acceleration? The GT R takes 3.6 seconds to make its way from a standstill to 100 km/h (62 mph). So let’s say that 3.5 would be enough for the Speedster.