We might as well say Pretty Proud. Pretty Playful. Pretty punchy. PP-Performance has just revealed its take on the most tuned car of the past year, the Mercedes-AMG GT S, together with the C63 AMG. What do they have in common? It is the already famous 4.0-liter twin-turbocharged V8 engine.

PP-Performance has joined the party with the S versions of the AMG GT and the C63 AMG, both standardly coming with 510 HP. Apparently, the tuner believed that was a far cry from enough. Once the vehicles have fallen into the hands of the German tuning experts, they re-coded the ECU of both and the power has skyrocketed. 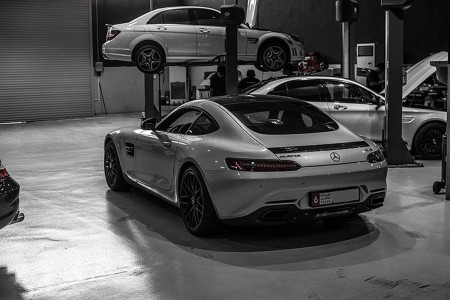 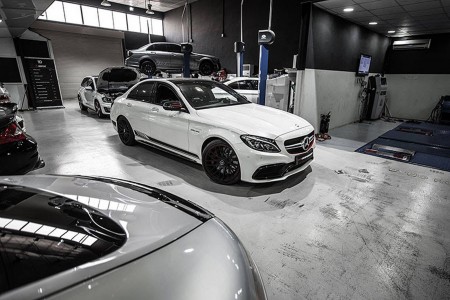 Not only the S versions can undergo the “heart” surgery, but also the standard vehicles. The chip tuning cranks them up to 610 HP and 765 Nm, just a slight difference from the S-badged cars. 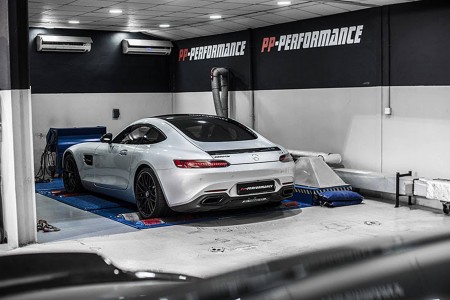 And if that is still not enough, PP-Performance gives the daredevil drivers a chance to go higher up: an additional 33 HP can be achieved with a catless exhaust system for 2,499 euros and a racing air filter for 199 euros. The entire chip tuning package puts the price of the cars up by 2899 euros.

Since they have nothing to hide, the people in PP-Performance have shared photos from their warehouse-laboratory.