Mercedes-AMG GT Roadster would be one sleek cabriolet

The idea of a possible roadster version for the AMG GT came up right from the coupe’s launch back in September 2014 but without any official outcome. However, this hasn’t stopped Theophilus Chin from rendering the AMG GT into a roadster.

When Daimler launched the Mercedes-AMG GT last year, several media outlets and fans wanted to know if they will ever see a roadster version of the AMG GT.

Daimler didn’t give a clear answer and this is only natural, as a possible AMG GT roadster might mess around with the SL-Class and S-Class Convertible’s karma in terms of sales. 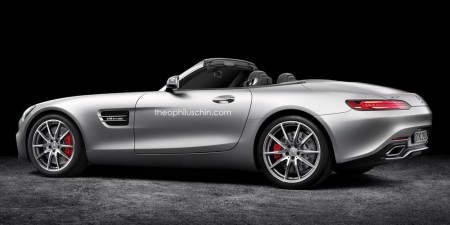 However, an open-top version of the AMG GT would make perfect sense, at least in terms of design. That’s what we find out by looking at the renders created by Theophilus Chin.

According to the artist, the goal was to “imagine the roadster having a convertible hardtop, instead of cloth roof as seen in the previous Mercedes-Benz SLS AMG.” 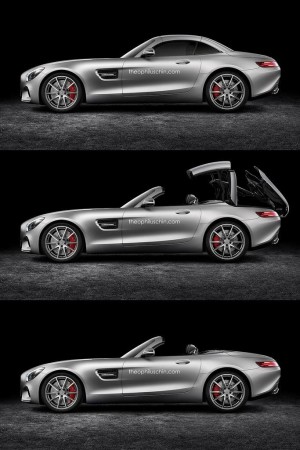 For now, all we know is that the AMG GT will get a Black Series version followed by a track-only GT3 model coming to replace the current SLS AMG GT3 and a street-legal GT3 version which should prove a hard nut to crack for the Porsche 911 GT3.