It seems Porsche finally accepted the fact that nobody buys their new cars because of the revolutionary design changes and drove the 2016 facelifted version out on the Nurburgring without any camouflage on.

The exterior touches are as discreet as you’d expect them to be, with the new 911 facelift able to pass as the old one to all but the most perceptive among us. There are minor tweaks to the grille and the front bumper layout for improved ventilation, while the front lights have new internal graphics and the signature LED daytime running lights.

Moving towards the rear, the story is pretty much the same: all changes are made not for stylistic reasons, but to improve aerodynamics and the cooling of the engine.

The more important part comes with the interior, where the central display has grown in size, but also in features: it’s an evolution of the Porsche Communication Manager system used in the firm’s current range, with better connectivity and graphics and improved navigation mapping. 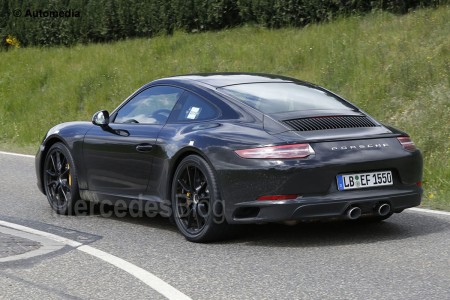 The drivers of the new 911 will be holding a similar steering wheel to that of the 918 Spyder hypercar, a nice touch that will certainly make the future 911 facelift owners very happy indeed.

Engine-wise, there is still no information on the power output of the new models, but it’s worth mentioning the fact that Porsche will be using turbo engines outside the Turbo models (I know, it makes no sense), with a turbo flat-four announced for the Boxster and Cayman and a turbo flat-six for the 911. 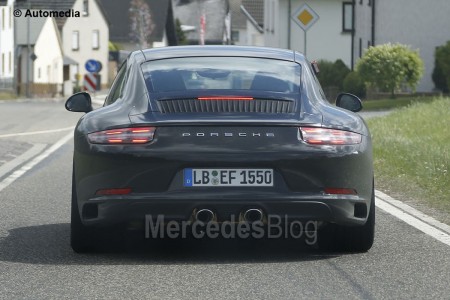 In my opinion, the interior needs a bit more work if it’s to compete with the likes of Mercedes-AMG GT in terms of design and quality, but the introduction of turbo boxer engines can only be a good thing for Porsche, even though it might scare off some of the more traditional buyers.