Does the Mercedes-AMG GT R need more power? Does it need any more stans? Apparently, Fostla believes that it does. So here is the tuning house’s take on the Beast from the Green Hell.

German tuner Fostla brings extra 65 horsepower and 70 Nm of torque to the car Mercedes-AMG developed and tested on the famous Nurburgring racetrack, the so-called “Green Hell”. 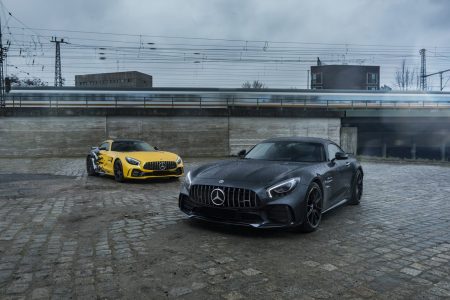 You may as well want to read: Aquamarine power – Mercedes-AMG E63 S Estate tuned by Fostla

The already impressive V8 that it shelters under the bonnet was capable of producing 650 horsepower and 770 Nm of torque, making it as powerful as Lamborghini’s Hurcan Evo, powered by the 6.5-liter V10, naturally aspirated, but unable to fit in it the sophisticated all-wheel drive system. The GT R keeps its reputation of fun-to-drive thanks to its rear-wheel drive.

The GT R made by Fosla now hits 62 mph (100 km/h) from a standstill in 3.6 seconds. Fostla keeps the new figure under wraps, but instead, reveals everything else. 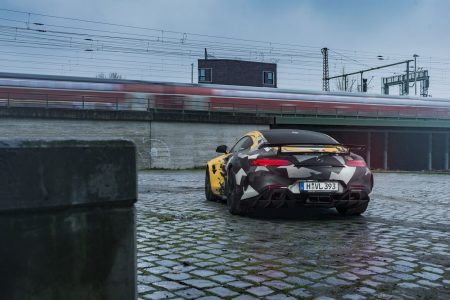 We thus get to see the yellow and black vinyl wrap with what seems to be an urban pattern camouflage, covering part of the mid area and the entire rear of the car, to underline its daring personality.