Mercedes-AMG GT Concept: See how it looks in semi-production guise

We bring you the first look at the Mercedes-AMG GT Concept in hypothetical production form via PeisertDesign. The digital renders show how the four-door supercar concept might look once it gets into production, circa 2019.

The Mercedes-AMG GT Concept has just been revealed in Geneva and has already caught the eye of the digital experts, who are imagining how the car would look in production guise.

Just as expected, the four-door Mercedes-AMG GT will bet everything on design. Sporty design, that is! From the side, there’s no mistaking the GT for anything other than a fully-fledged four-door coupe, complete with an elongated roof which flows seamlessly towards the beautifully sculptured back. In E-Class Coupe fashion, the taillight design adopts a slim, feline look.

In the digital simulations, the front grille is simpler, as it is replaced by a typically Panamericana style Mercedes-AMG one. PeisertDesign also erased some of the flashier parts, including the rear diffuser which has been tweaked to incorporate a regular twin exhaust setup. Of course, to give the render a more realistic feel, a pair of regular side mirrors were mandatory, but PeisertDesign simply preferred to keep the pop-up video-cameras.

Of course, this is only a design concept, so the hybrid propulsion system remains untouched. Called EQ Power +, it is a combination of a state-of-the-art V8 petrol engine and a high-performance electric unit. Both intelligently networked and combined with a modular battery concept. The sprint from 0-100 is less than three seconds – which corresponds to the super sports car level. The AMG’s 4.0-liter Biturbo V8 is set at a good 600 hp. The all-wheel drive also gets a progressive note: the rear axle also drives a powerful electric motor which assists the standard torque vectoring with targeted over-acceleration. READ MORE ABOUT THE MERCEDES-AMG GT CONCEPT HERE. 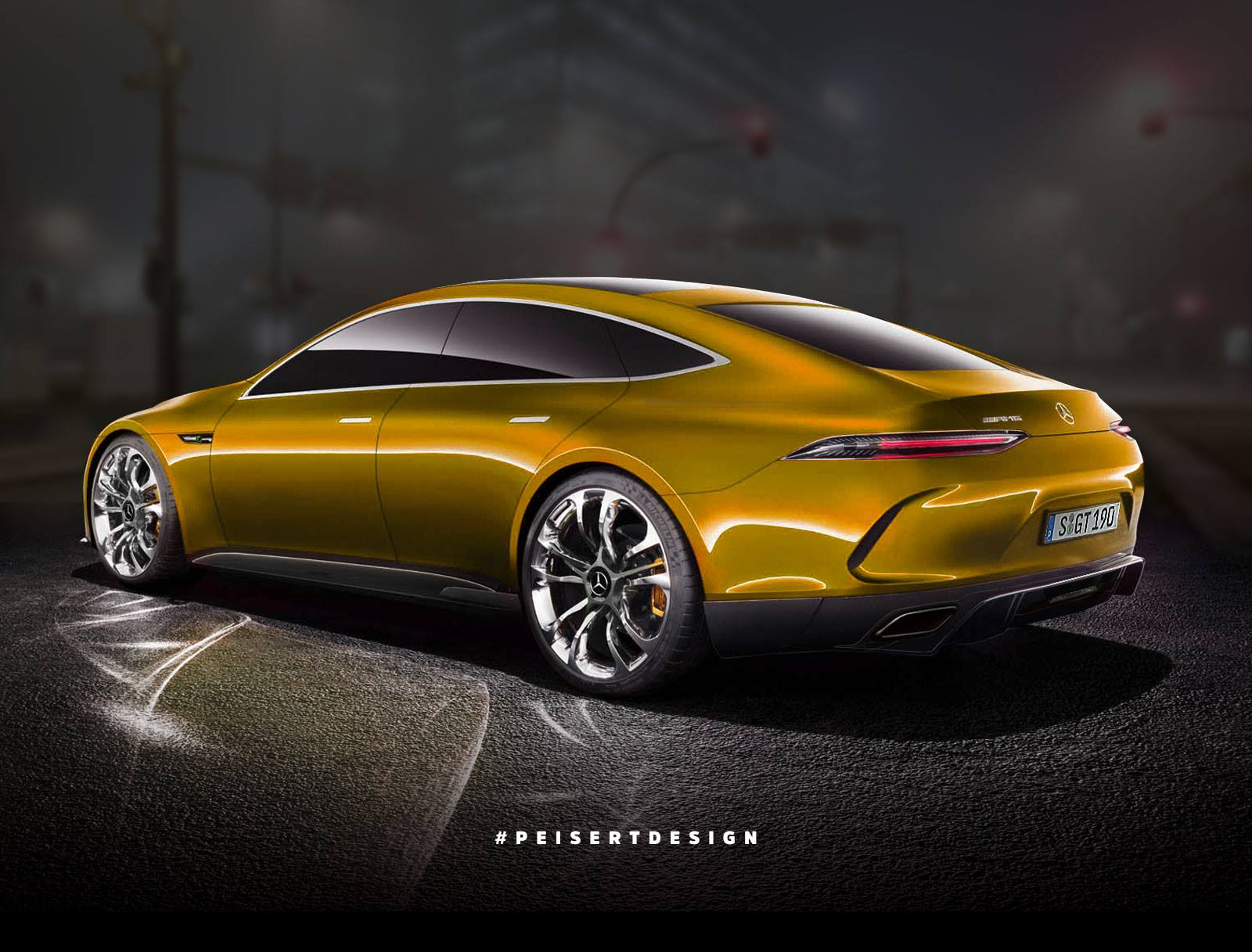