Mercedes-AMG GT Black Series P One Edition – What is special?

Soon after the reveal of the Mercedes-AMG GT Black Series, here comes the P One Edition. Only 275 customers will be lucky enough to purchase it.

The ultra-rare limited edition will only be offered to those who will buy the Mercedes-AMG One hypercar. Only three photos have shown up online with the rare variant. They show that the car has a different look, highlighted by the stars adorning the rear. The unique pattern resembles the one that can be seen on the Formula One racing cars driven by Lewis Hamilton and Valtteri Bottas. 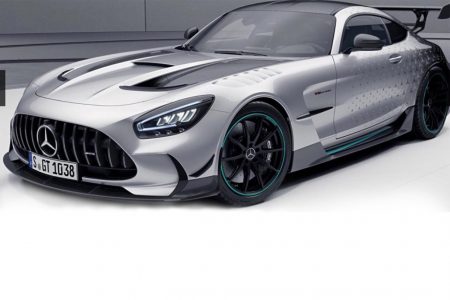 It copies though, the livery prior to the transformation of the racing car. It now wears a black one, thus the Silver Arrows are far from silver, but lucky as can be, since the Brit and the Finn won three out of the three races that took place in Austria and Hungary, in the beginning of the F1 season.

There are Petronas turquoise accents on the side sills and rims, but also on the backrest of the bucket seats, on the center console and on the dashboard. 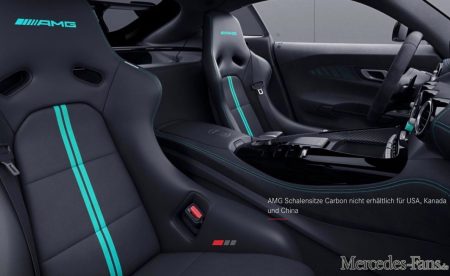 The hypercar is now fighting delays. Based on the Project One concept, revealed in September 2017, it was expected to be ready in late 2018. But the buyers of the already sold-out model are still waiting for the car that packs over 1,000 horsepower. One, with the 1.6-liter V6 engine and electric motor, should arrive sometime next year. Only 275 of them will be built, each with a price of 2,75 million euros.

The P One Edition is expected to be offered at an additional cost of 50,000 euros.