The Geneva Motor Show was the stage on which Mercedes-Benz presented the Mercedes-AMG GT 4-Door Coupe this year, a car with which Mercedes-Benz tries to beat the Porsche Panamera at its own game. The five-door coupe is available with both six-in-line and eight-cylinder engines: the 585 hp and 800 Nm strong GT 4-Door 63 and the GT 4-Door 63 S with a 640 hp and 900 Nm strong variant of that 4.0-liter biturbo- V8, plus the entry-level 3.0-liter which delivers 435 hp and benefits from the 22 hp EQ booster. The arrival of a plug-in hybrid is also on the horizon. 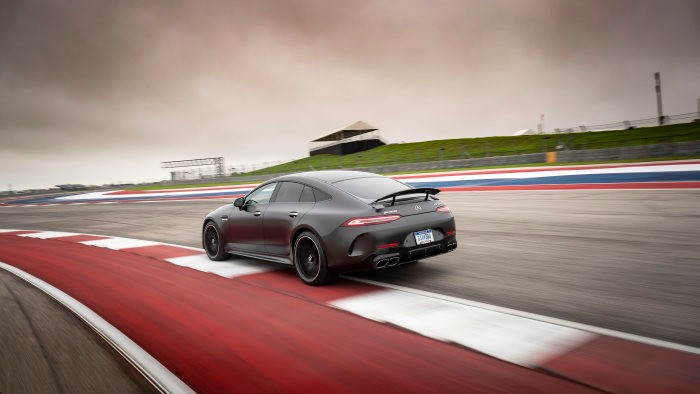 Enough with the technicalities. So, how does the new Mercedes-AMG GT 4-Door Coupe handle? This is what our colleagues from Auto Bild had to say about the new hot AMG model following the international test drive event:

“No, the 4-Door does not drive precisely like the 2-door Coupe Mercedes-AMG GT, although the name suggests so – the sedan does not use the transaxle design of the two-door. But it is certainly not a disappointment either, only the name “AMG GT four-door” was chosen unfavorable. Except for the name, the Mercedes-AMG GT 4-Door Coupe is a completely successful sports sedan. The GT 63 S is likely to be really dangerous to the sales figures of the Porsche Panamera. The top model is damn biting. Its four-liter V8 with 639 hp and 900 Nm makes it the currently strongest model in the AMG line-up. And not only performance-wise, the GT 4-Door Coupe beats the Mercedes-AMG E 63 S sedan with its 612 hp. 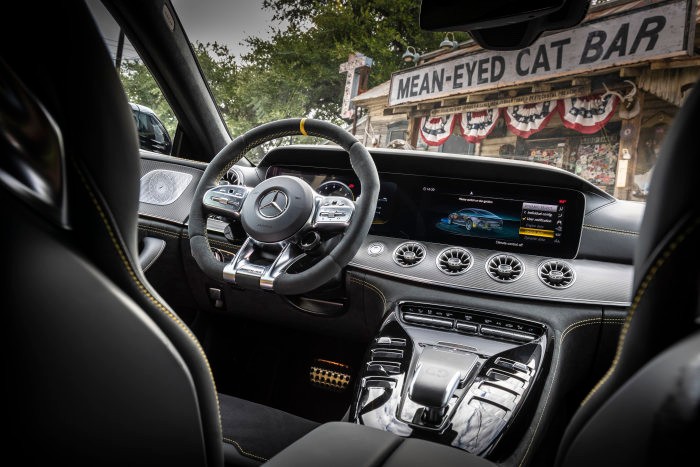 Additional struts make the GT 4-Door noticeably warmer than the E 63, the steering sharper, the suspension firmer and more agile thanks to the rear axle steering in bends. After only a short time on the streets and the racetrack, the Mercedes-AMG GT 4-Door Coupe proves that it is an independent model and not just an offshoot of the E-Class or CLS, as some critics claim. The interventions on the body, the rear axle steering and the larger-sized body kit of the GT four-door also make it heavier than an E 63. At 2.1 tonnes, it weighs almost 150 kilograms more. The weight is noticeable on the race track, where the GT four-door car can not be placed as precisely as the Mercedes-AMG GT R in front of it. However, those who are looking for the best possible combination of family car and race track vehicle and have the necessary financial resources will find it in the GT -Viertürer 63 S certainly a very good choice.” 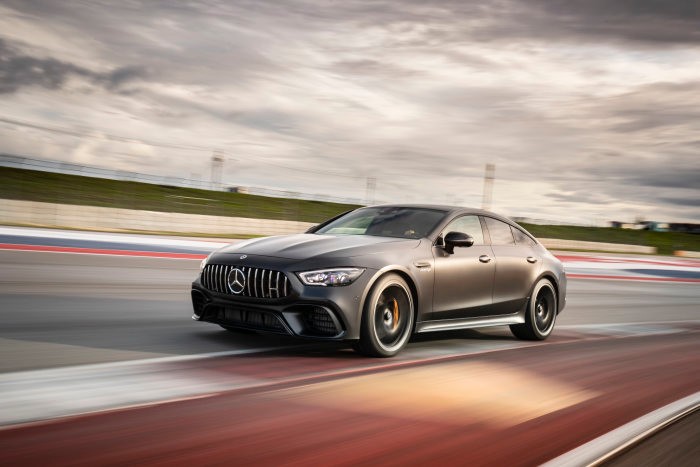 “And the GT four-door 53? Cheaper, less top-heavy, a little lighter, but just as loud as the V8 model, the four-door sedan with its electrically-assisted inline six-cylinder engine is a good alternative to the top models GT 63 and 63 S. Especially for those who want to give up the race track, the three liter bi-turbo with 435 hp is truly enough. With the 109,183 euros expensive GT 53, you could save at least 57,000 euros compared to the GT 63 S with its 167,017 euros starting price.” 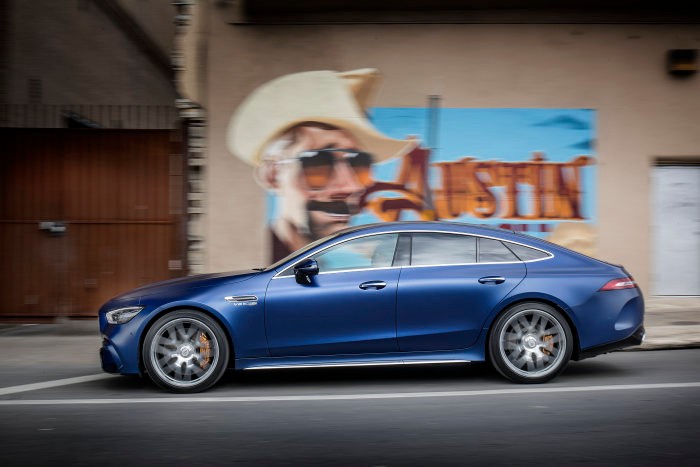