Mercedes will top the GLC series with another AMG version: the Mercedes-AMG GLC 63 with a 4.0-litre bi-turbo V8 engine good for up to 510 hp. The GLC 63 will premiere in two body versions, regular and Coupe, at the New York Auto Show.

At the New York Auto Show in 2016 the Mercedes-AMG GLC 43 debuted as a preliminary top model of the GLC series. The Mercedes GLK successor came with a 367 HP strong 3.0-liter V6 bi-turbo. But the real flagship of the SUV series now follows at the New York Auto Show 2017. Meet the Mercedes-AMG GLC 63, powered by the motorized general purpose weapon of the Affalterbacher: the 4.0-liter biturbo.

In the standard version the AMG 63 will come with 476 hp and 650 Nm, in the S version it ups the ante to 510 hp and 700 Nm. Both variants come as standard with the new AMG Speedshift MCT nine-speed automatic transmission. In terms of acceleration, the GLC 63 reaches 100 km / h in 4.0 seconds for the standard model and respectively in 3.8 seconds for the S variant. The top speed is then electronically limited at 250 items. The standard mixed consumption is between 10.3 and 10.7 liters. 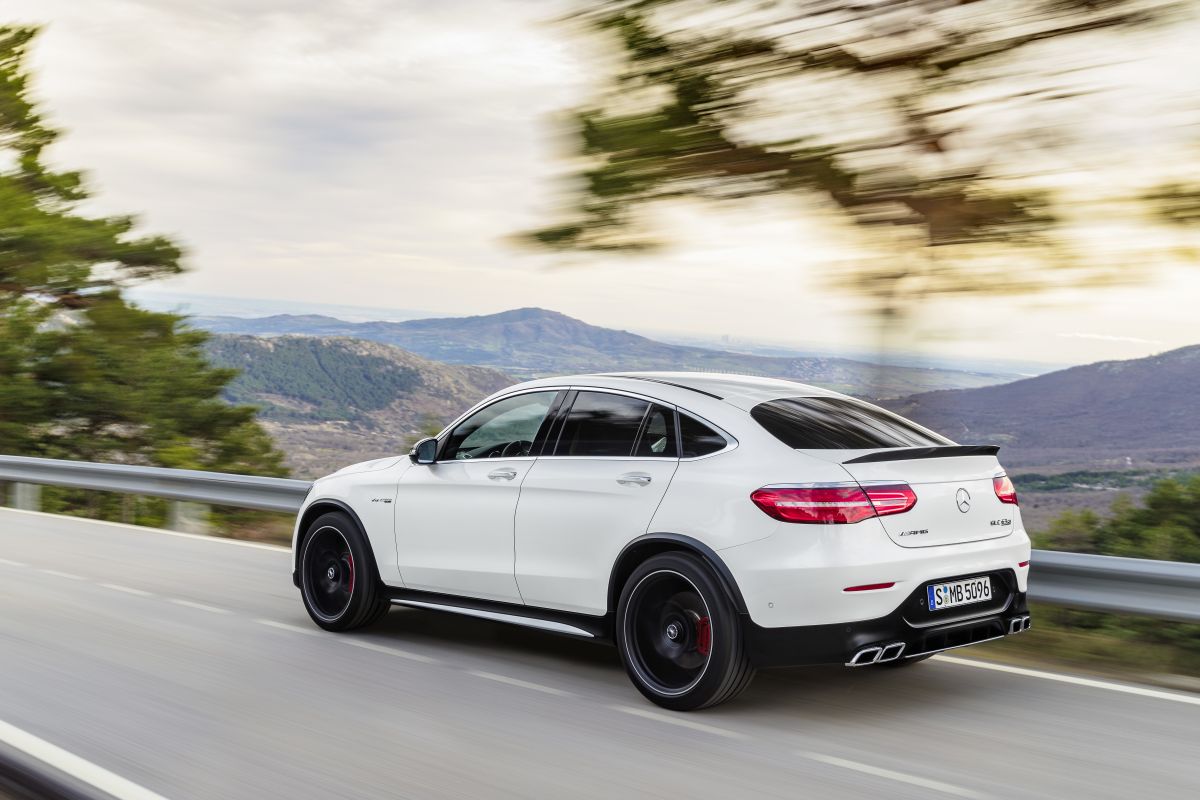 After the AMG E-Class, the GLC now also receives the all-wheel drive system 4MATIC + with fully variable torque distribution between front and rear axle and rear axle differential (electronically controlled in the S version). With the DynamicSelect, four driving modes are available: “Comfort”, “Sport”, “Sport Plus” and “Individual”. Also standard: air suspension with adaptive damping, plus 19 inch alloys (20-inch rims for the S).

Aggressive look for the Mercedes-AMG GLC 63

Compared to the GLC 43 model, the Mercedes-AMG GLC 63 not only comes with more power and more cylinders. The top model also receives a more aggressive front apron with larger air intakes, a Panamericana grill, wheel arch extensions, new side skirts and modified tailpipes.

The interior of the Mercedes-AMG GLC 63 is also trimmed in sports. On board are a leather sports steering wheel, AMG plaques and entry boards, sports seats, AMG instruments as well as aluminum and carbon finish.

The GLC 63 model will be sold from June 16, 2017 and first deliveries will start in September 2017. Prices have not yet been announced. 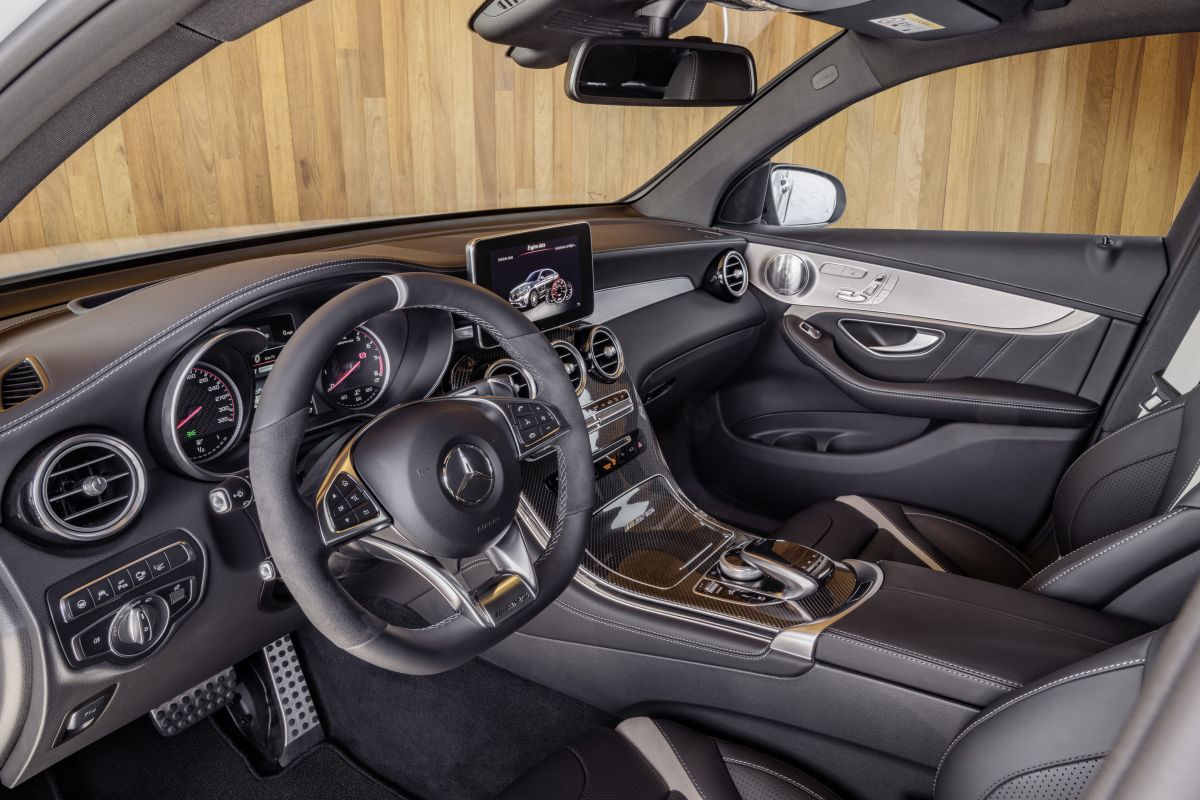