Mercedes-AMG get Engine of the Year Award

They make everything seem so easy, collecting prizes day by day! Here comes another one! The 2-liter 4-cylinder turbo engine developed by Mercedes-AMG just defeated top competitors to get the “Engine of the Year Award”.

The trophy was awarded at the “Engine Expo” that took place in Stuttgart, Germany, and Mercedes-AMG triumphed in the 1.8 to 2-liter category. Therefore, Mercedes-AMG proves once more its expertise in the development and production of high-performance propellers, which do justice to the motorsport genes of the brand. 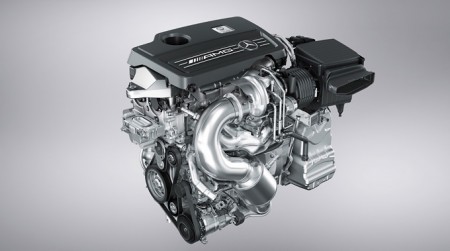 The competition “Engine of the Year” started back in 1999 and it was initiated by the British automotive publisher UKIP Media & Events. 65 motoring journalists from 31 countries made up the fully independent jury this year. They were the ones to cast their votes for the best engines of the year in 12 categories.