Mercedes-AMG G 65 4×4² V12 Convertible has been officially teased on the company’s Facebook page. Mercedes-Benz continues to give the legendary G-Class a boost with the introduction of extra high and extreme models.

After the six-wheel 63 AMG 6×6 and the shorter but equally high 500 4×4² now is the time for what looks like a V12 convertible version of the series’ extra commanding G-Class. The picture on the Facebook page of Mercedes-Benz does not give much away.

Closeup of the back of the newcomer shows a view on the back mounted spare tire and a taillight. Above the wheel is a floating brake light, similar to the regular convertible versions of the G-Class. Behind that we can glimpse the open roof.

Differences between the existing convertible and the car in the picture are extensive. The extra-wide wheel housing on which, moreover, comes with carbon fiber finish. The ground clearance appears to come from the aforementioned 4×4². 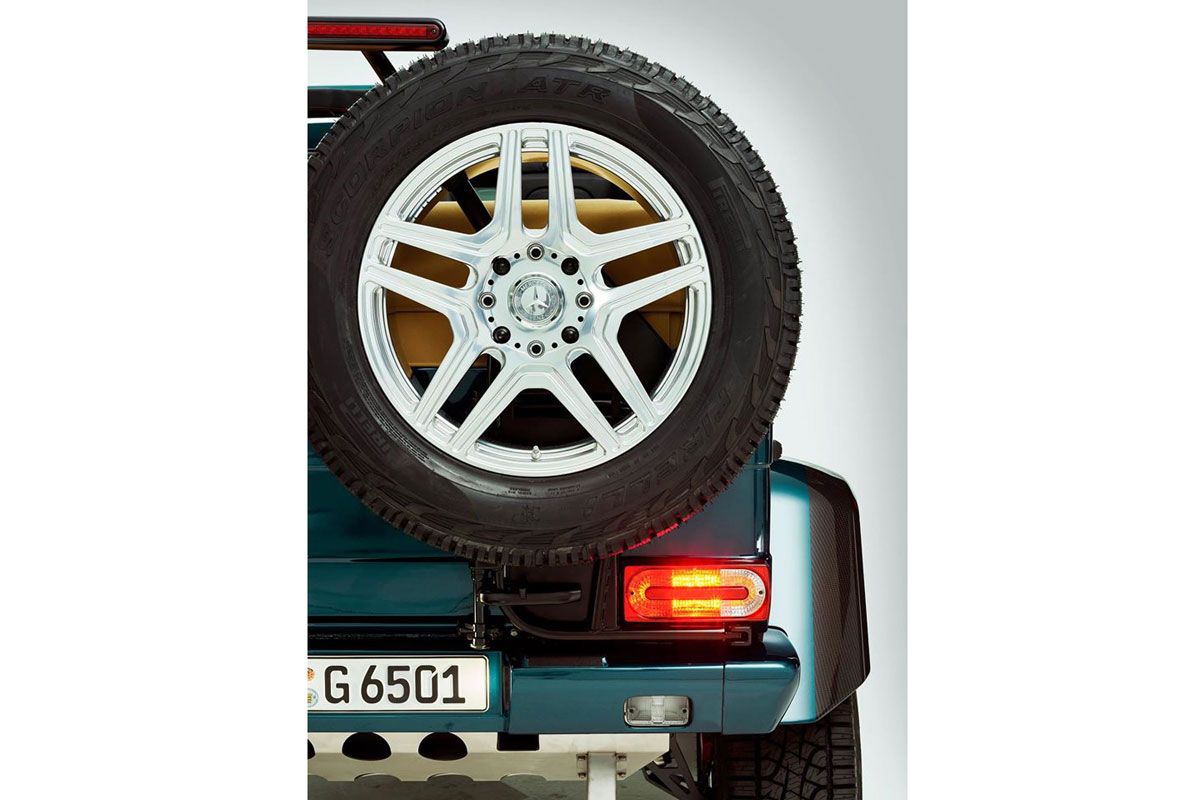 The teased Mercedes-AMG G 65 4×4² V12 Convertible has nothing to do with the all-new G-Class, which Mercedes is already testing in prototype form. All the news about the new generation G-Class you can read here.

Stay tuned for more details on the eve of the Geneva motor show, on the 7th of March.