MERCEDES-AMG E 63 T-MODELL: meet the fastest, most powerful family car in the world. Mercedes-Benz continues to expand its E-Class range. Today it is the E-Class Estate which comes in E 63 guise. Sales will start in April 2017 with first deliveries set for June.

Like its sedan brother, the E-Class E 63 T-Modell comes in two flavors. The E-Class in its sportiest and most spacious form owes its propulsion to the four-liter V8-Biturbo with 612 hp known from the sedan. At least in the S-model. The “basic version” starts with 571 horses. Switching is via a nine-speed Speedshift automatic. The sprint from zero to 100 km / h takes 3,6 seconds. The S-variant needs 3,5 seconds.

The ‘regular’ 63 AMG is therefore 13 hp more powerful than its predecessor. For the S version that growth is rated at 27 hp. 4Matic all-wheel drive is standard on both variants. The top variant impresses with powerful 850 Nm torque (2,500 to 4,500 rpm). Optionally, there is a 290 km / h top speed package for the particularly ambitious pilots. The S variant also has a drift mode on board, which turns the E 63 S into a pure rear-wheel drive car. The fuel consumption is rated at 9.1 liters per 100 kilometers, the CO2 emissions at 206 grams per kilometer. Thanks to the standard cylinder deactivation system, only four of the eight cylinders work in the partial load range. According to Mercedes, the passengers should not feel it.

Also standard is the new all-wheel drive system 4Matic +, which now distributes the force between the axles, thanks to an electromechanical clutch. The “plus” in the designation refers to this innovation. In order to ensure maximum traction, the torque distribution is continuously calculated and continuously adjusted. The nine-speed automatic gearbox has also been revamped. The shift times have been shortened and a wet starting clutch now replaces the torque converter. 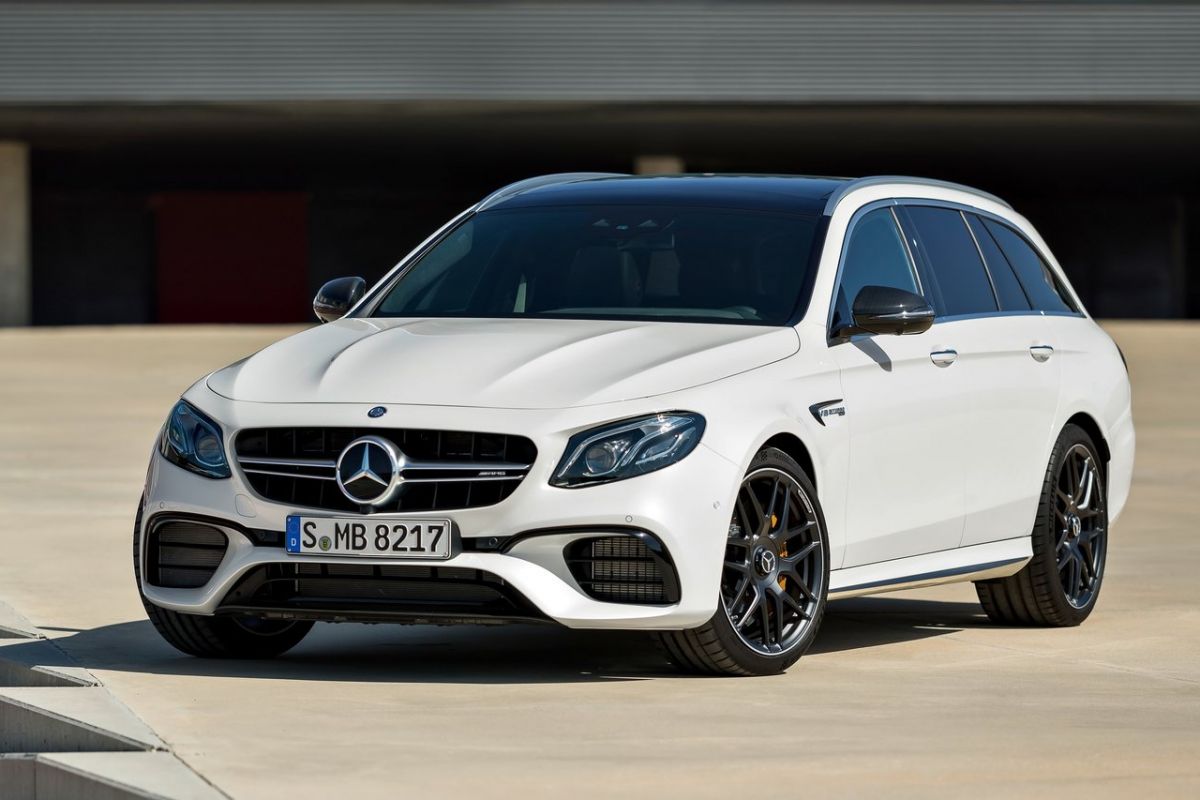 The Mercedes-AMG E 63 S 4Matic + T model (true, the name is already a little long), has dynamic engine bearings, which are designed to provide a stiff but less prone to vibration connection to the power train.

In terms of ground contact, Mercedes is adding an air suspension to the performance model of the E-Class, which can be adjusted in three different degrees of hardness. In curves the standard adaptive springs harden automatically. Also new is the rear axle locking differential, which is electronically controlled in the E 63 and mechanically in the S version.

Compared to its predecessor, the 27 millimeter wider wheel arches now accommodate a wider track and larger wheels on the front axle. The bonnet is cut between the fender and bumper, giving the E 63 T model a less angular and aggressive face. This is not as negative as it may sound. The fresh look is good for the potent Swabian and fits perfectly into the current corporate design line. Inside, the dynamic line with carbon, nappa leather and gray contrasts are carried on.

Technical data at a glance

With all the looks and performance, the new E 63 T-Modell is a family car: the load volume of the trunk is 640 – 1,820 liters. In addition, the seat backrest has a new cargo function. It can be set up ten degrees more steeply and thus provides an additional 30 liters of storage space if required. It is divisible in the ratio 40:20:40. Unlocking is electric.

As already known from other model series, the special launch model “Edition 1” is offered for the Mercedes-AMG E 63 T model for one year. The exclusive model comes in a selenite gray or night-black varnish, on 20-inch wheels with AMG Night package. Inside, black leather, as well as yellow decorative seams and accents characterize the ambience.

The new model will celebrate its premiere at the Geneva Motor Show in March. 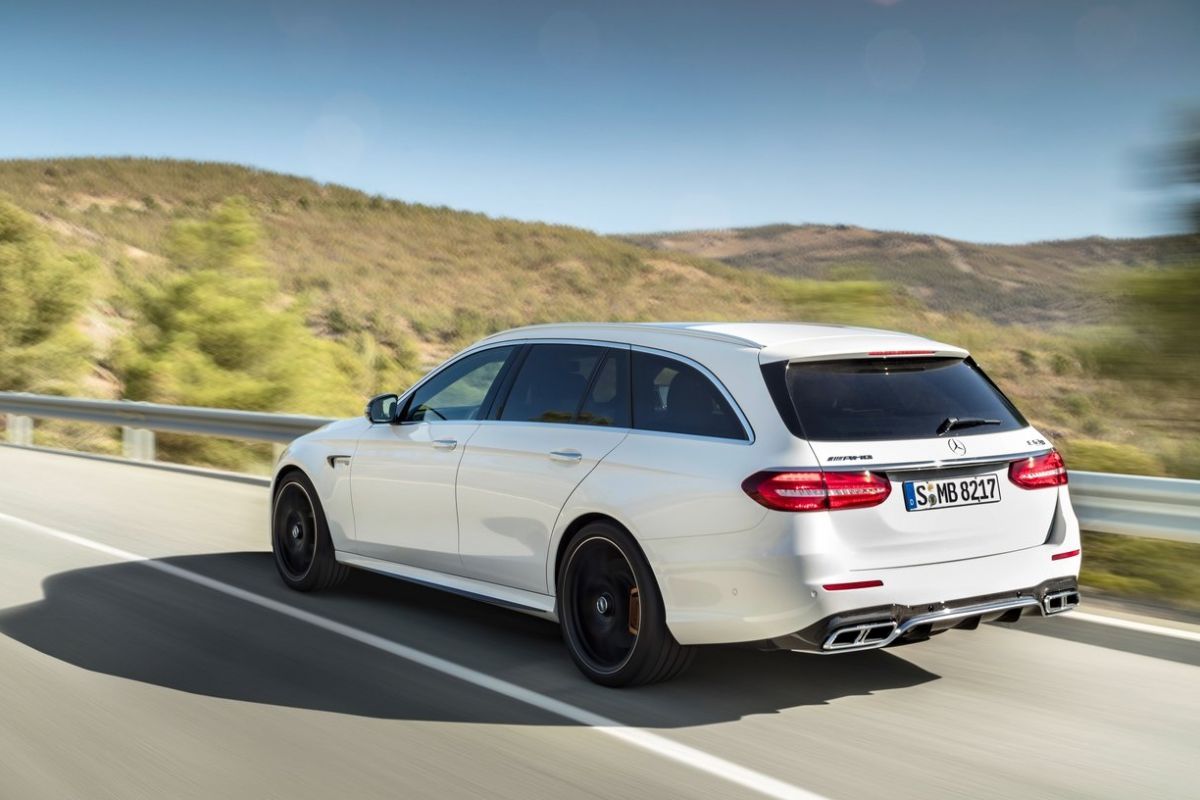