1,376 hp come together in this comparison test. Our colleagues from Auto motor und sport start the showdown with the Mercedes-AMG C 63, Audi RS 5 and BMW M4 Competition. There can be only one winner!

Three coupes, all of which play in a driving and dynamics league that was not long ago supercar territory. To find out which of these three coupes, each with around 450 hp, two turbos and pronounced victory desire we wonder off through the magic of the night.

The Audi RS 5 is like the first ride in the roller coaster. You get in, get the belt, buckle up. The engine starts to hum. The kilometers from the city are like the time when the roller coaster is pulled up. Unspectacular, you hardly notice everything. Because you are just waiting for the moment when the train will plunge into the depths and get carried away. And because the Audi moves so gently through its eight automatic stages. After the ignition roar of the engine, to whose reassurance there are two turbos, the spacious coupe remains fairly quiet. With adaptive dampers, the RS 5 is in Comfort mode bumps away, what you had not expected. 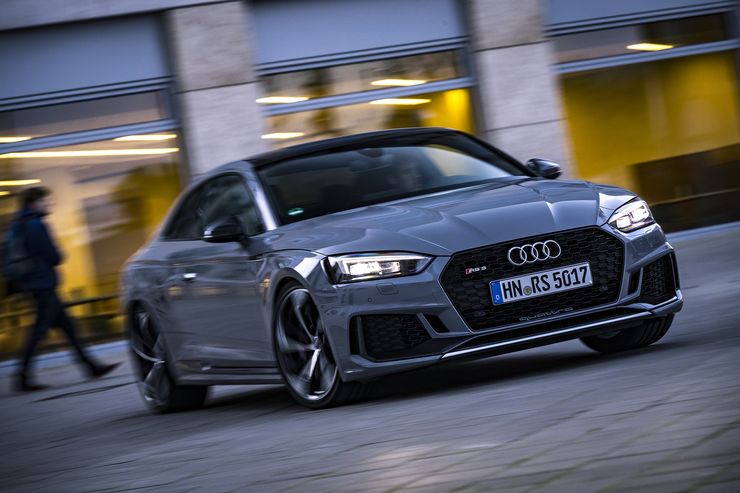 Before it gets too cuddly in the thickly padded sports chair, it goes on the highway. Gas, the engine bristles shortly, then the RS 5 beams at an enormous pace but does not plunge into the depths like a roller coaster. It feels more like an ICE train.

Do not get us wrong, the RS 5 dominates the highway, can not be irritated by grooves or crosswinds. But for all that, the three-liter TDI for 27,000 euros less is just as good – at half consumption.

In search of the explanation, we are digging around in the past and look at the old RS 5 with its V8 – a very imperfect engine according to today’s engineers, 170 Nm weaker, 31 kg heavier and 1.8 l / 100 km thirstier than the 2.9-liter V6. The three-liter engine has three millimeters less stroke. The intake and exhaust sides are reversed, the two turbos – one per cylinder bank – sit in the hot V, get up to speed faster due to short gas flow paths. At 1.5 bar, they press air into the combustion chambers. The V6 is revving, cultured, strong and, well, efficient. 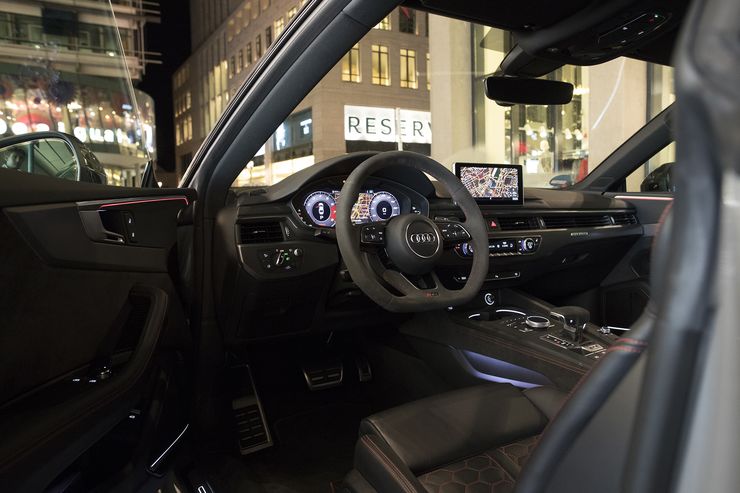 But the RS 5 should be less of a perfectionist for its own good. Even so, it wins here because it has space, many assistance systems, good comfort and a comprehensible service. And because it – again this word – efficiently produces speed.

Then we are on the highway, on which really nobody should reach the tempo potential of the RS 5. Because of the very large safety reserves and the excellent traction is such a game of, well, boredom. The RS5 is slightly unsteady on undulating stretches, in curves, it builds more lateral inclination than the other cars here. Because Audi has designed a roll compensation, in which the adaptive dampers are interconnected. The effect sometimes is not easy to grasp: the loaded wheels they press against curves, thus reducing the side tilt.

So, now we go to the closed handling course. As long as the ESP is on, you can do whatever you want. Curves? Yes, there the RS 5 expresses itself with the force of its engine and the expertise of its variable-power four-wheel drive (from standard 40:60 front to back up to 85:15 or 30: 70) and the cleverness of its sport differential with variable torque distribution. 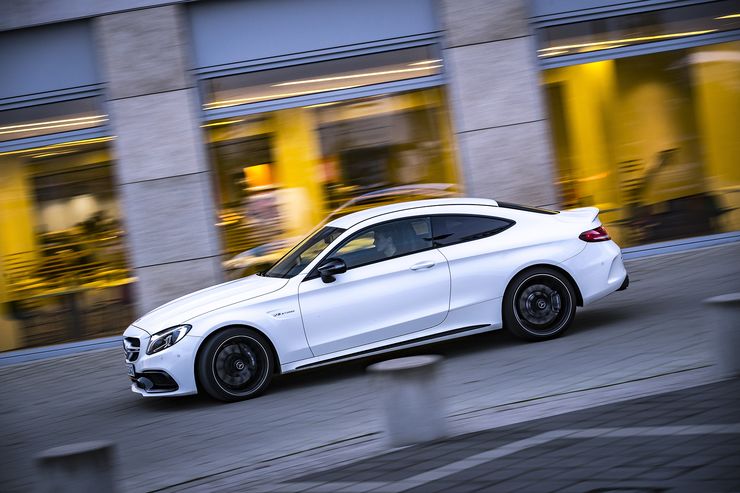 The C 63 and you, that’s like the first brawl you got into with a good buddy – a little to your astonishment. Because this is a fully dotted comparison test, we should inform about the modest space of the C 63 in the rear, on the rich assistants arsenal, the conditions-minded service and the almost reasonable price. But then you turn the ignition key. While you’re still thinking how easy it is that you do not need the start button, the big V8 biturbo starts under the hood and sounds like a grizzly with a mean temper. Long live the eight cylinder bi turbo.

You could say this was a good reason to choose the C 63. That would be wrong. This is the reason. With gentle changes and dry sump lubrication, the four-liter unit is identical to the one featured in the AMG GT.

It also carries his two turbos in the hot V area, whistling with 1.1 bar air into the combustion chambers. The water pump can deliver 420 liters of cooling water per minute. That’s enough for two baths. What almost impressed us, we would not know that the water pump of the Bugatti Chiron fills six tubs in the same time. 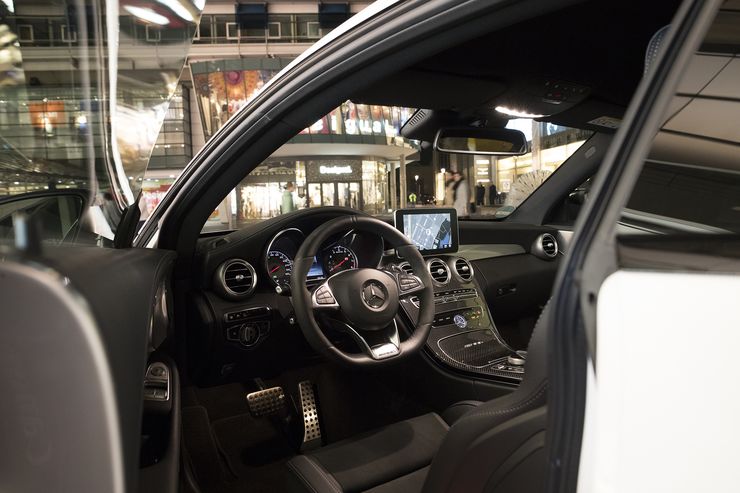 Any doubt? At first a shy gas swab pushes the coupe forward with the entire force that the tire passes the grip. Since this AMG acts like an AMG from the past: a car that strikes straights and tangles in curves. In fact, it’s only a scramble that does not end on the highway due to the suspension. The adaptivity of the dampers is limited to variants of uncomfortable hardness intensities. The somewhat high-positioned sports seats are also hard, the noise level considerably, resulting in a coherent, low comfort level.

Even for the C 63, the road is too slow, although he can never drive as effortlessly fast as the Audi – too weak the traction, too bumpy the suspension. So on to the handling course. Since you can strive for a clean line, the slightly sluggish steering lacks something like the feedback of the Audi. But after exactly three laps you click the ESP on “Sport”. With increased control threshold, the system now allows oversteer. And oversteer is always possible. 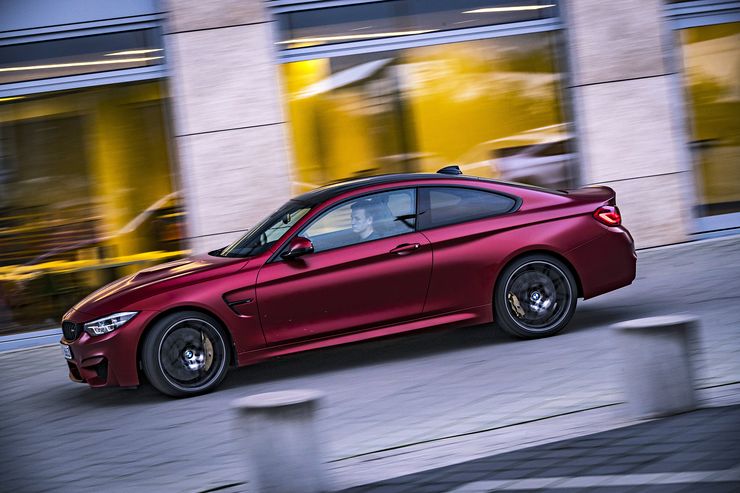 Works so easily with 650 Nm. If we had just driven M4, this could feel a little like a hippopotamus when the 1.8-tonner swings through bends, the rear already closes to the side, then gets back on track thanks to the ESP. The C 63 pushes briefly into understeer. But the M4 can wait. Now we still struggle a few laps with the C 63 over the course. When we are done, the echo of the V8 will continue to ring the countryside for a long time.

The M4 Competition and you, that’s how it should be when you’re grown up enough to make a dream come true for 89,790 euros. It does not win though. He is tough and loud, and we should brand the incomplete range of assistance systems. All right! 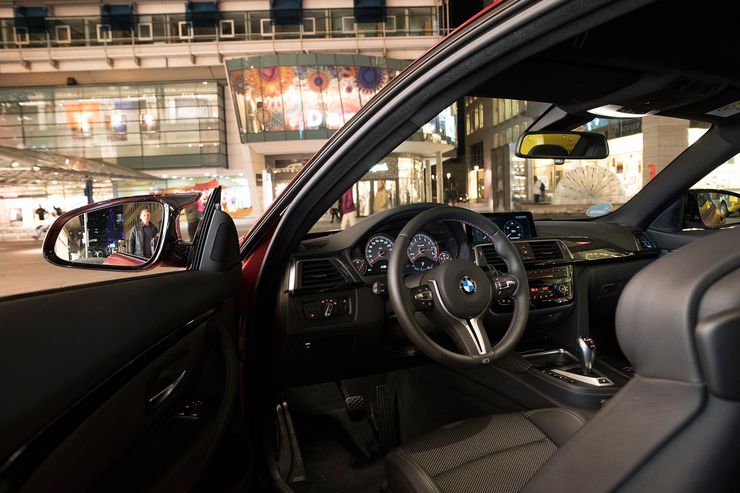 Once that’s done, we’ll focus on the strengths of the M4: everything else. We do not mean the good space, the clever infotainment or the rich equipment. No, the M4 is more agile, stronger, rousing, just more M4 with the Competition package. It costs 7,300 euros, brings the coupe 19 hp more power, sportier settings for the ESP and a rear differential. The chassis gets taut springs and stabilizers, plus more dynamic programmed Adaptive dampers. In the cockpit, we welcome the terrific sports bucket seats and the sound made by the sports exhaust system. Over 80 percent of customers buy the M4 with the Competition package and they are right to do so. 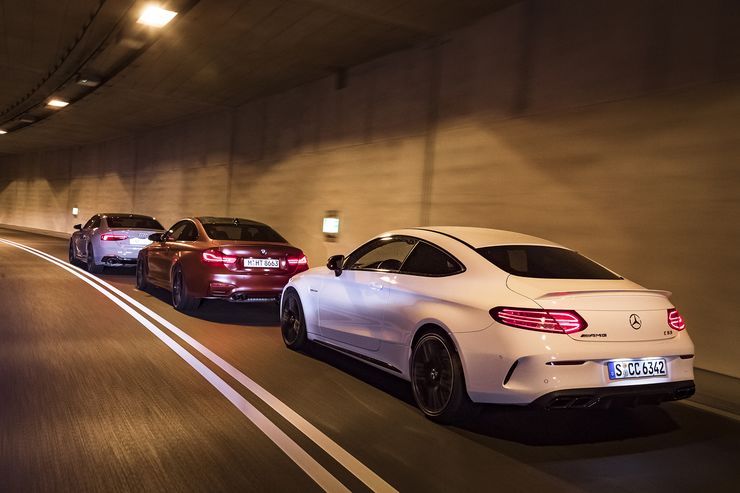 The RS 5 sums up to a victory that is not based on handling brilliance or a rousing drive. It is a victory of efficiency in speed, comfort, traction.

The BMW shines only in the handling department, instead of running after the balanced sum-of-his-characteristics. He is right at the border between sports and racing cars.

The V8, this brilliant V8, and its power dominate all the action in the C 63. It’s a car that you use to race over roads. Manners? Not well, but who cares when it has the lowest price. 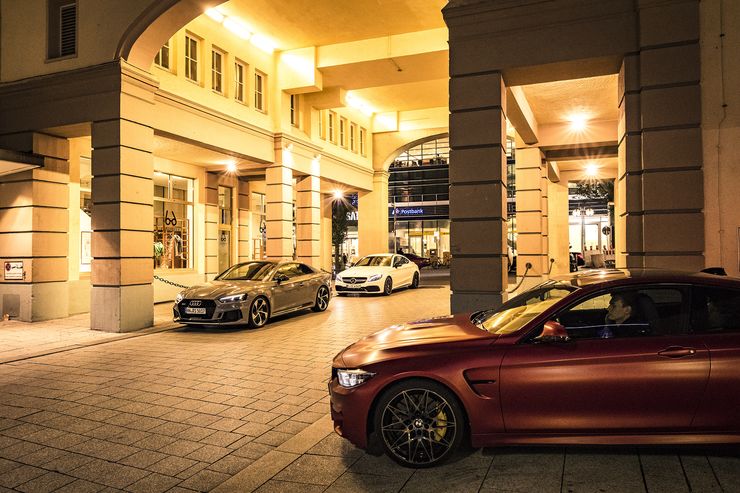